Every philosophical, ethical, and political idea—its lifeline connecting it with its historical origins having been severed—has a tendency to become the nucleus of a new mythology, and this is one of the reasons why the advance of enlightenment tends at certain points to revert to superstition and paranoia. The majority principle … has become the sovereign force to which thought must cater. It is a new god, not in the sense in which the heralds of the great revolutions conceived it, namely, as a power of resistance to existing injustice, but as a power of resistance to anything that does not conform. 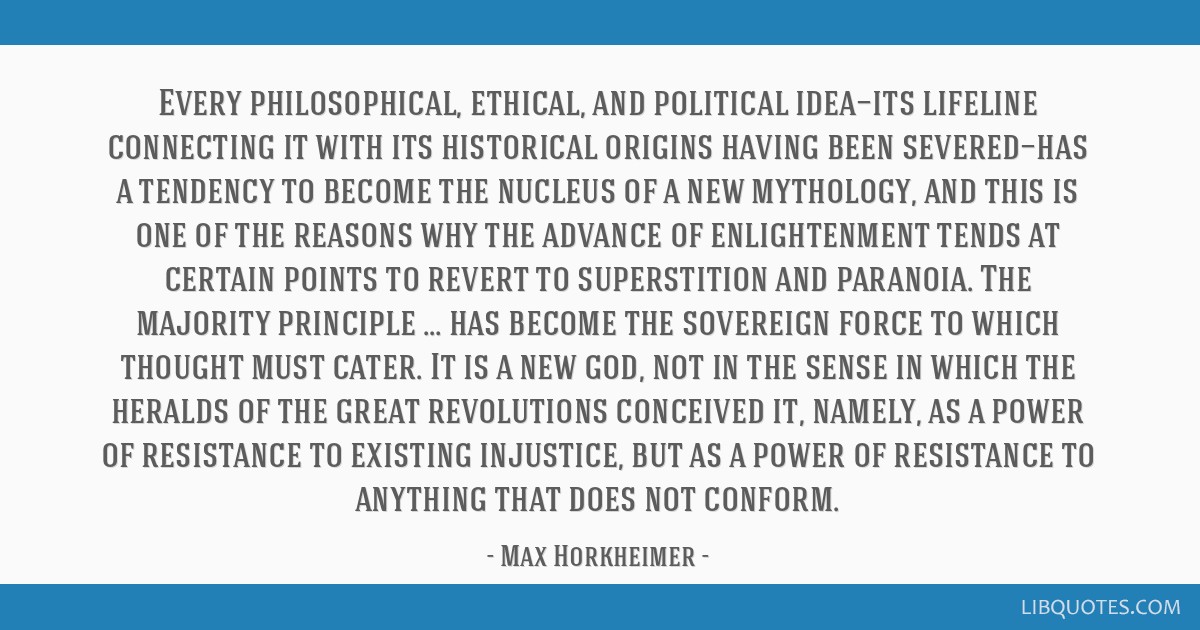 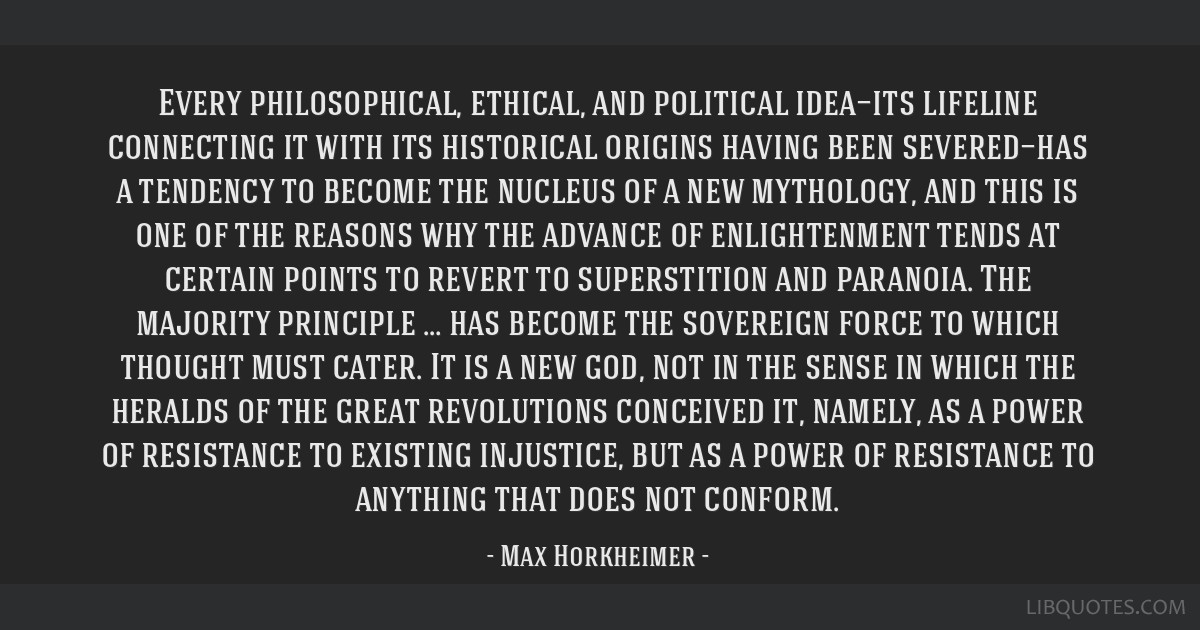 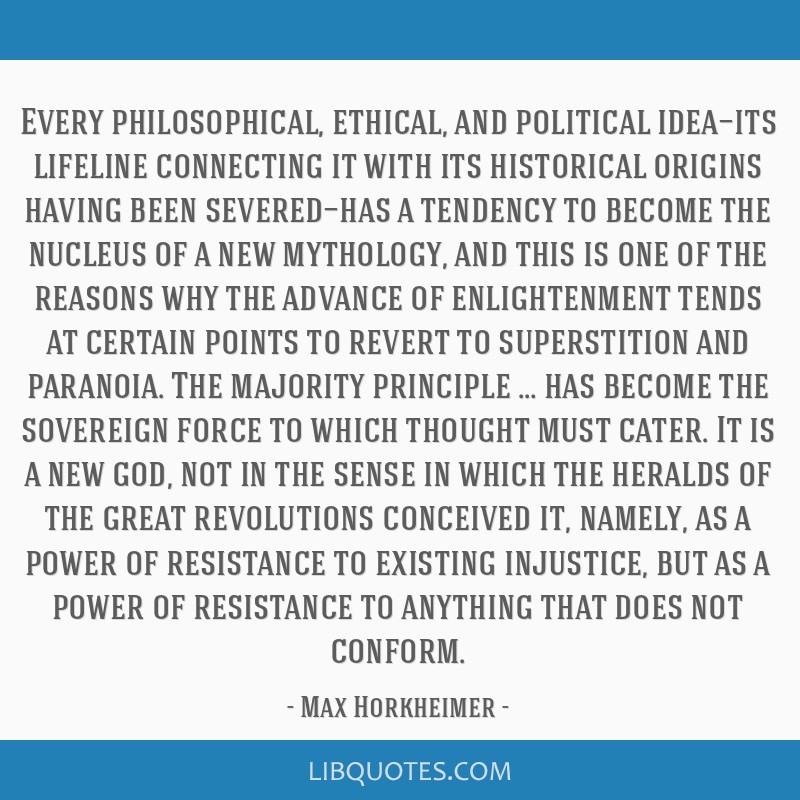 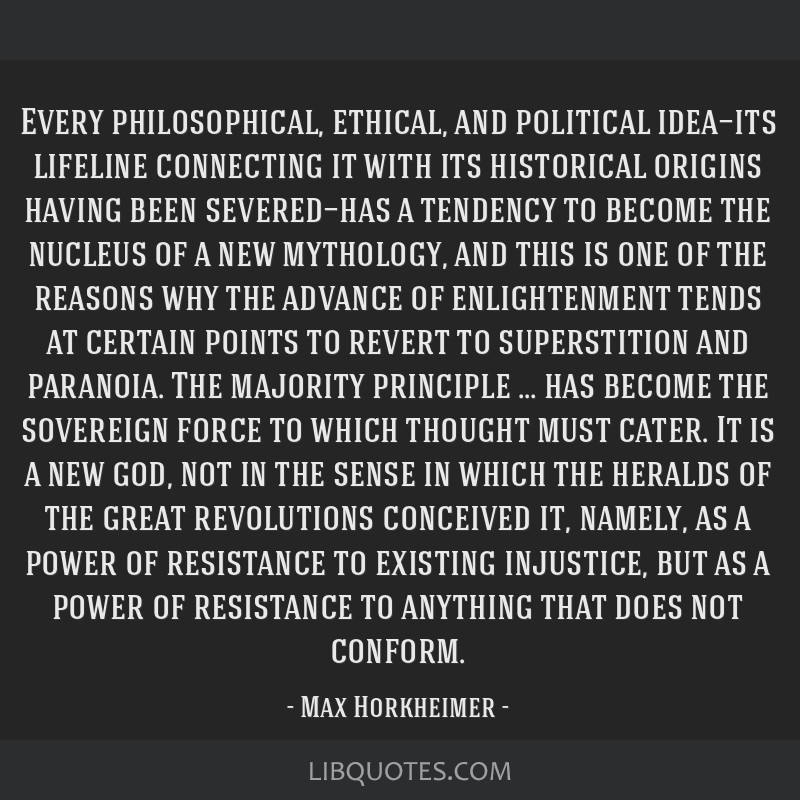 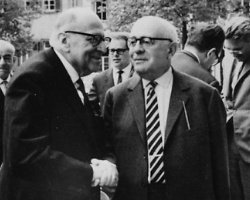