I'm told that Saint-Saëns has informed a delighted public that since the war began he has composed music for the stage, melodies, an elegy and a piece for the trombone. If he'd been making shell-cases instead it might have been all the better for music. 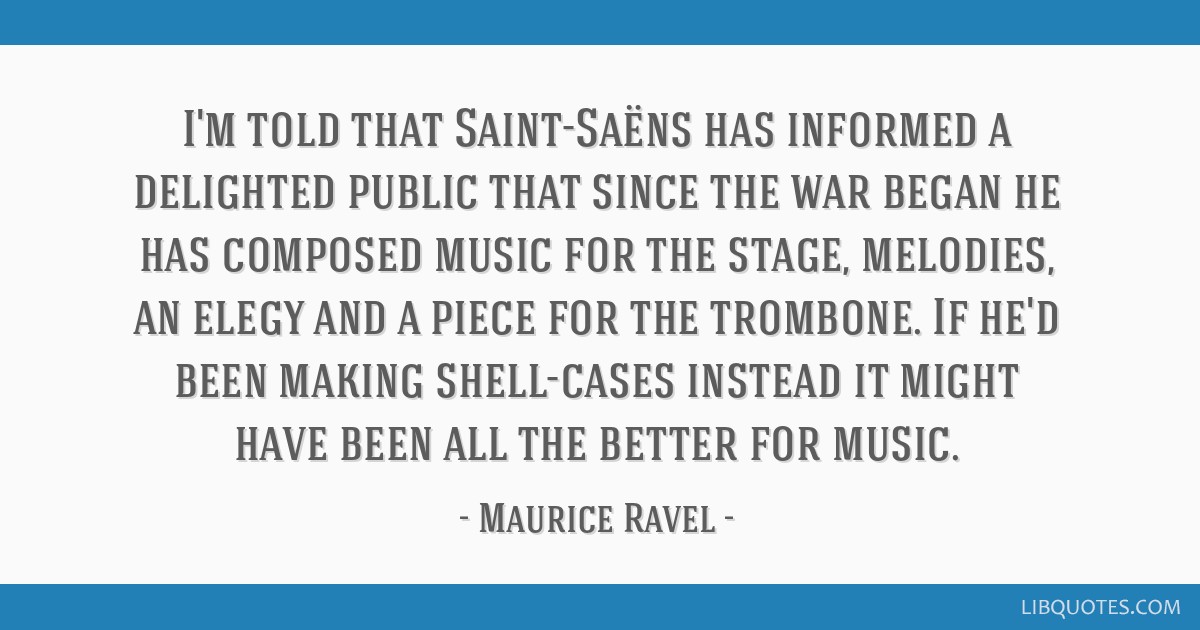 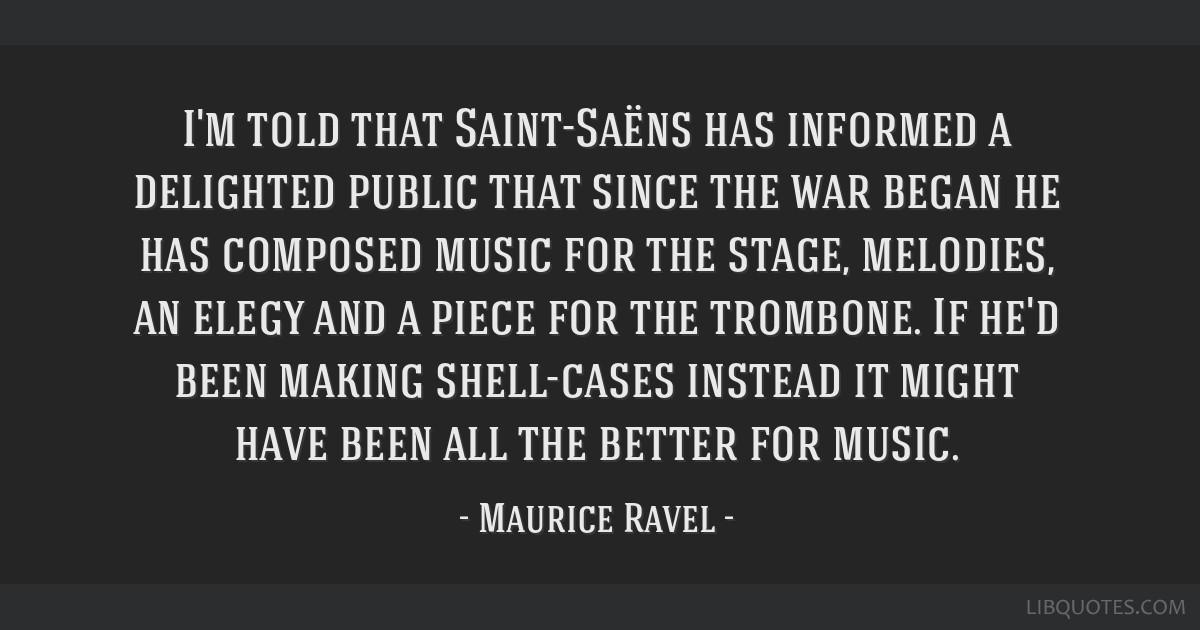 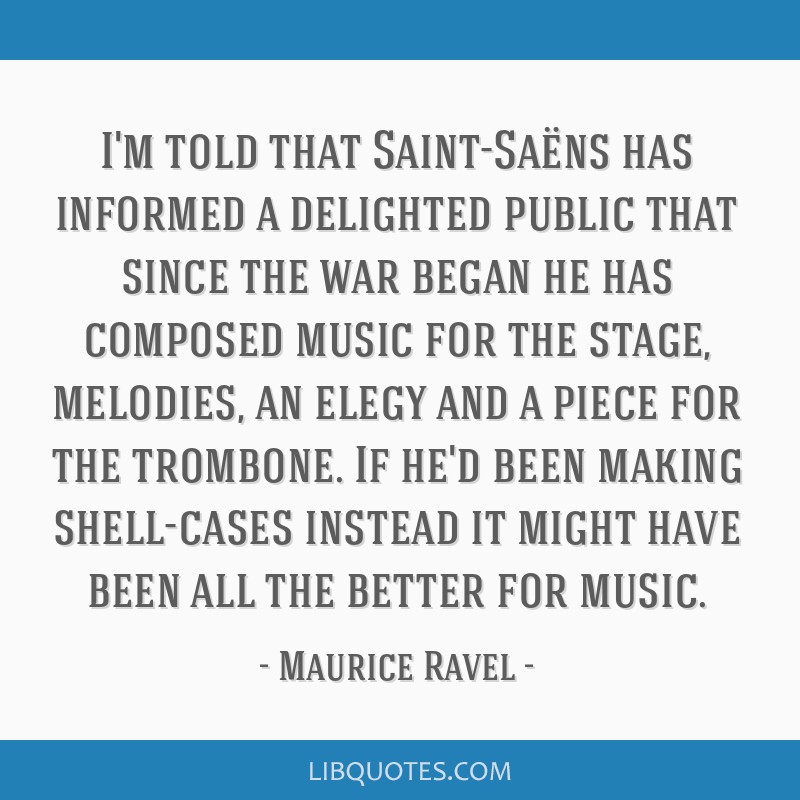 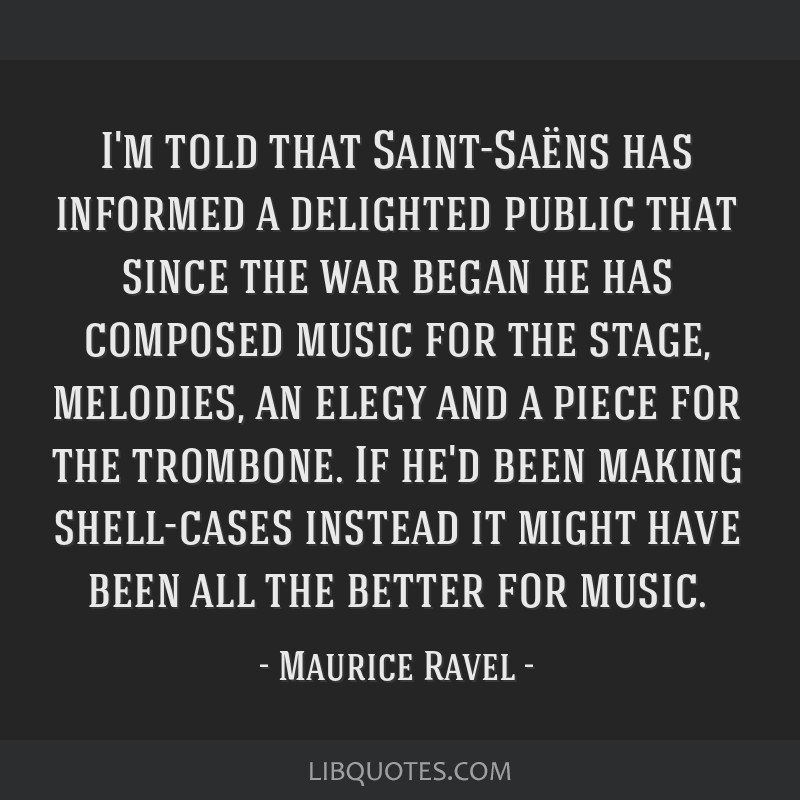