A month after Powell's speech, New York Times columnist Maureen Down remarked that it was no wonder Americans were confused; the United states was about to go to war against a country that did not attack it on September 11, as did al-Queda; that did not intercept its planes, as did North Korea; that did not finance al-Queda, as did Saudi Arabia; that was not home to Osama bin Laden's lieutenants, as was Pakistan; and was not a host body for terrorists, as were Iran and Syria. 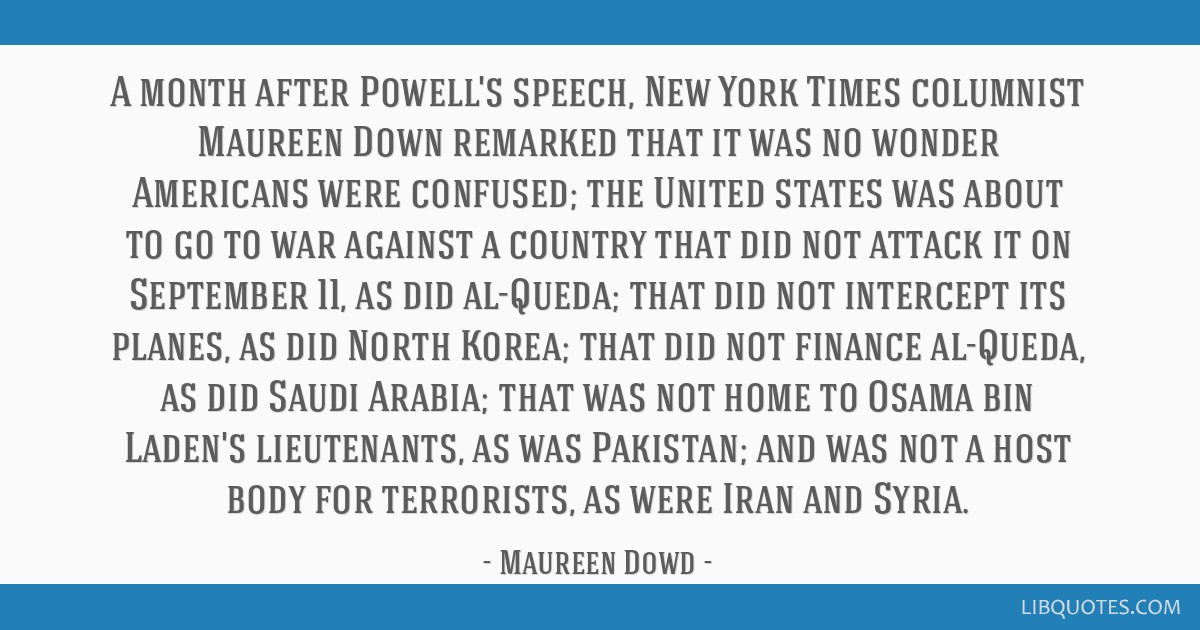 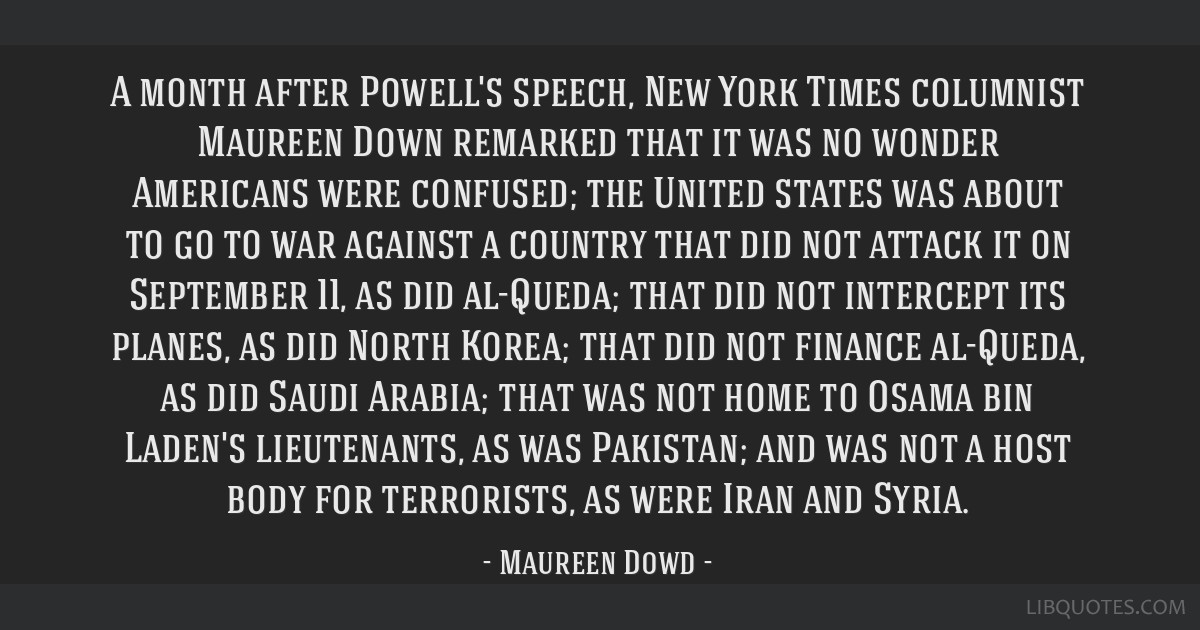 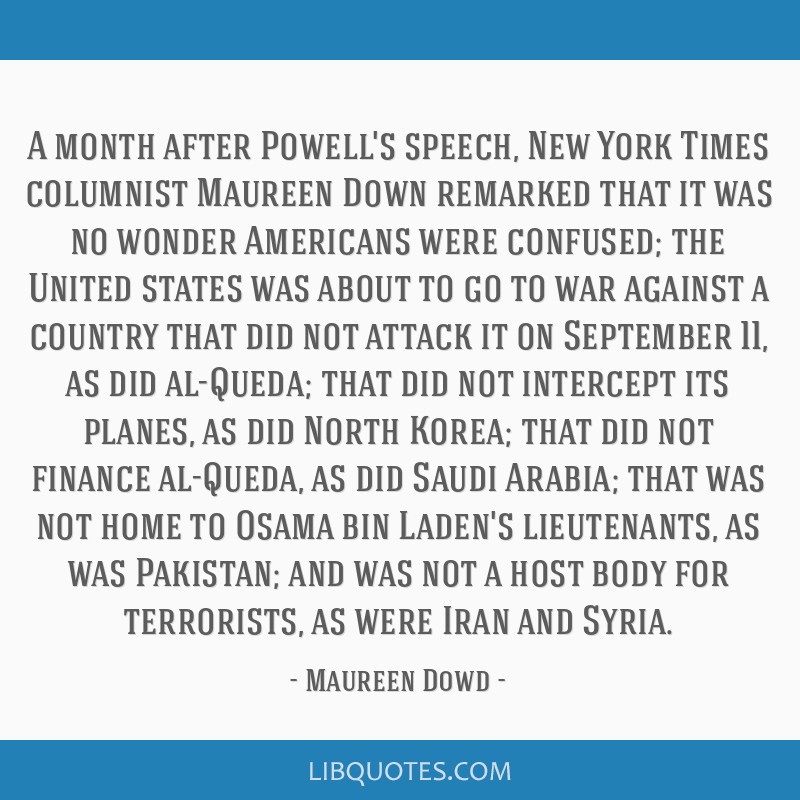 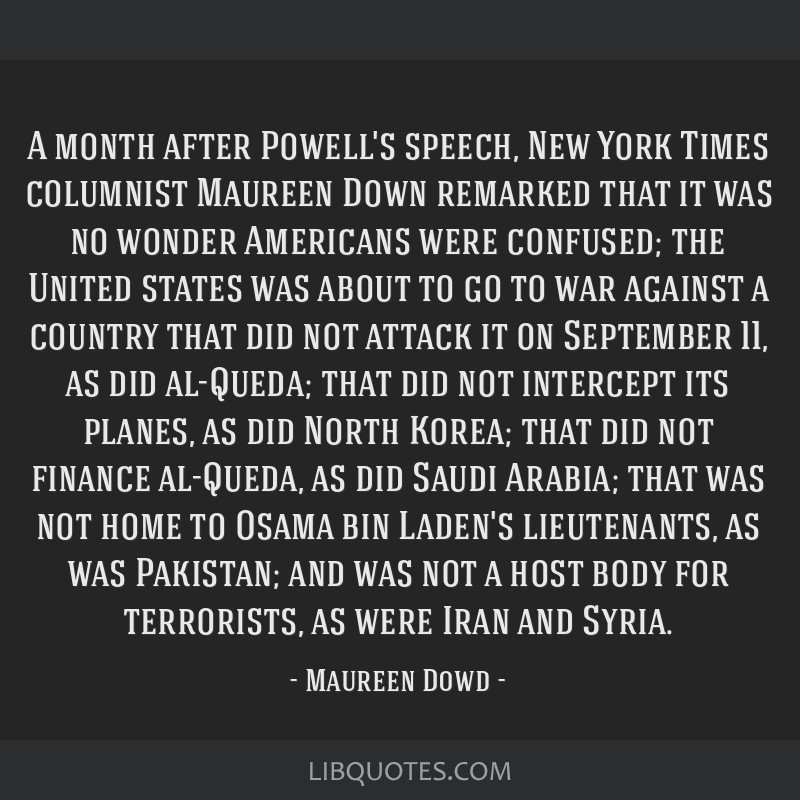 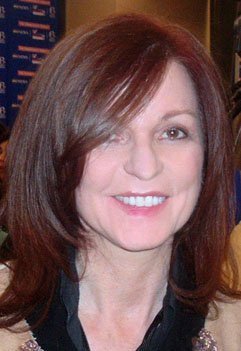