The preposterous distinction of rank, which render civilization a curse, by dividing the world between voluptuous tyrants and cunning envious dependents, corrupt, almost equally, every class of people, because respectability is not attached to the discharge of the relative duties of life, but to the station, and when the duties are not fulfilled, the affections cannot gain sufficient strength to fortify the virtue of which they are the natural reward. Still there are some loop-holes out of which a man may creep, and dare to think and act for himself; but for a woman it is an herculean task, because she has difficulties peculiar to her sex to overcome, which require almost super-human powers. 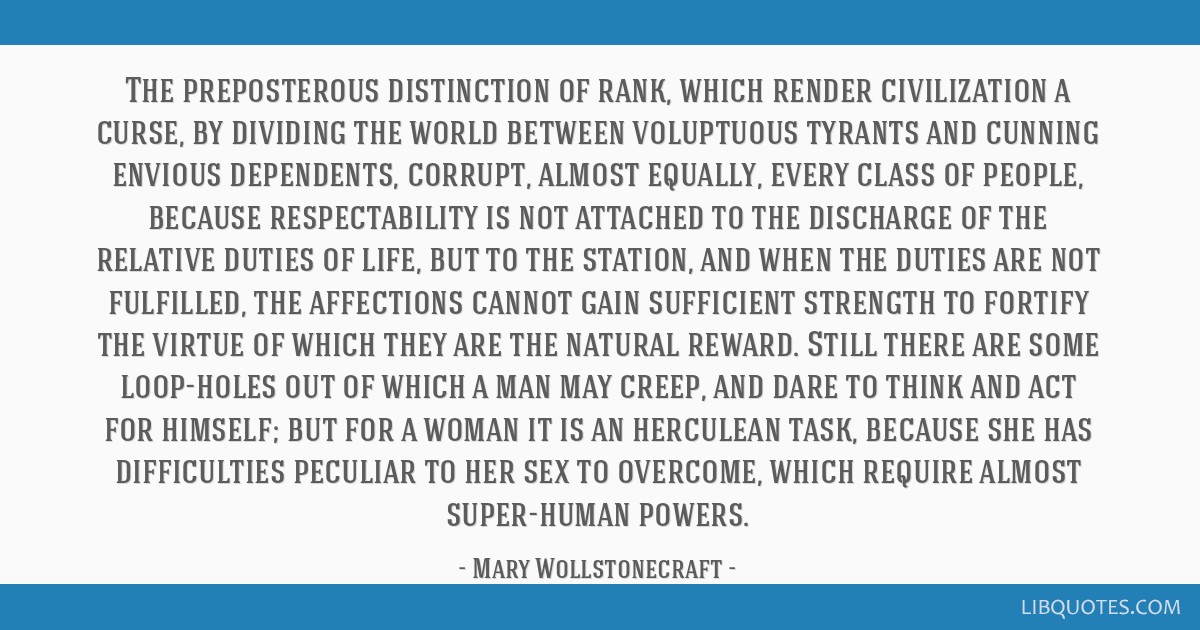 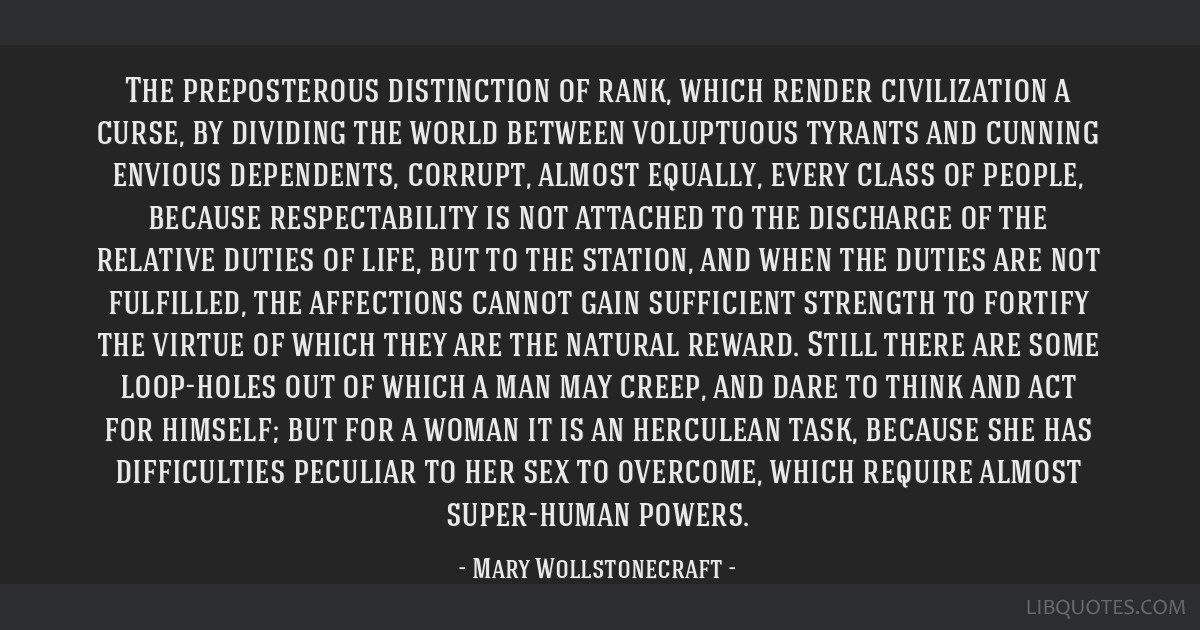 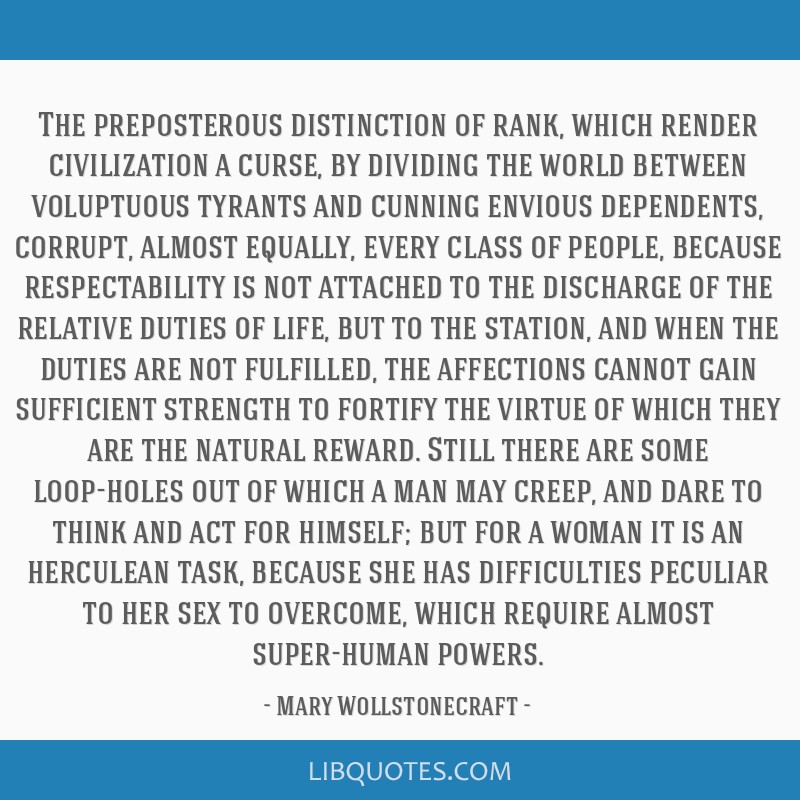 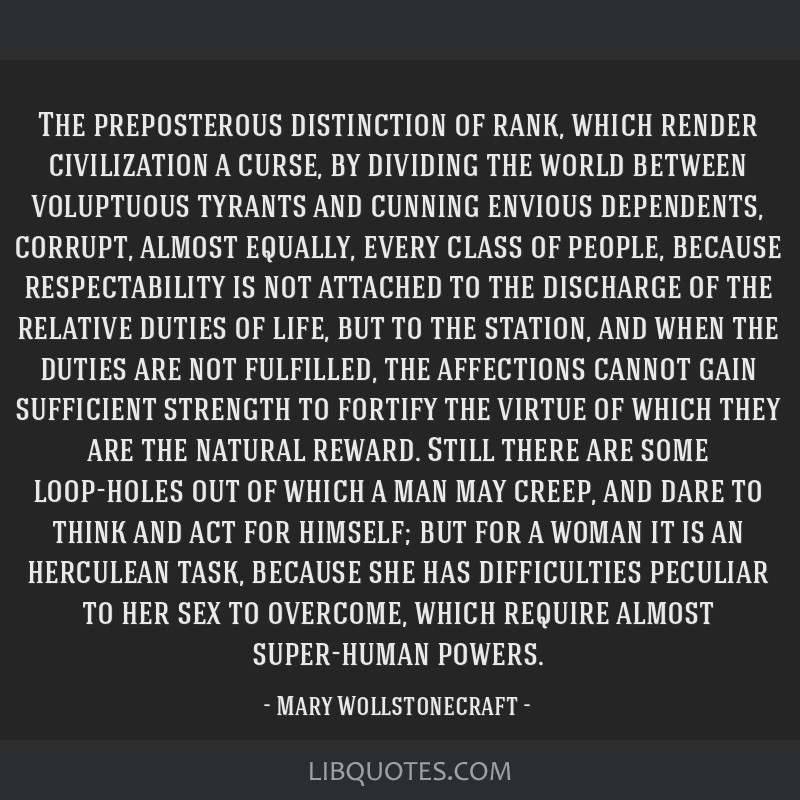 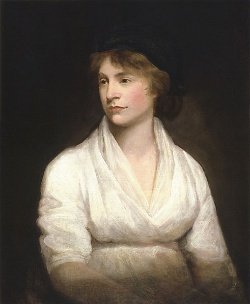