For the history of the centuries that have passed since the birth of Christ nowhere reveals conditions like those of the present. There has never been such building and planting in the world. There has never been such gluttonous and varied eating and drinking as now. Wearing apparel has reached its limit in costliness. Who has ever heard of such commerce as now encircles the earth? There have arisen all kinds of art and sculpture, embroidery and engraving, the like of which has not been seen during the whole Christian era. In addition men are so delving into the mysteries of things that today a boy of twenty knows more than twenty doctors formerly knew. 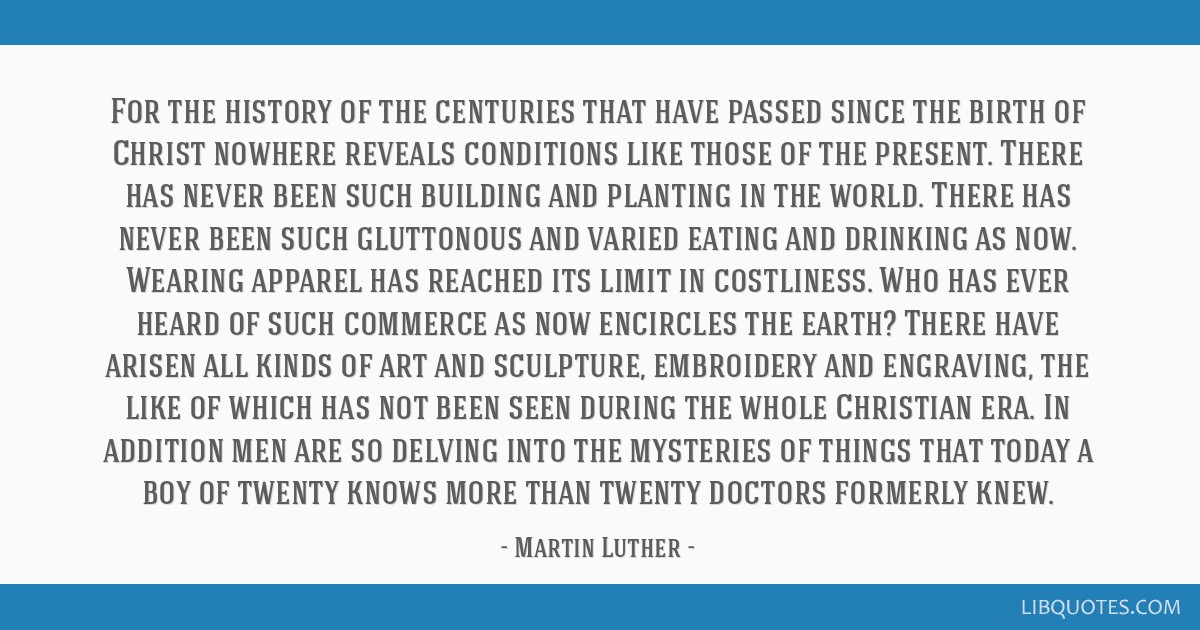 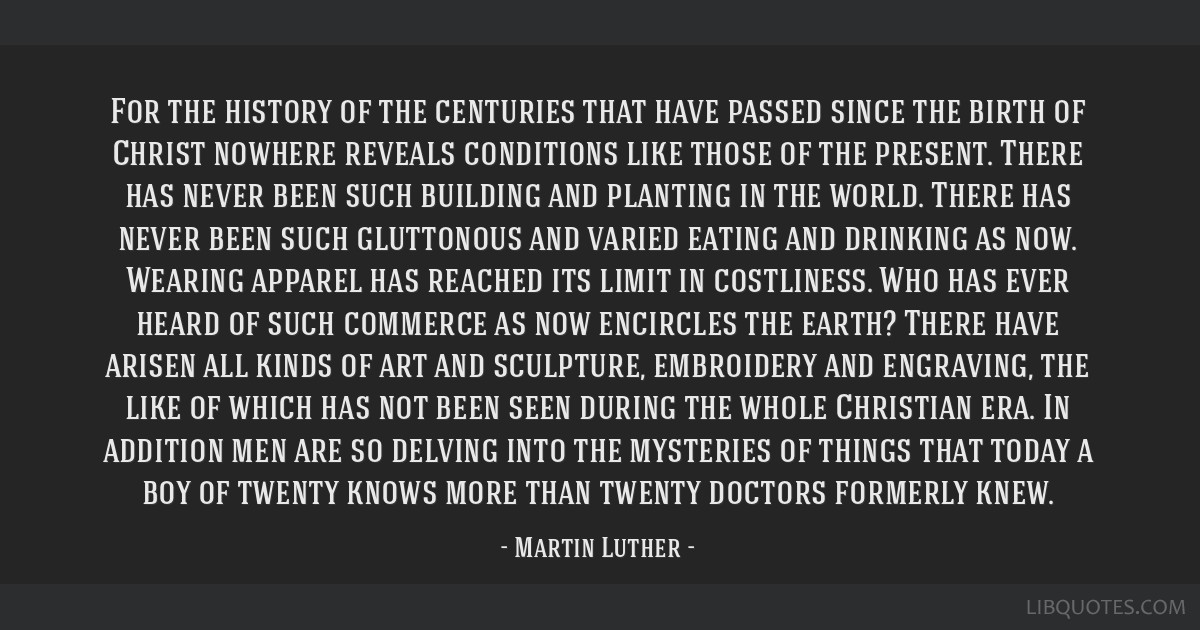 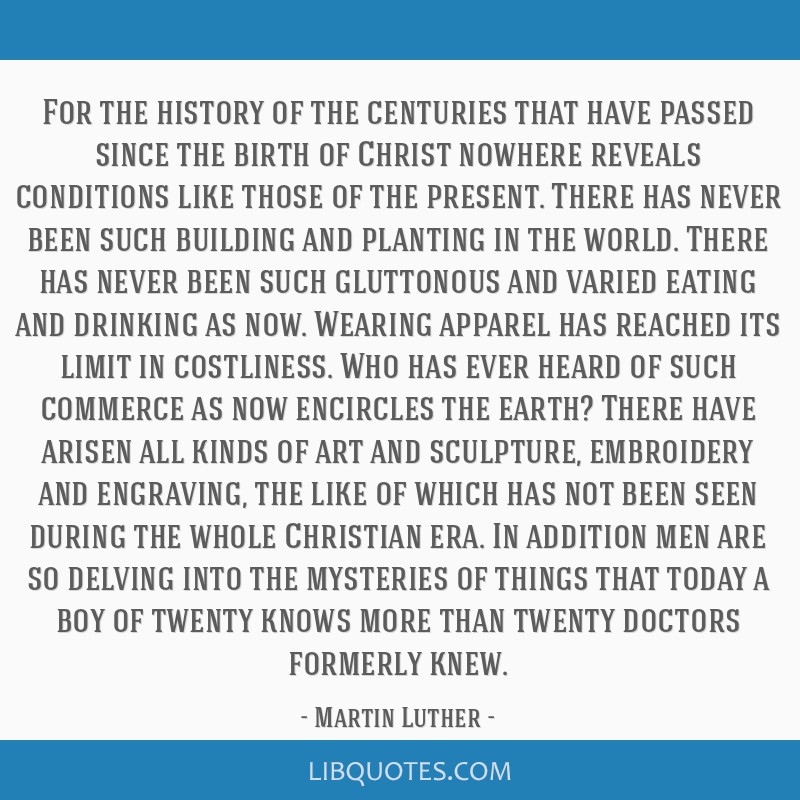 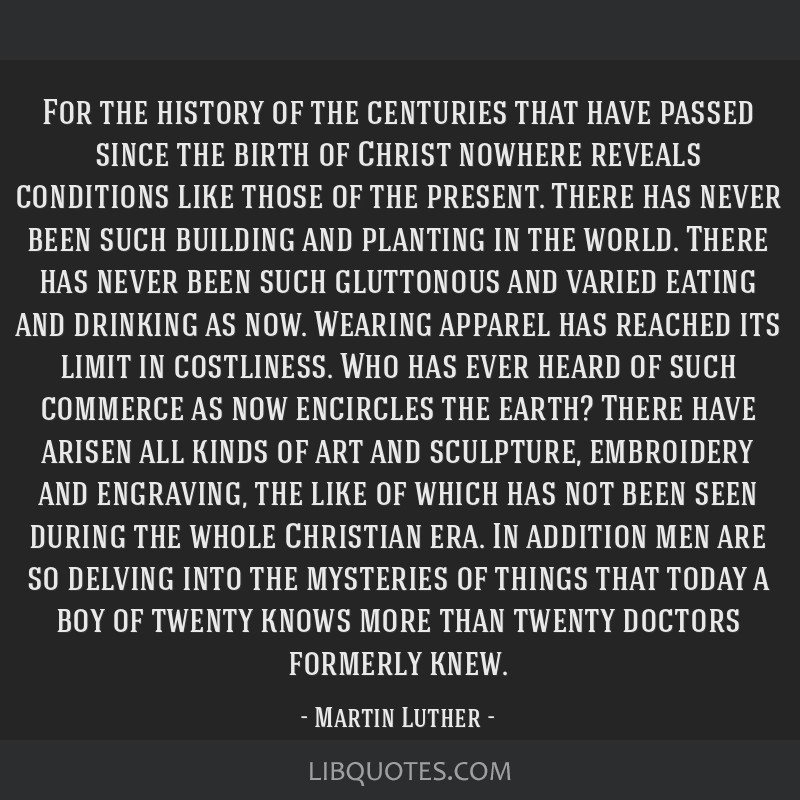 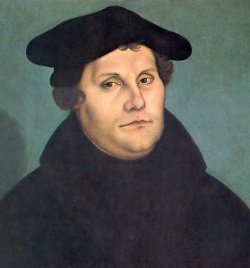