Softmindedness often invades religion. … Softminded persons have revised the Beautitudes to read "Blessed are the pure in ignorance: for they shall see God." This has led to a widespread belief that there is a conflict between science and religion. But this is not true. There may be a conflict between softminded religionists and toughminded scientists, but not between science and religion. … Science investigates; religion interprets. Science gives man knowledge which is power; religion gives man wisdom which is control. Science deals mainly with facts; religion deals mainly with values. The two are not rivals. They are complementary. 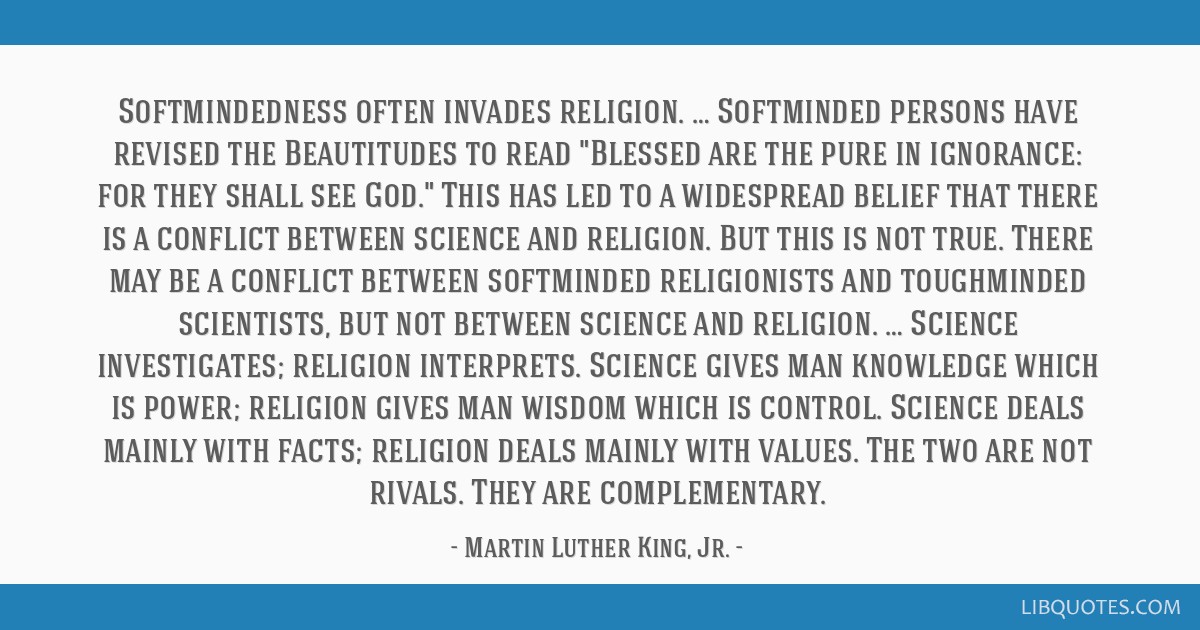 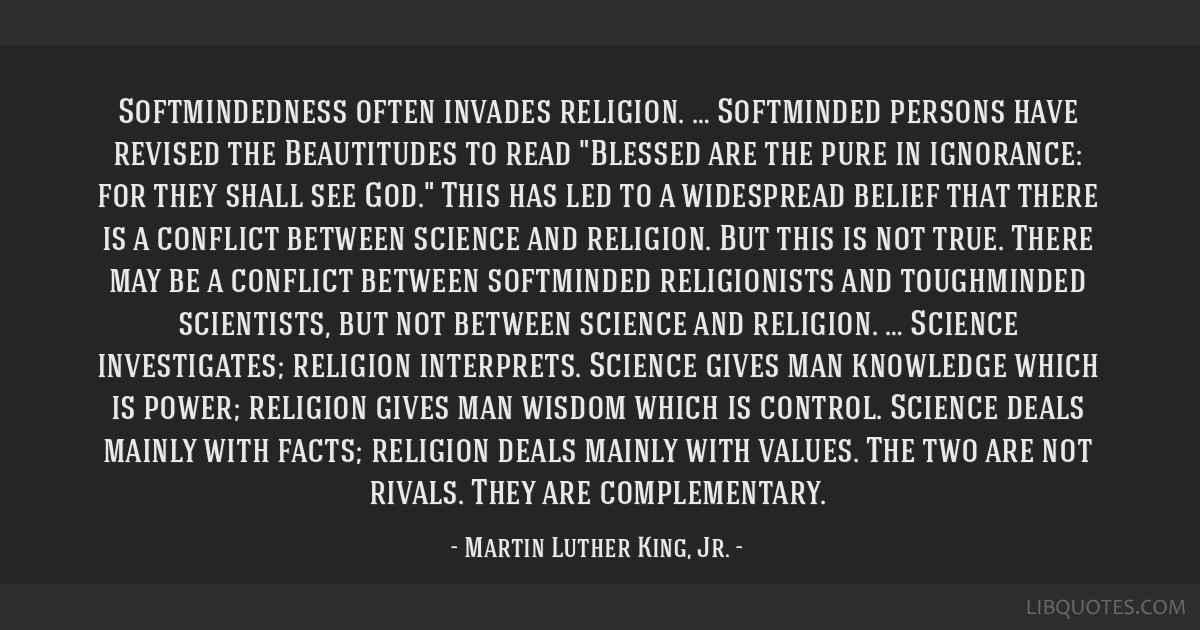 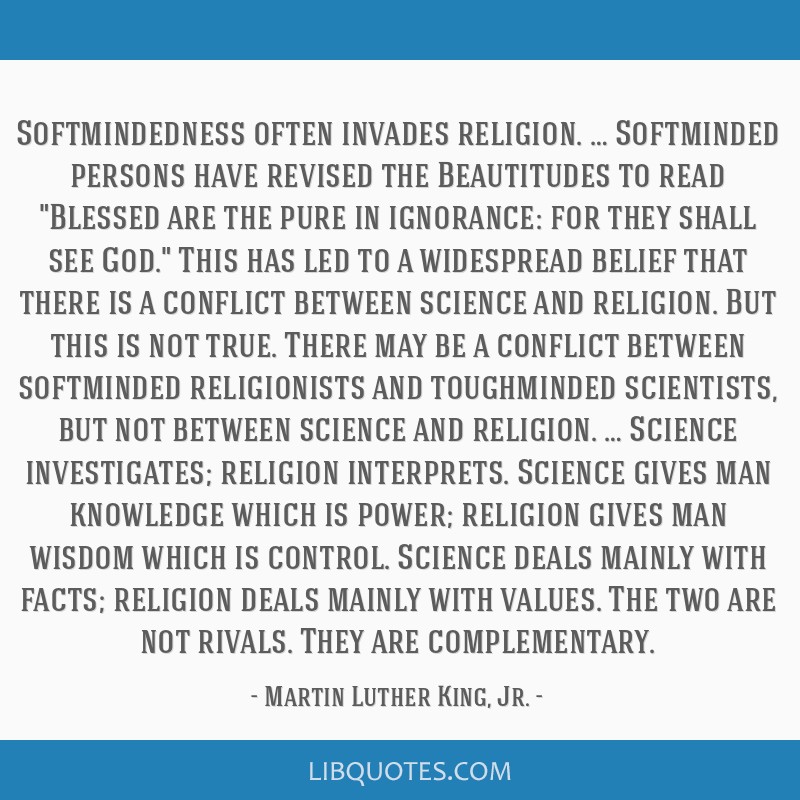 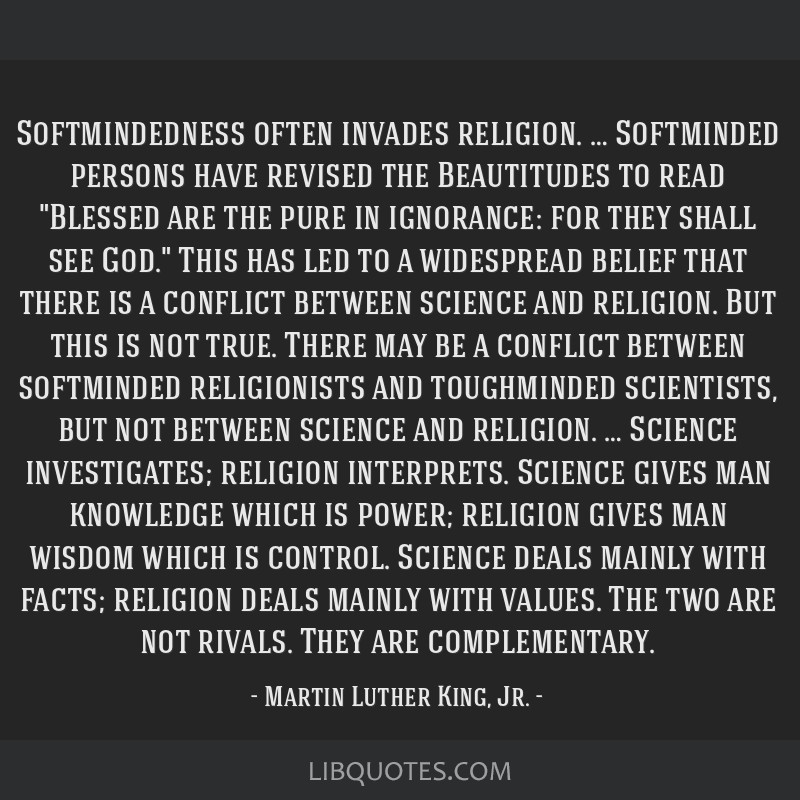