If an American is concerned only about his nation, he will not be concerned about the peoples of Asia, Africa, or South America. Is this not why nations engage in the madness of war without the slightest sense of penitence? Is this not why the murder of a citizen of your own nation is a crime, but the murder of citizens of another nation in war is an act of heroic virtue? 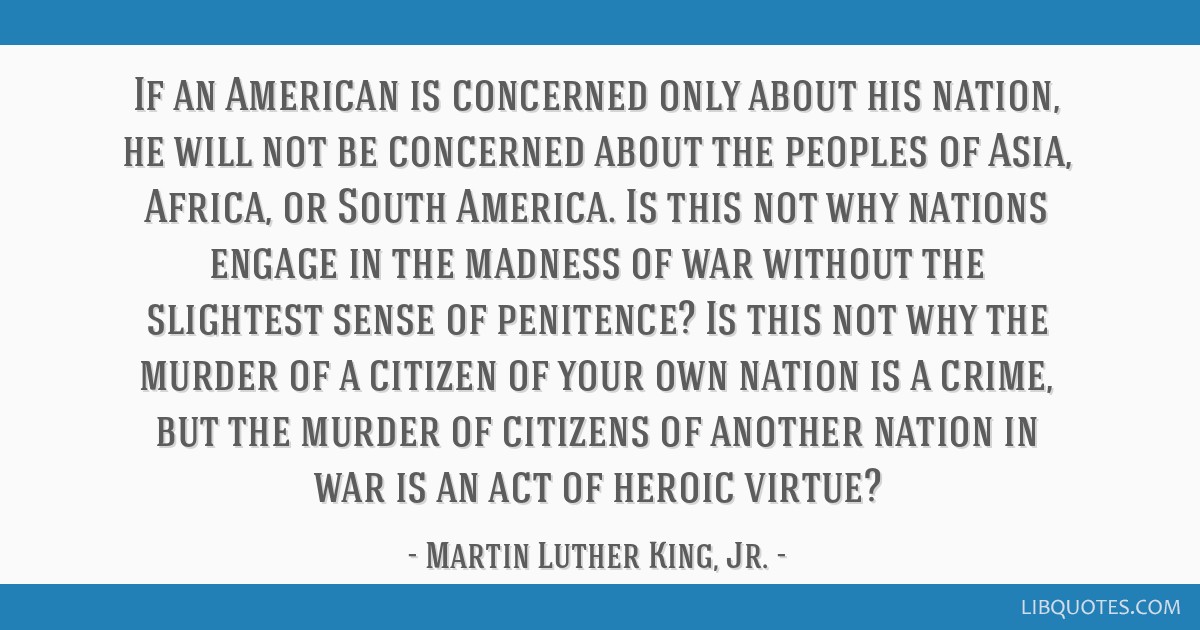 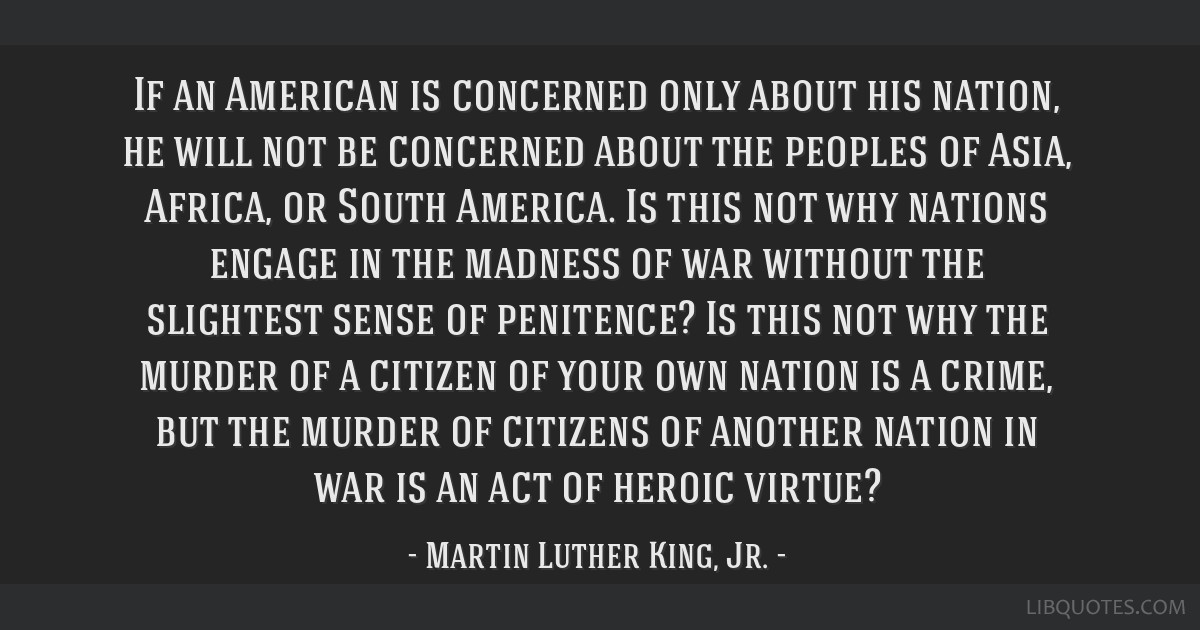 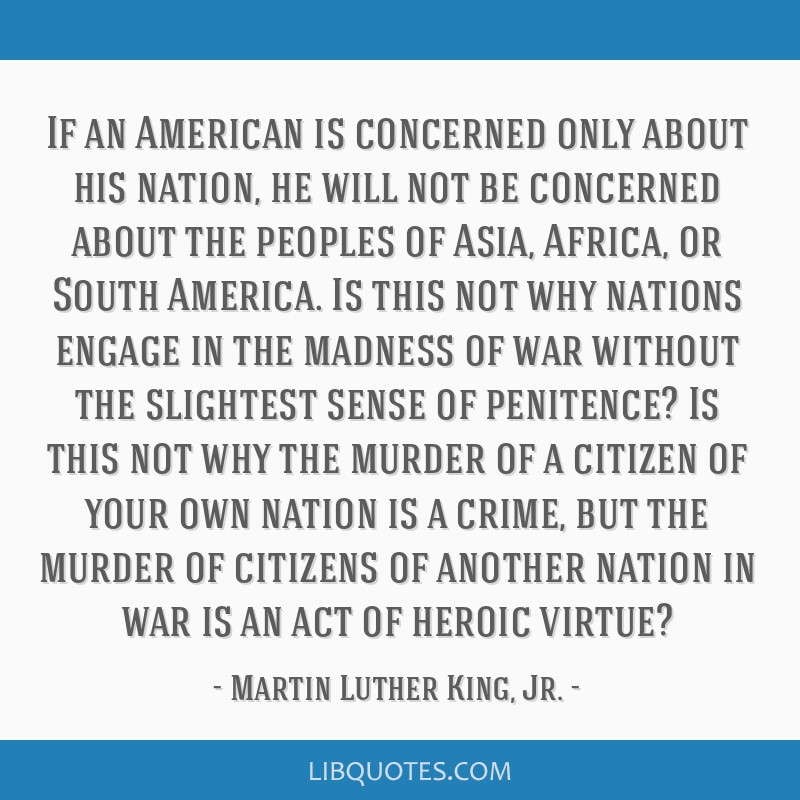 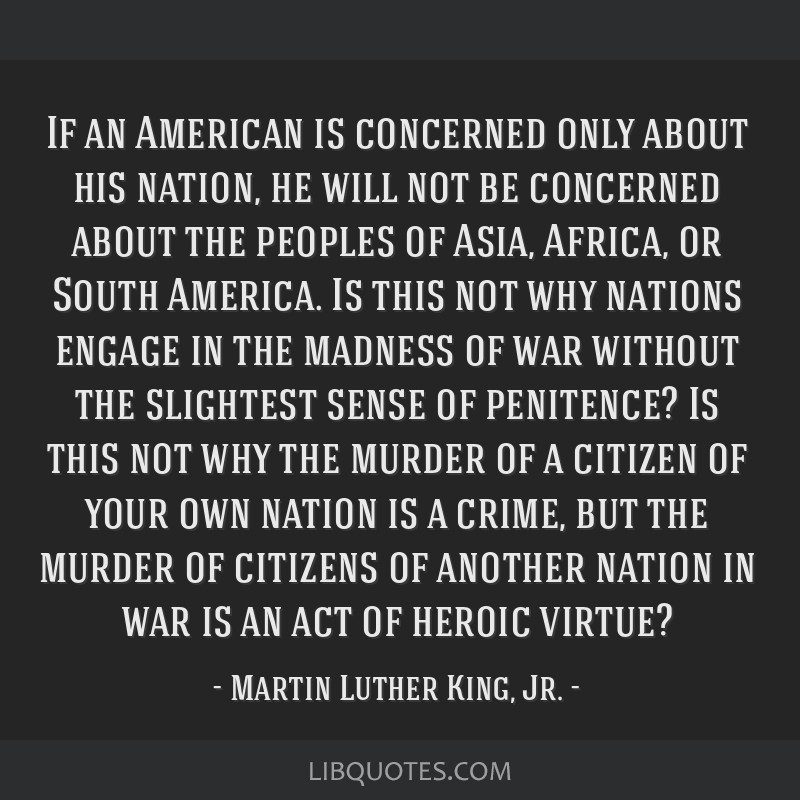