Negroes could contain their rage when they found the means to force relatively radical changes in their environment. / In the North, on the other hand, street demonstrations were not even a mild expression of militancy. The turmoil of cities absorbs demonstrations as merely transitory drama which is ordinary in city life. Without a more effective tactic for upsetting the status quo, the power structure could maintain its intransigence and hostility. 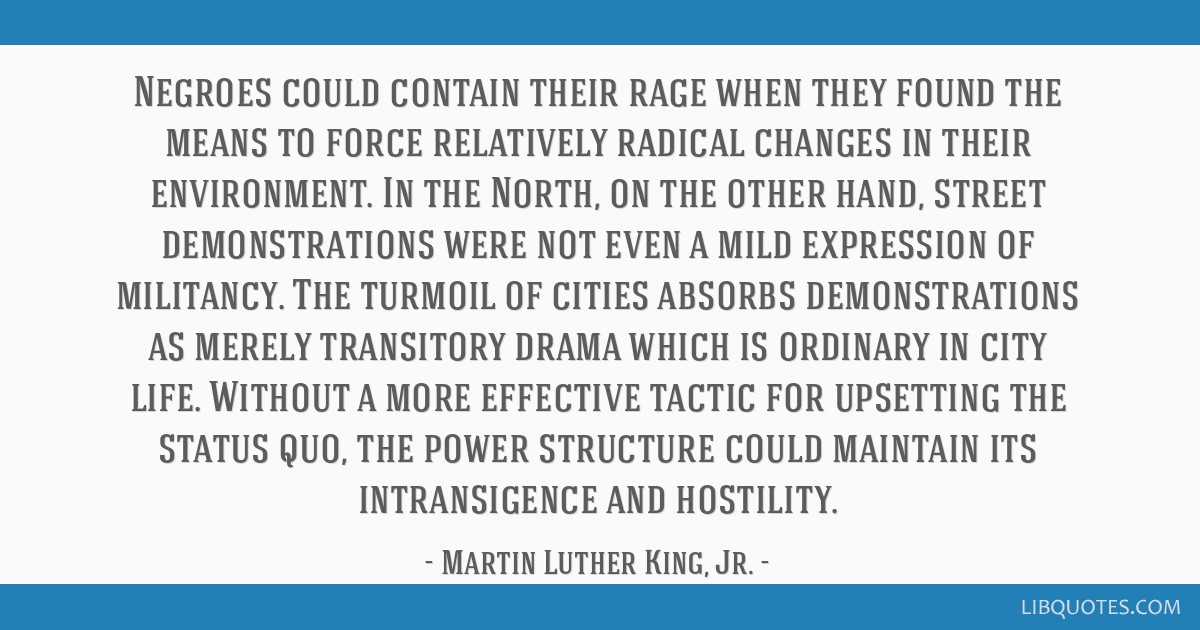 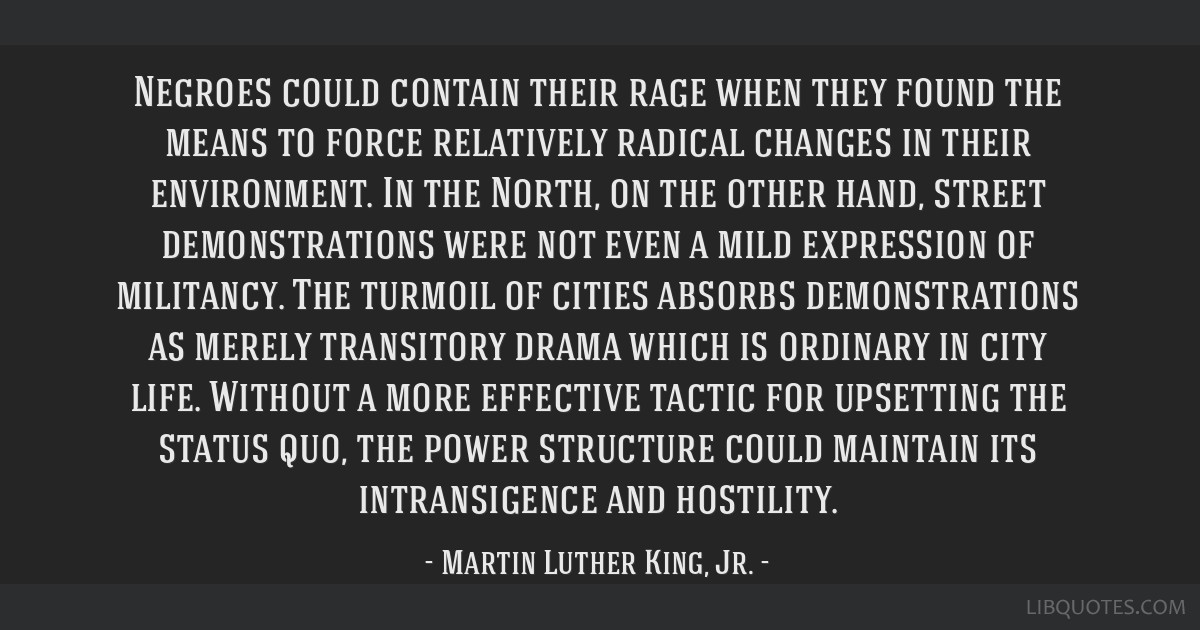 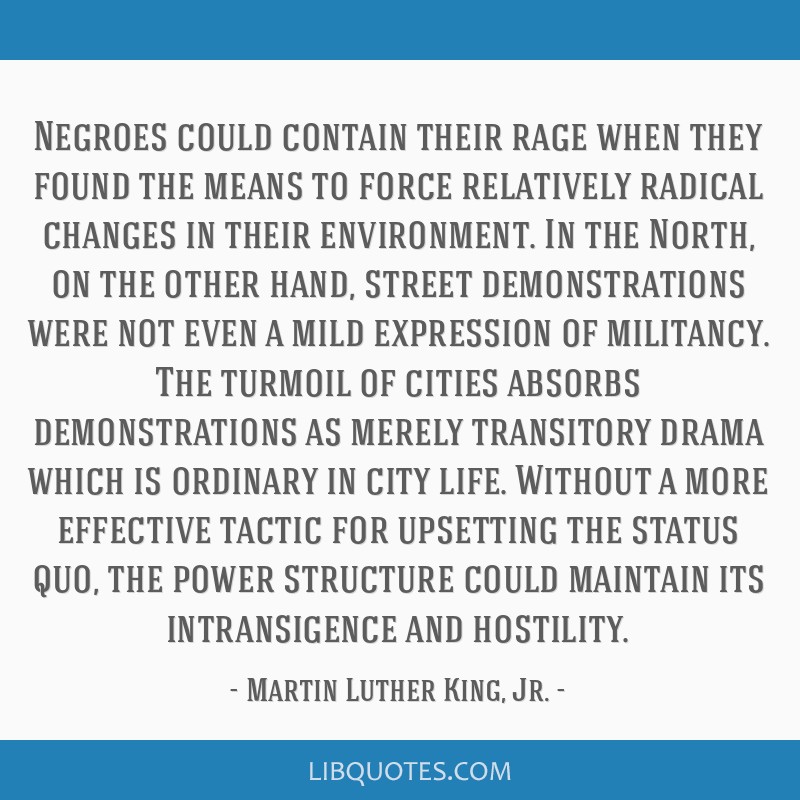 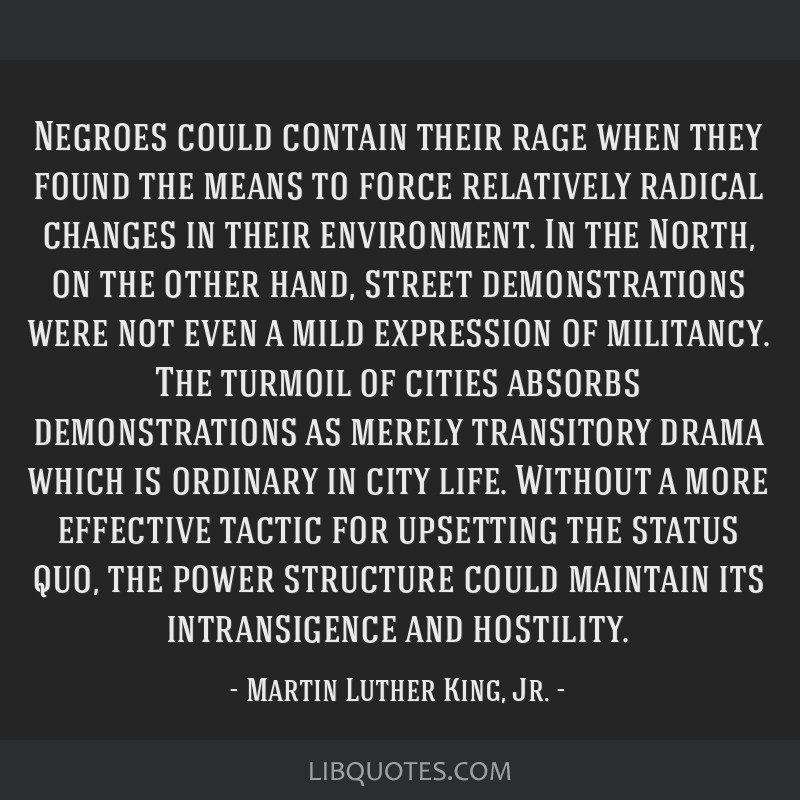