When the majority of the country could not live with the extremes of brutality they witnessed, political remedies were enacted and customs were altered. / These partial advances were, however, limited principally to the South and progress did not automatically spread throughout the nation. There was also little depth to the changes. White America stopped murder, but that is not the same thing as ordaining brotherhood; nor is the ending of lynch rule the same thing as inaugurating justice. 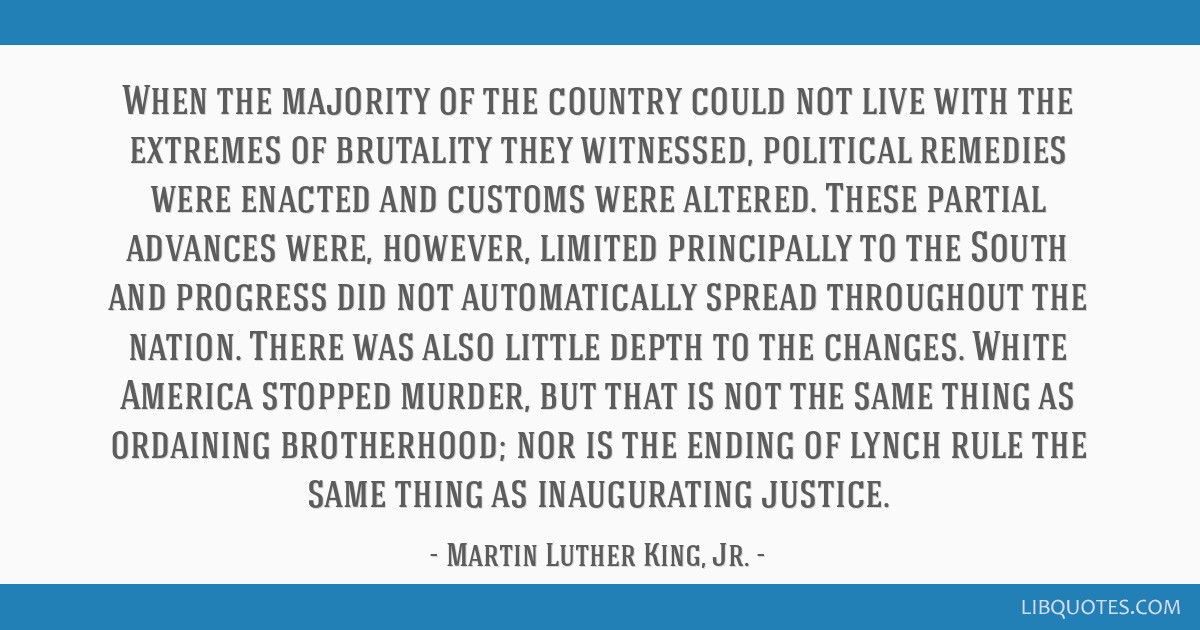 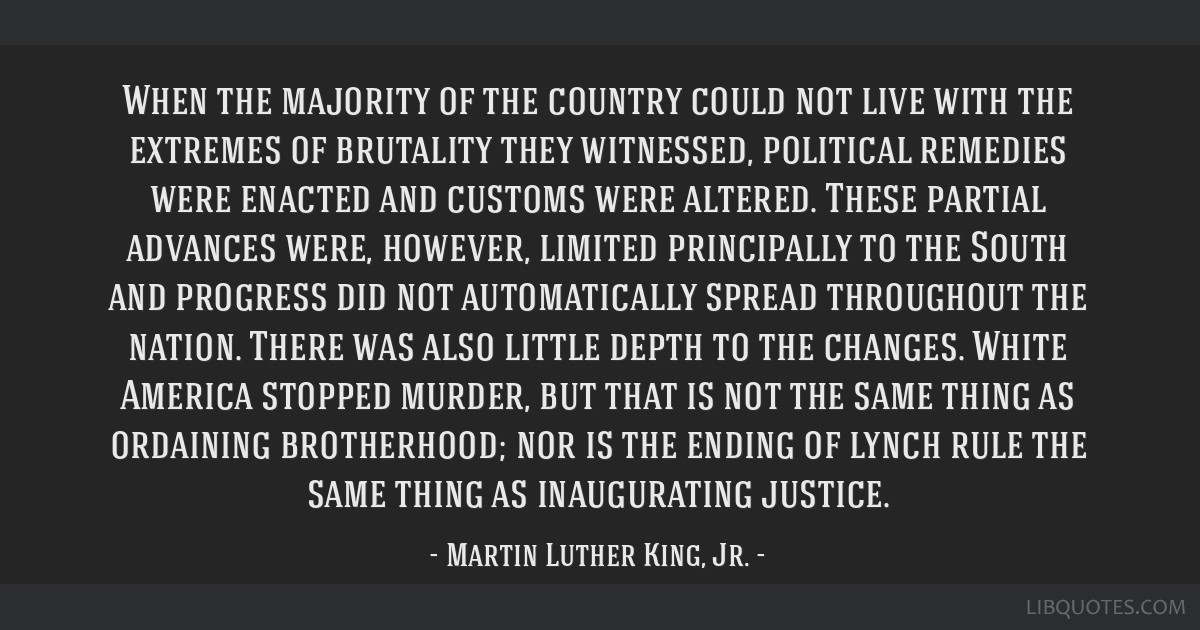 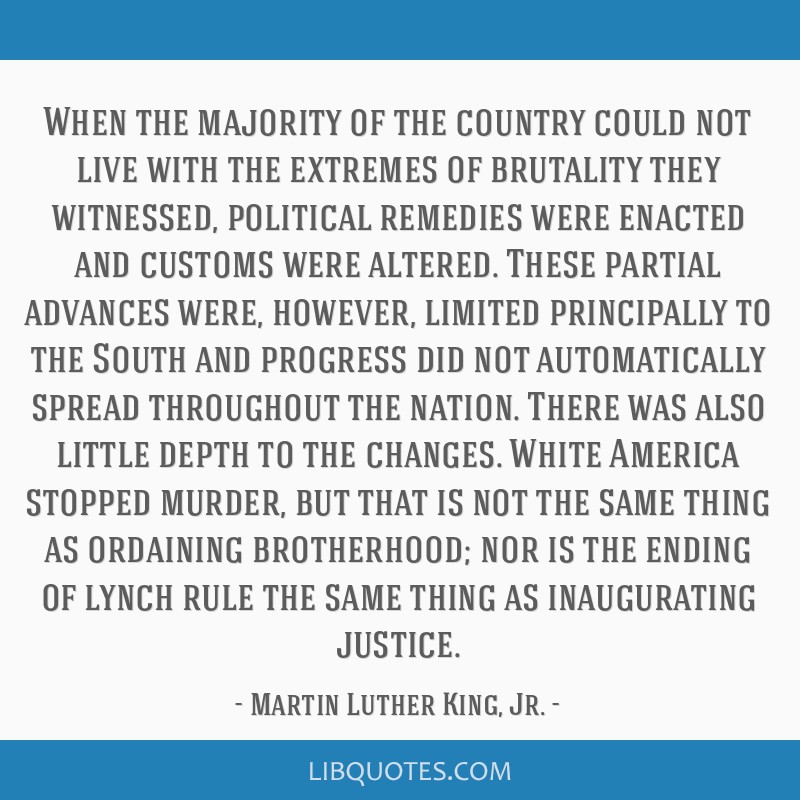 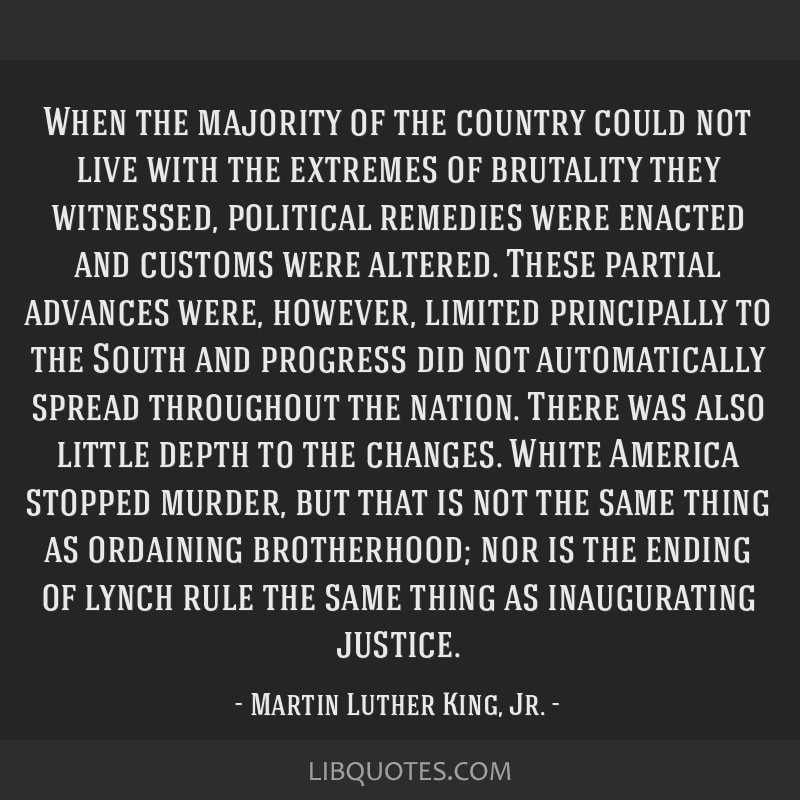