He was only thirty-three when the tide of public opinion turned against him. They called him a rabble-rouser. They called him a troublemaker. They said he was an agitator. He practiced civil disobedience; he broke injunctions. And so he was turned over to his enemies and went through the mockery of a trial. And the irony of it all is that his friends turned him over to them. One of his closest friends denied him. Another of his friends turned him over to his enemies. And while he was dying, the people who killed him gambled for his clothing, the only possession that he had in the world. When he was dead he was buried in a borrowed tomb, through the pity of a friend. 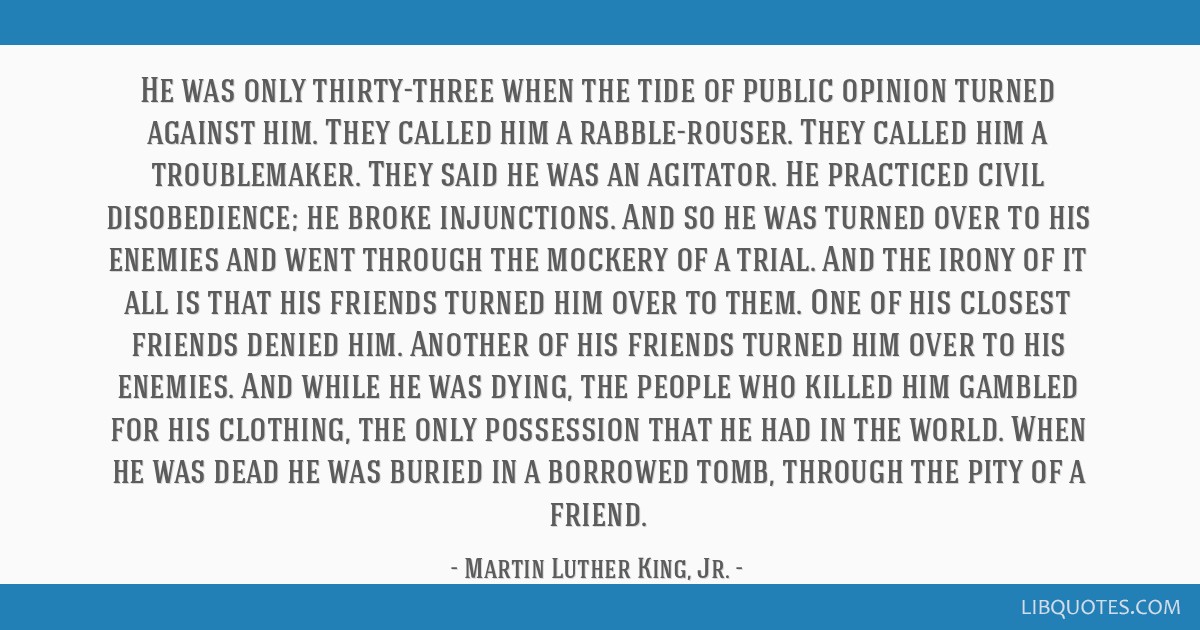 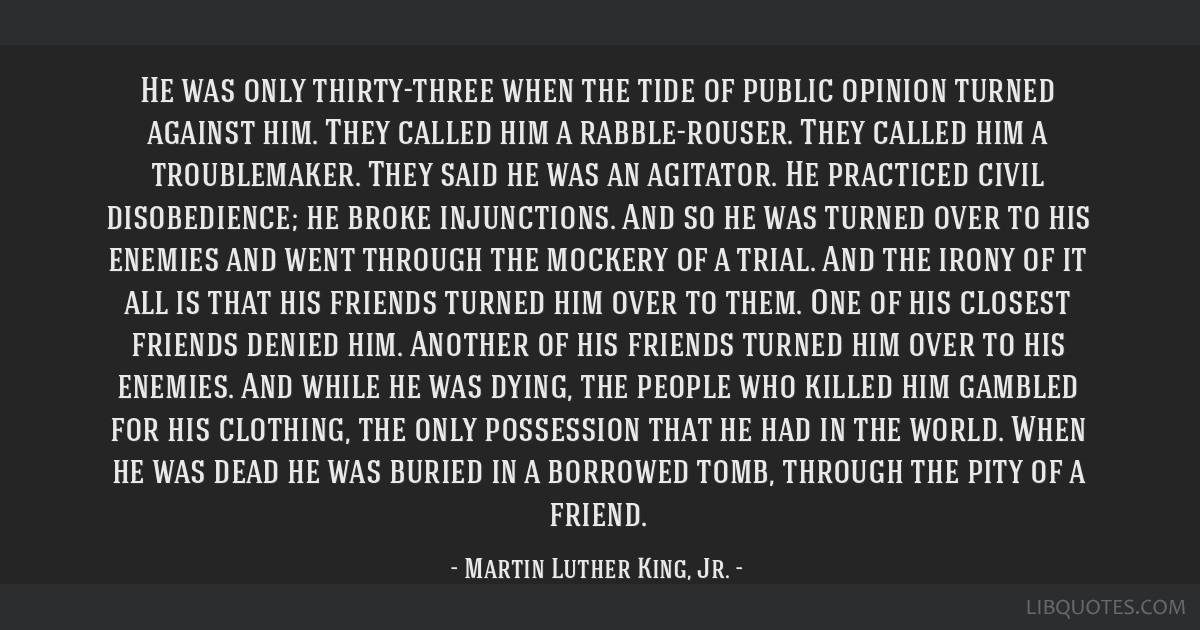 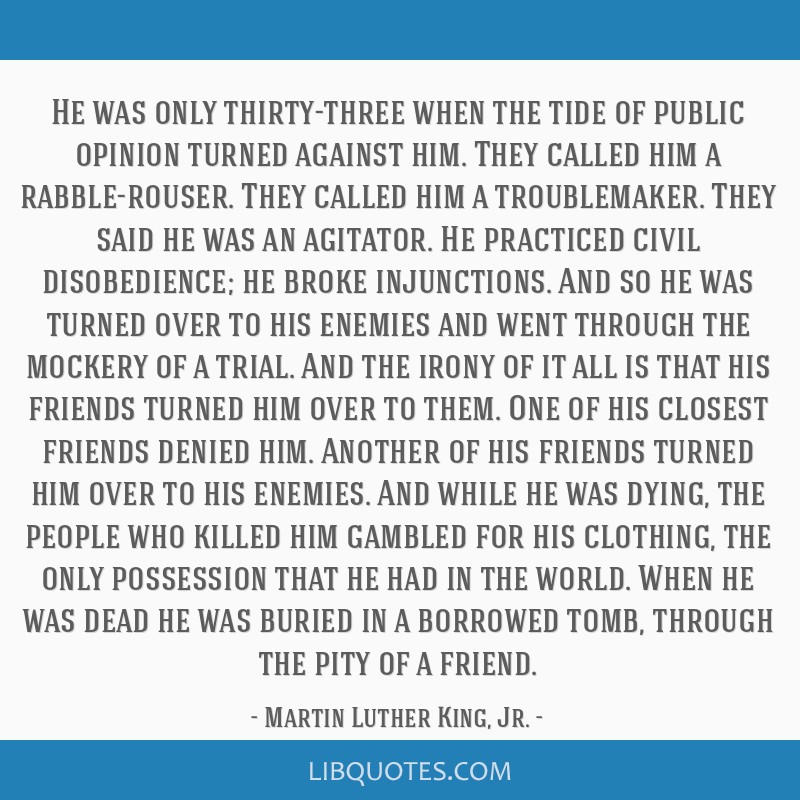 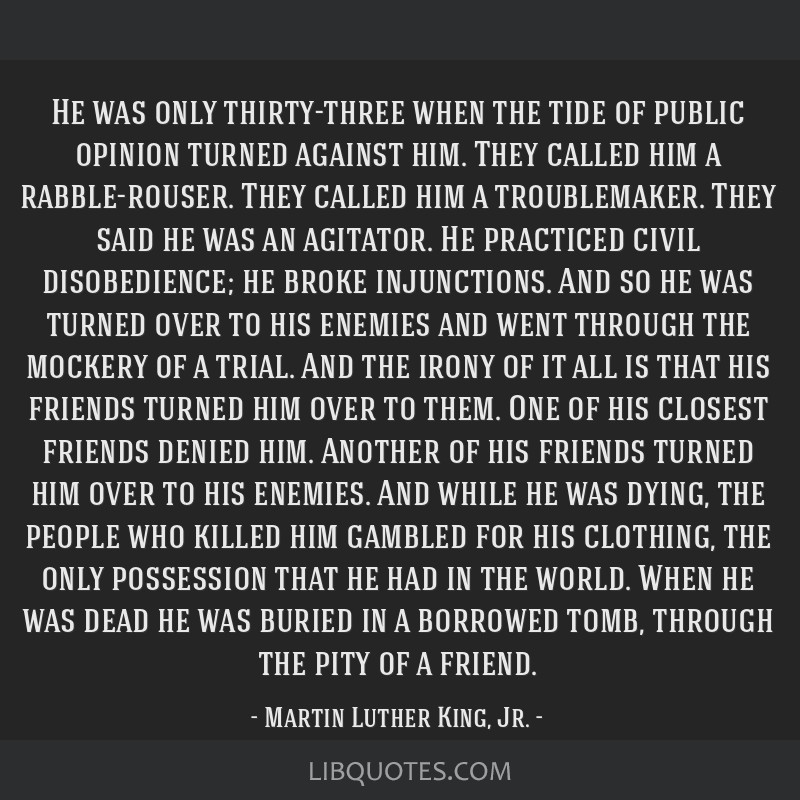