Except in a few metropolitan ghettos, my experience has been that few Negroes have any interest at all in this organization, much less give any allegiance to its pessimistic doctrines. The Black Muslims are a quasi-religious, sociopolitical movement that has appealed to some Negroes who formerly were Christians. For the first time, the Negro was presented with a choice of a religion other than Christianity. What this appeal actually represented was an indictment of Christian failures to live up to Christianity's precepts; for there is nothing in Christianity, nor in the Bible, that justifies racial segregation. But when the Negroes' genuine fighting spirit rose during 1963, the appeal of the Muslims began to diminish.

In reference to the Black Muslims who advocated Black Nacionalism. At his Interview in Playboy (January 1965) - Three Ways of Meeting Oppression (1958) 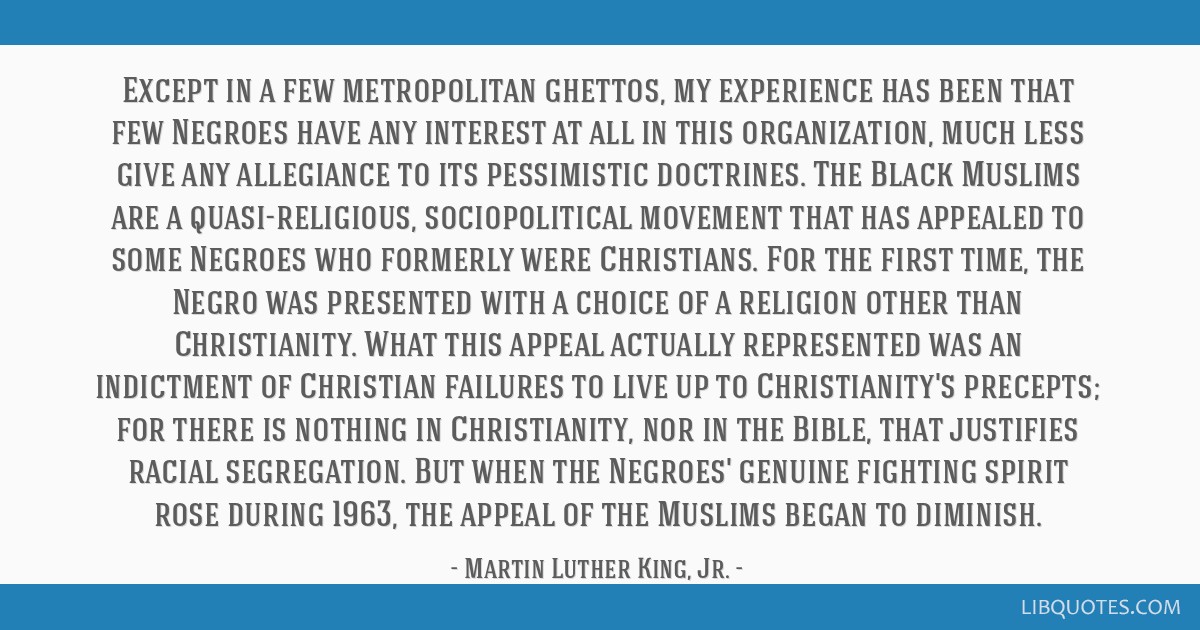 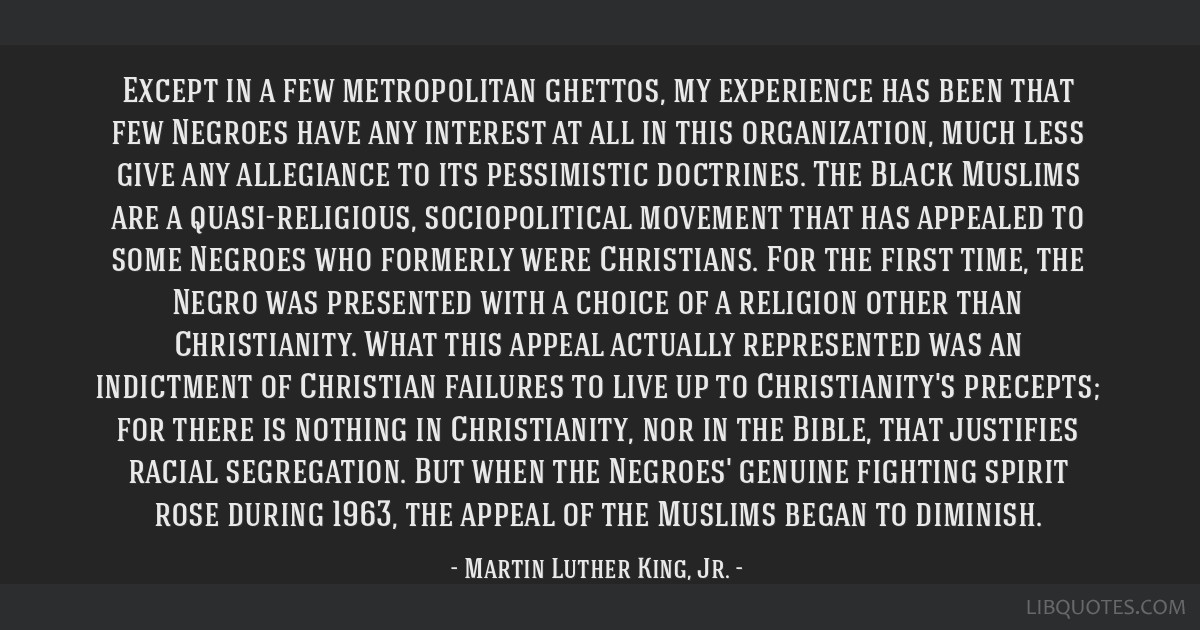