In a world facing the revolt of ragged and hungry masses of God's children; in a world torn between the tensions of East and West, white and colored, individuals and collectivists; in a world whose cultural and spiritual power lags so far behind her technological capabilities that we live each day on the verge of nuclear co-annihilation; in this world, nonviolence is no longer an option for intellectual analysis, it is an imperative for action

The trumpet of conscience (ed. HarperCollins, 1989) 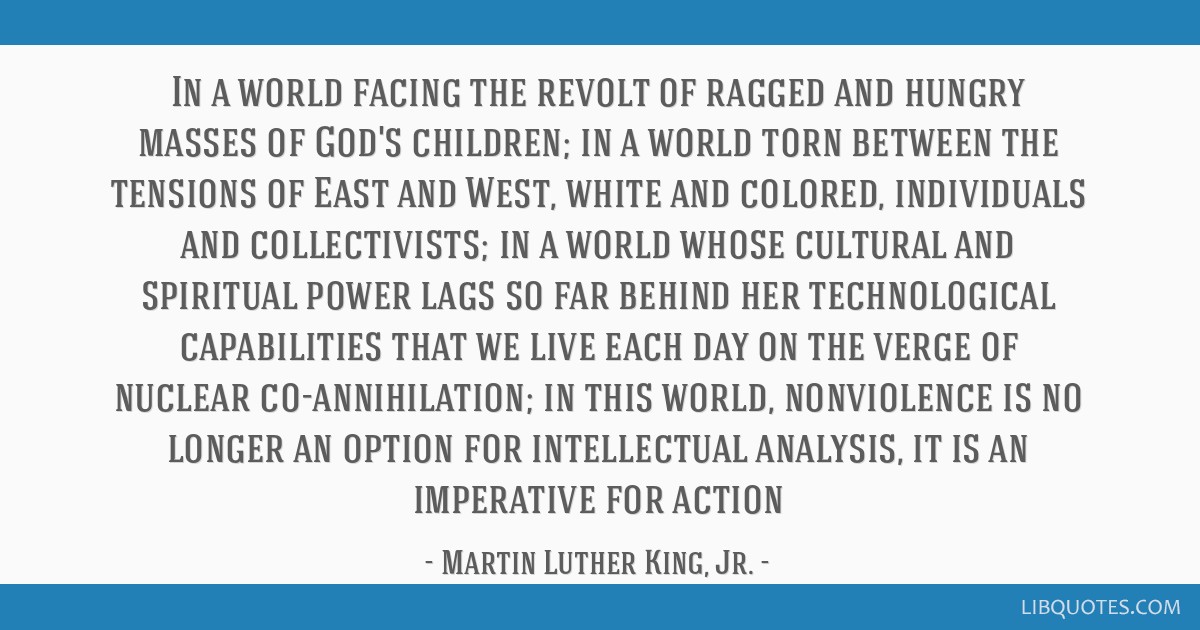 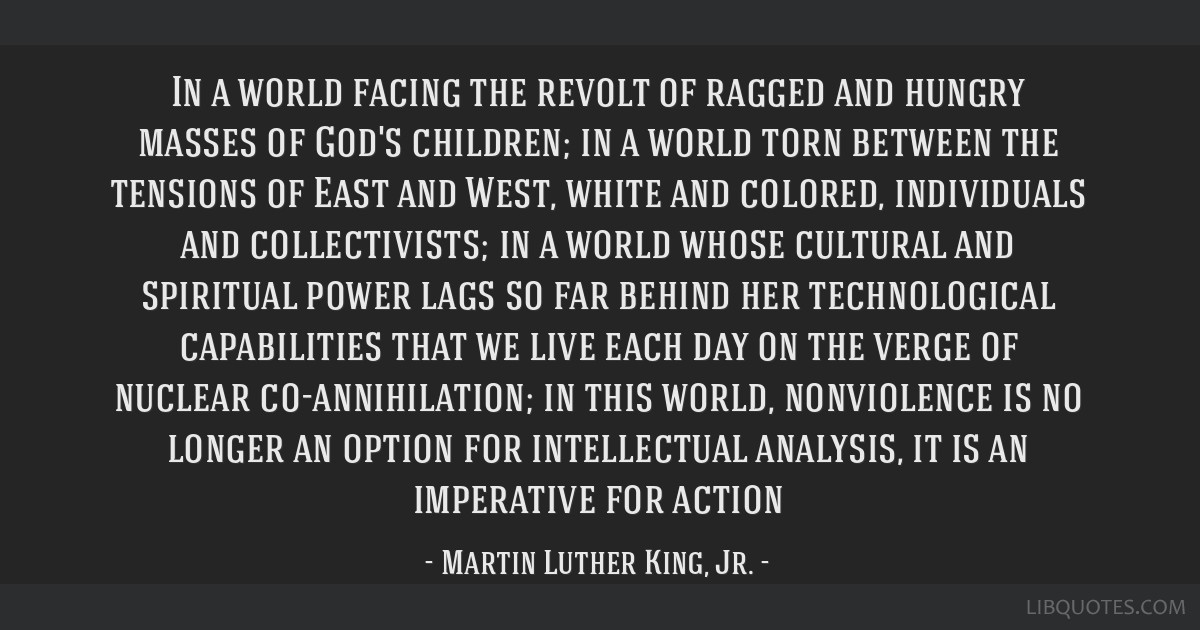 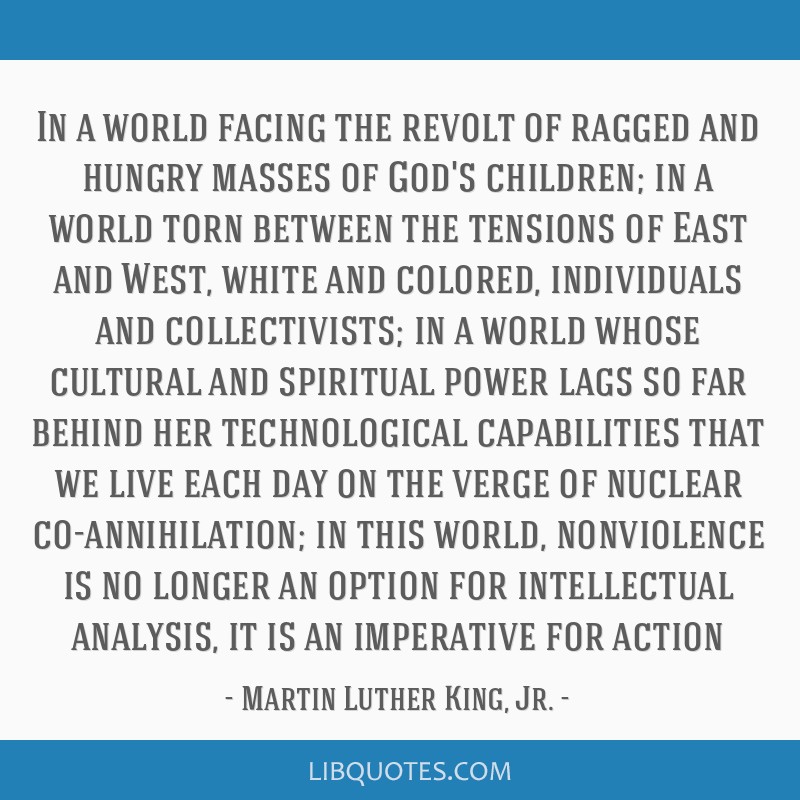 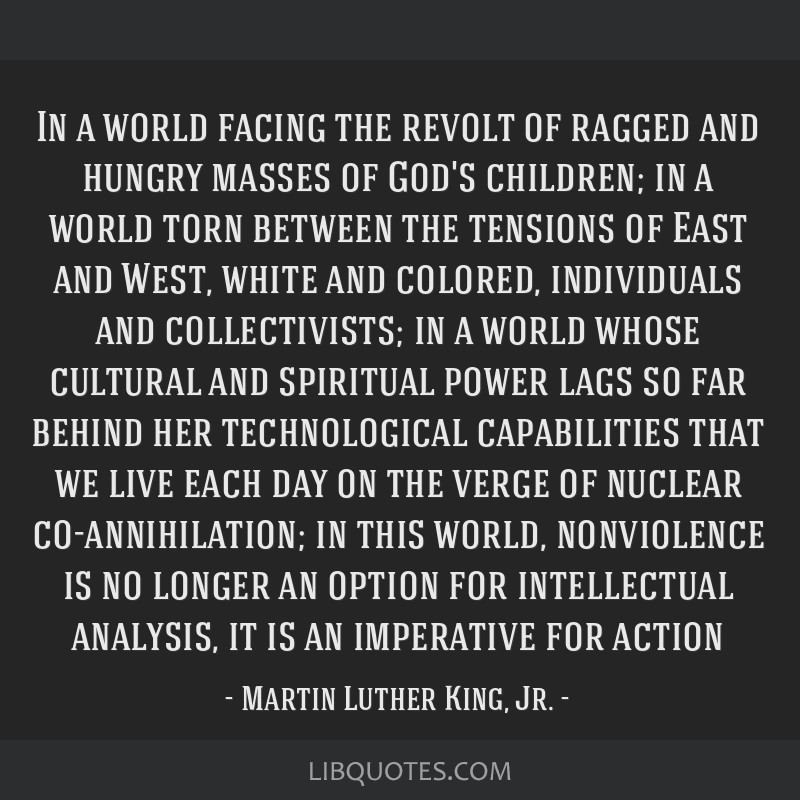