"Absurd" originally means "out of harmony," in a musical context. Hence its dictionary definition: "out of harmony with reason or propriety; incongruous, unreasonable, illogical." In common usage, "absurd" may simply mean "ridiculous," but this is not the sense in which Camus uses the word, and in which it is used when we speak of the Theatre of the Absurd. In an essay on Kafka, Ionesco defined his understanding of the term as follows: "Absurd is that which is devoid of purpose.... Cut from his religious, metaphysical, and transcendental roots, man is lost; all his actions become senseless, absurd, useless." 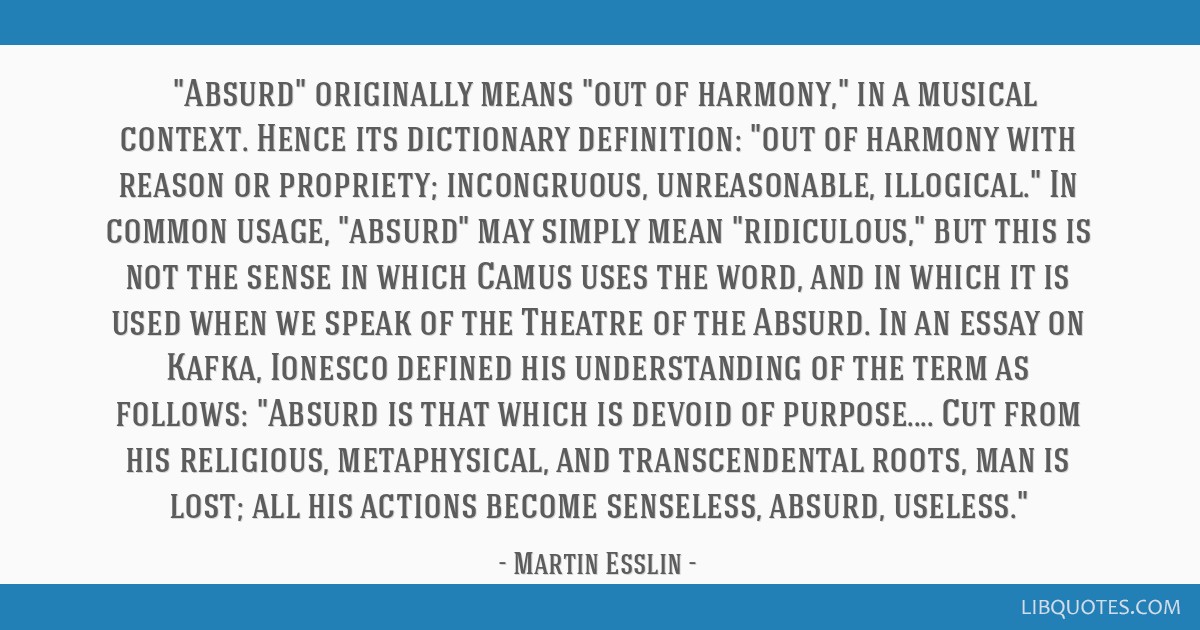 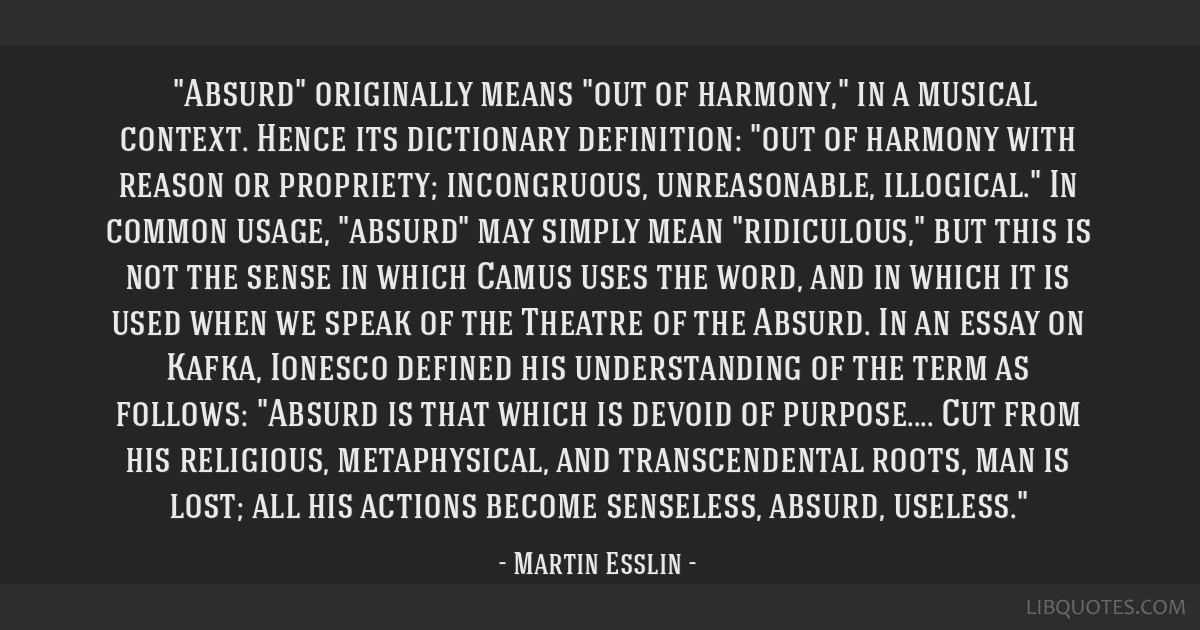 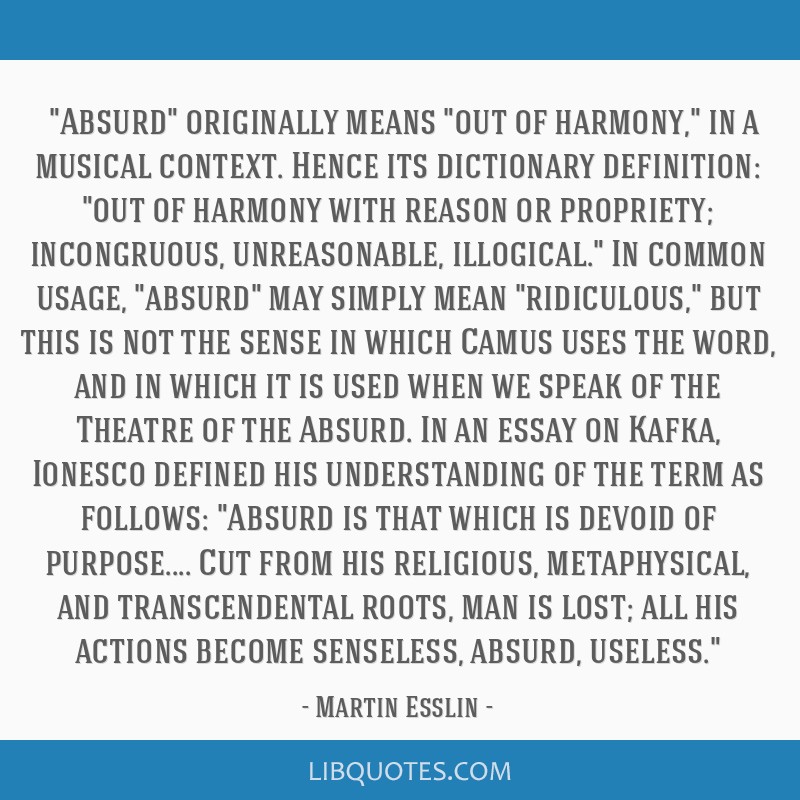 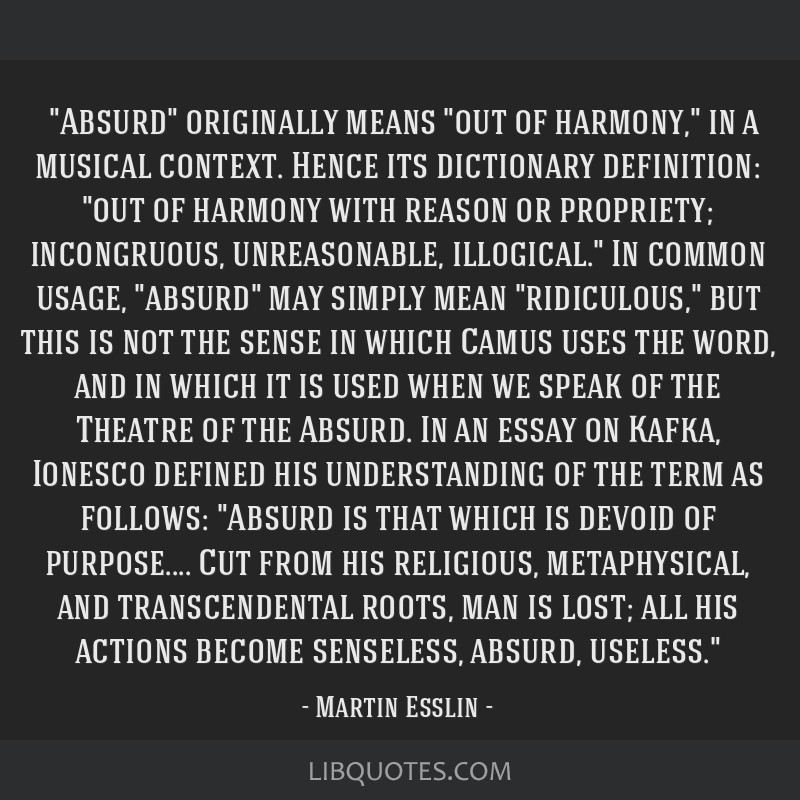 The nature of peoples is first crude, then severe, then benign, then delicate, finally dissolute.
Giambattista Vico