The Theatre of the Absurd strives to express its sense of the senselessness of the human condition and the inadequacy of the rational approach by the open abandonment of rational devices and discursive thought. While Sartre or Camus express the new content in the old convention, the Theatre of the Absurd goes a step further in trying to achieve a unity between its basic assumptions and the form in which these are expressed. In some senses, the theatre of Sartre and Camus is less adequate as an expression of the philosophy of Sartre and Camus — in artistic, as distinct from philosophic, terms — than the Theatre of the Absurd. 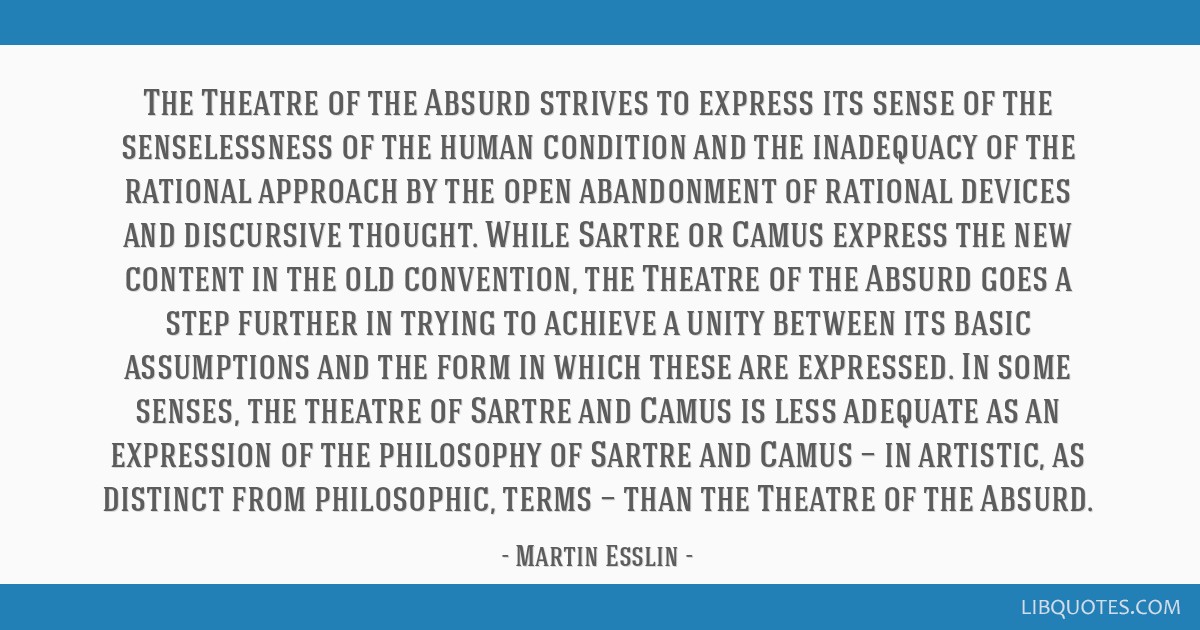 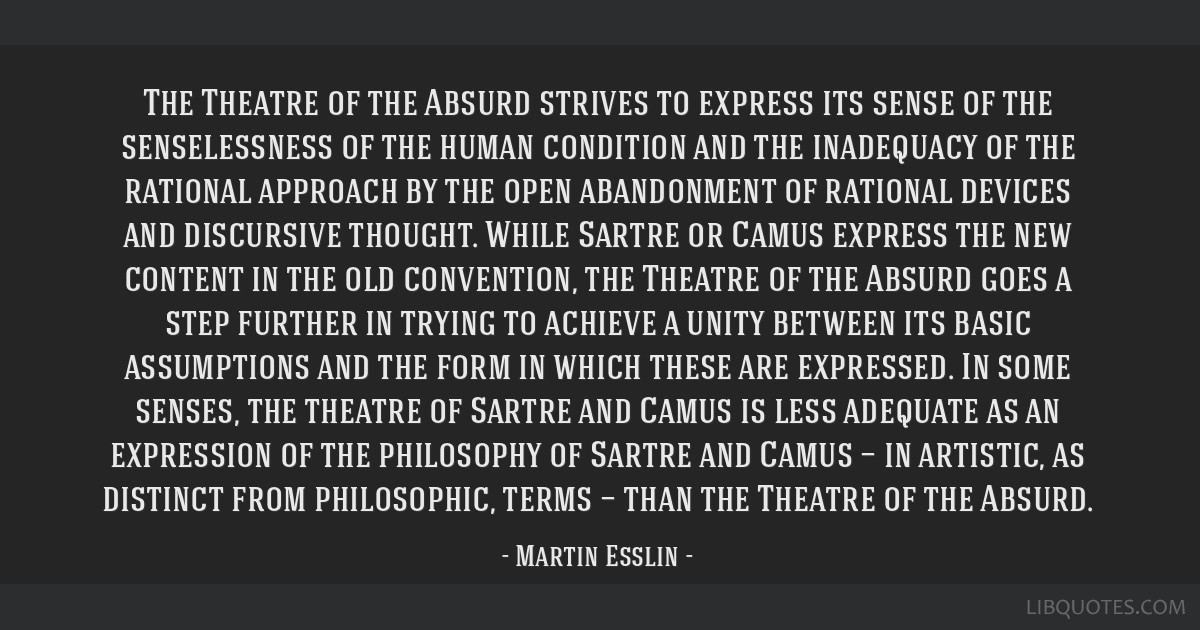 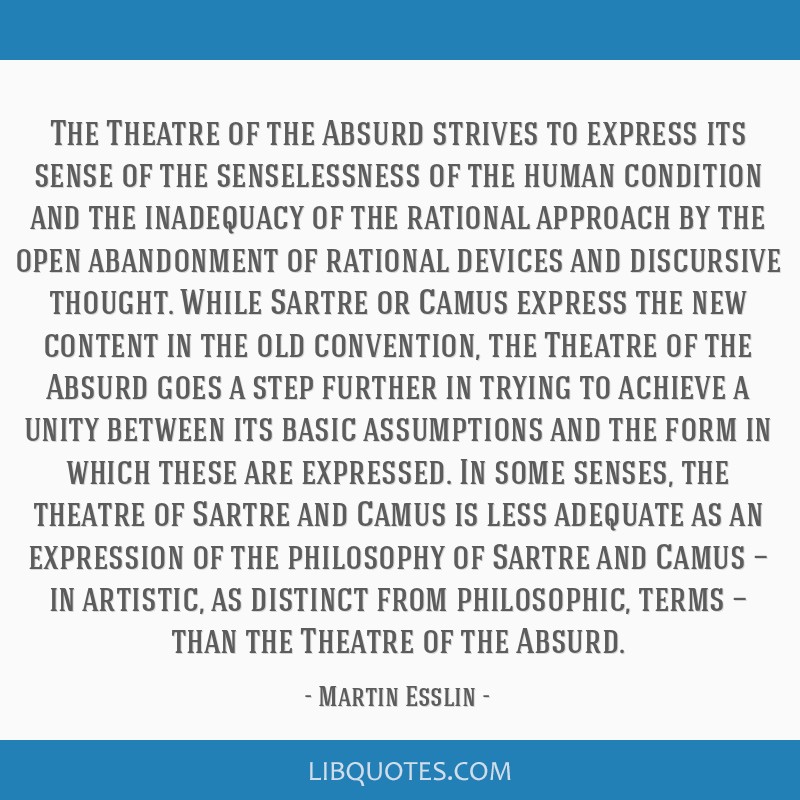 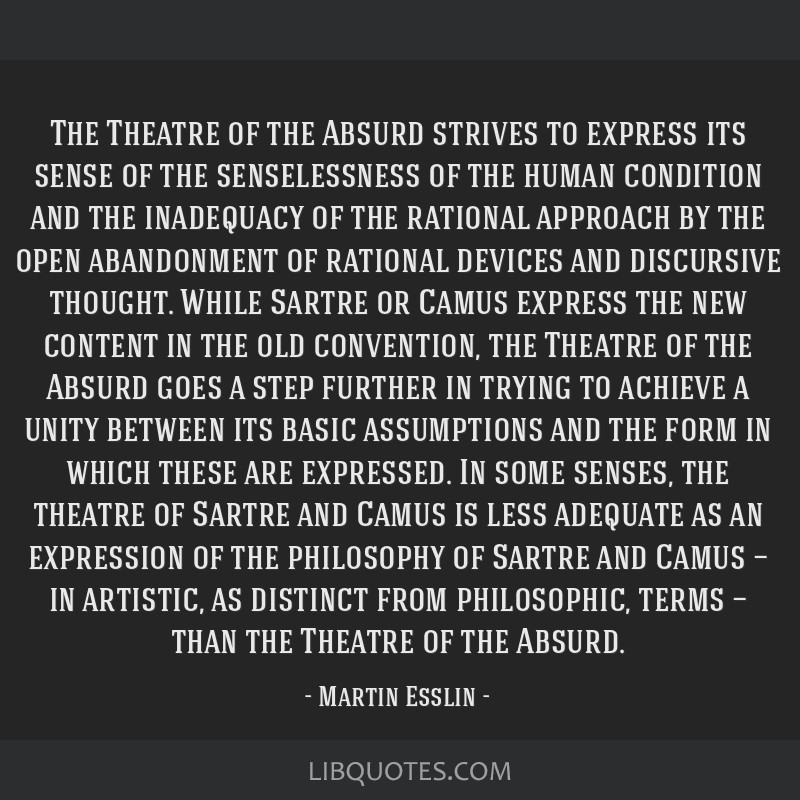