The "Theatre of the Absurd" has become a catch-phrase, much used and much abused. What does it stand for? And how can such a label be justified? Perhaps it will be best to attempt to answer the second question first. There is no organised movement, no school of artists, who claim the label for themselves. A good many playwrights who have been classed under this label, when asked if they belong to the Theatre of the Absurd, will indigniantly reply that they belong to no such movement — and quite rightly so. For each of the playwrights concerned seeks to express no more and no less his own personal vision of the world.
Yet critical concepts of this kind are useful when new modes of expression, new conventions of art arise. 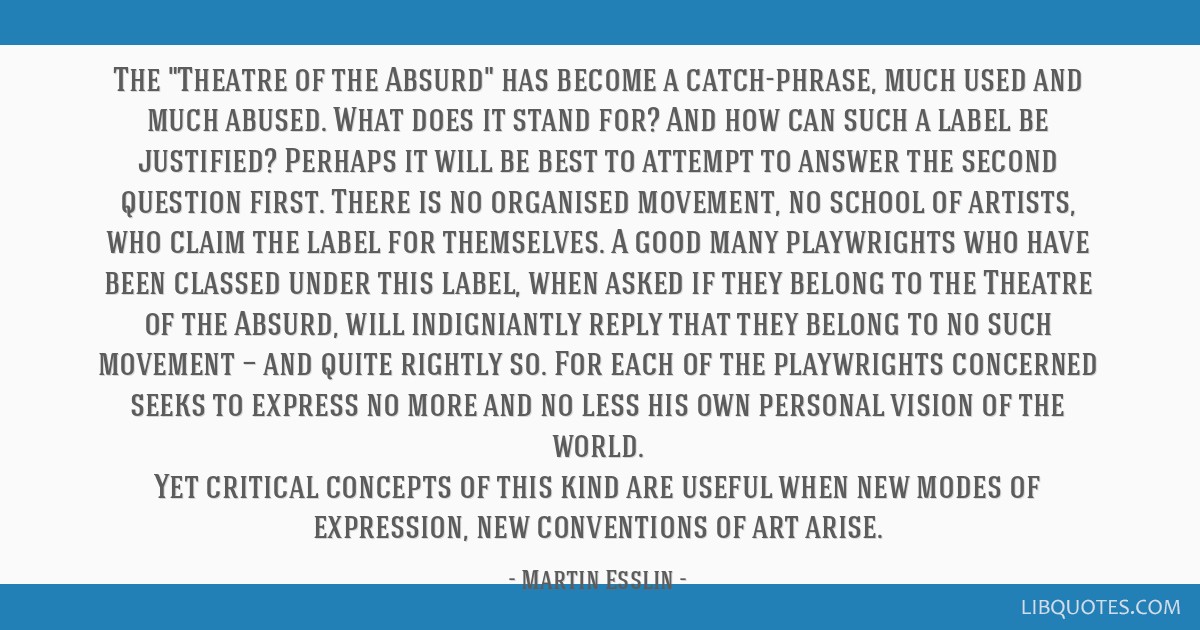 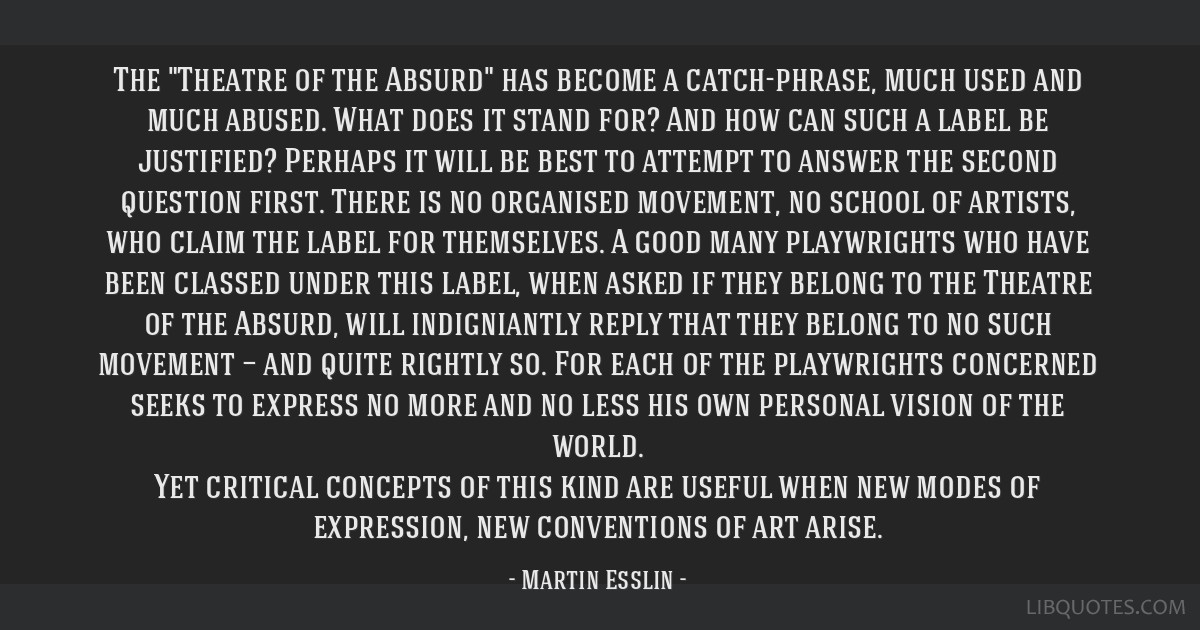 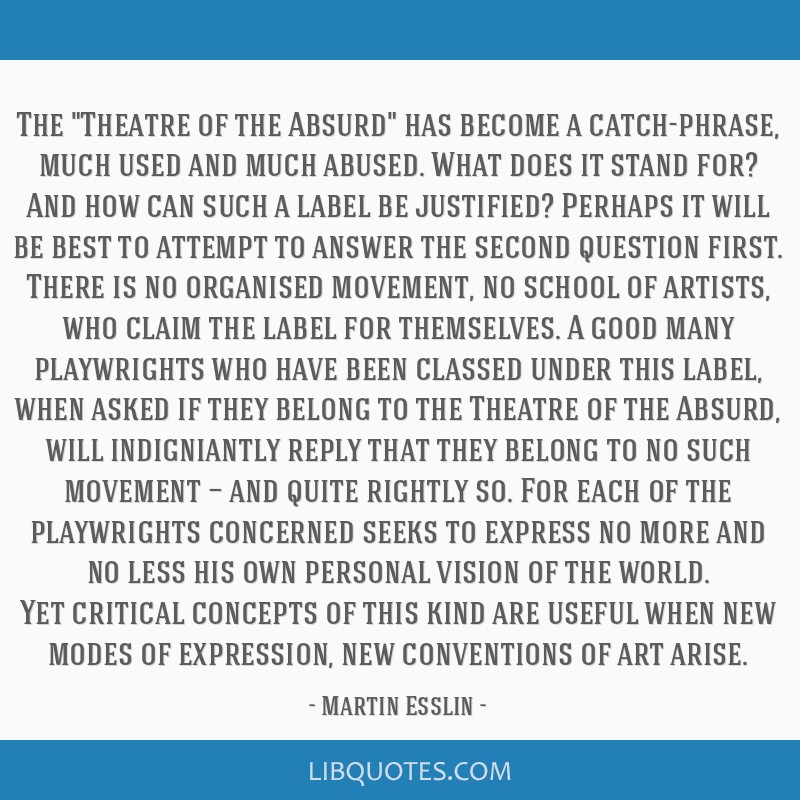 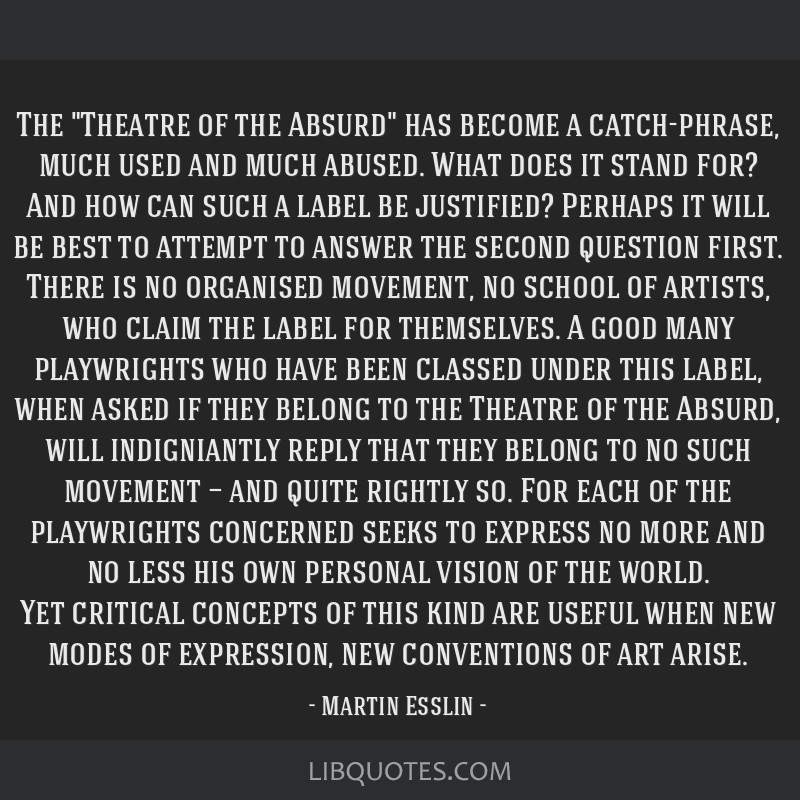