To me, the body says what words cannot. I believe that dance was the first art. A philosopher has said that dance and architecture were the first arts. I believe that dance was first because it's gesture, it's communication. That doesn't mean it's telling a story, but it means it's communicating a feeling, a sensation to people.
Dance is the hidden language of the soul, of the body. And it's partly the language that we don't want to show. 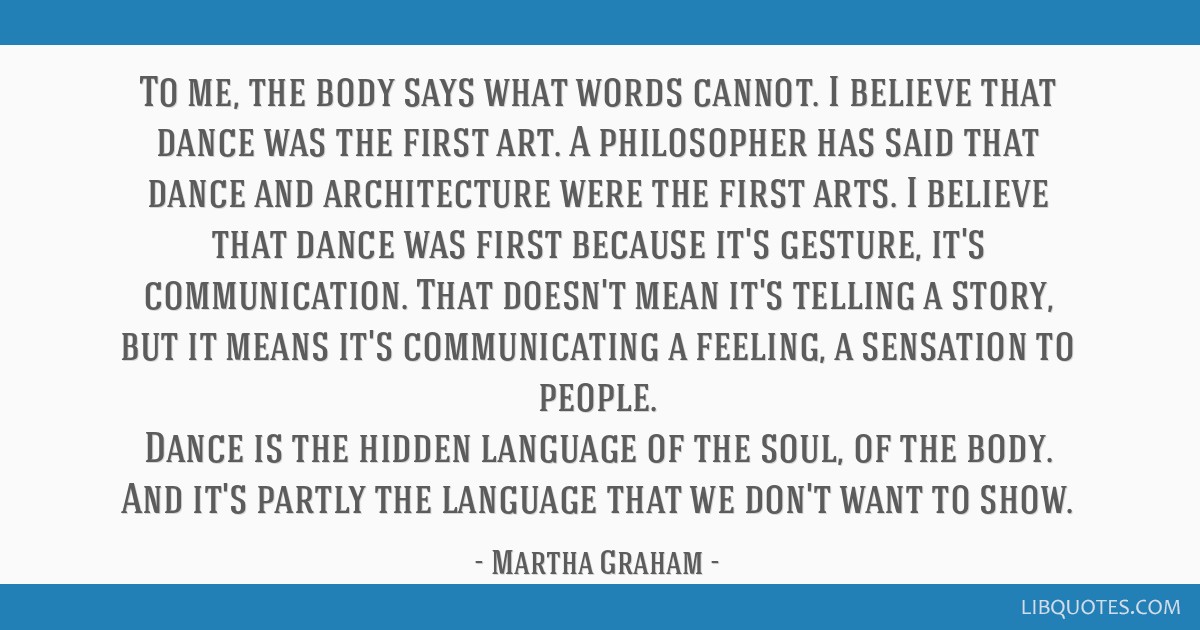 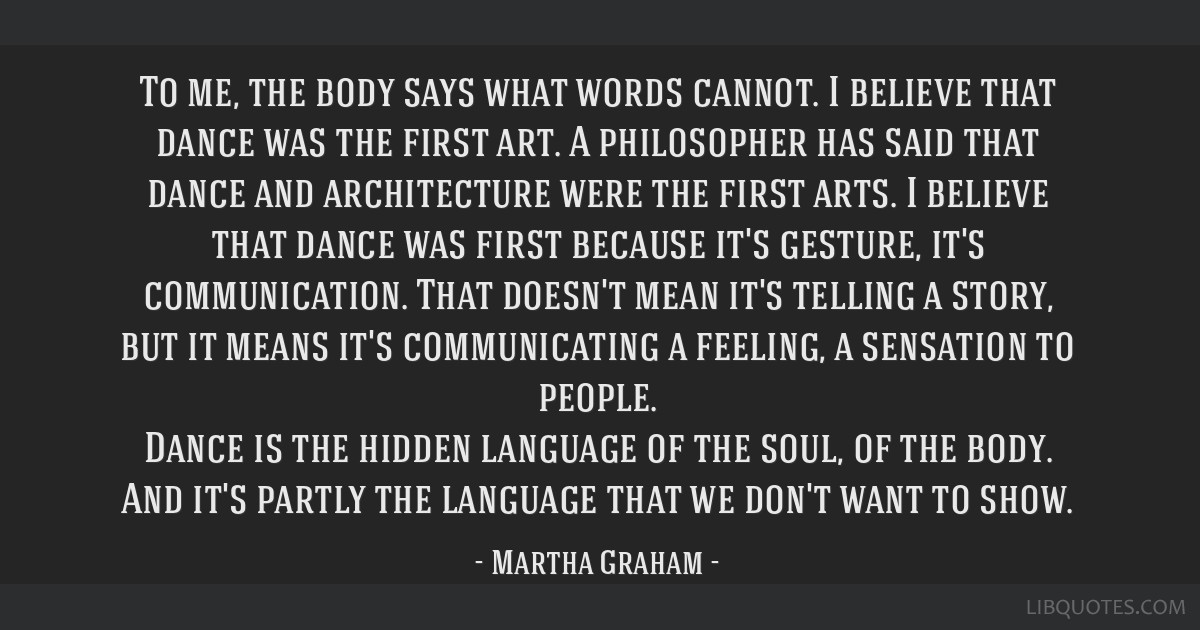 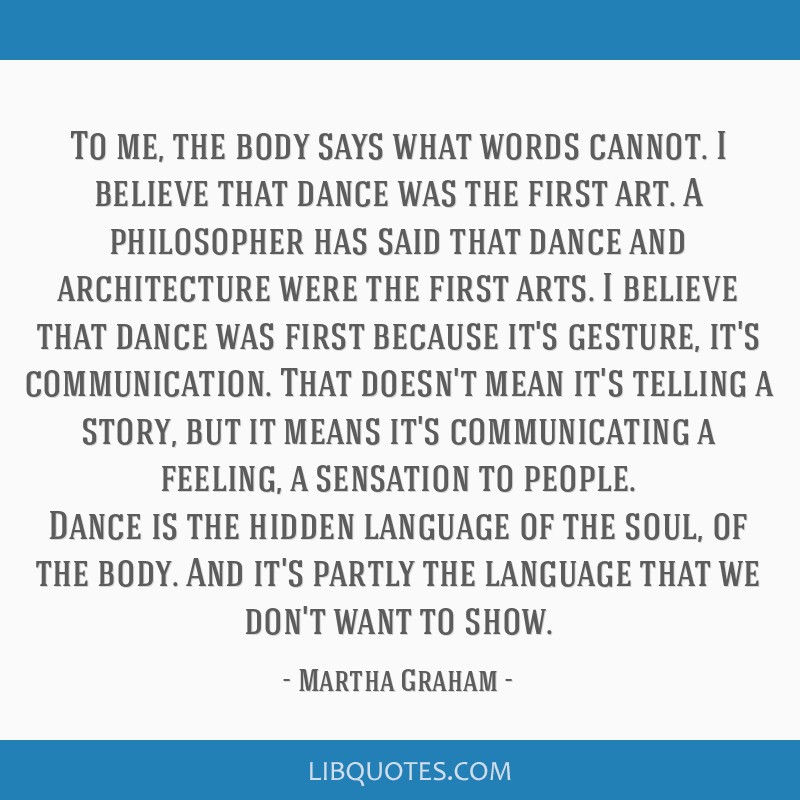 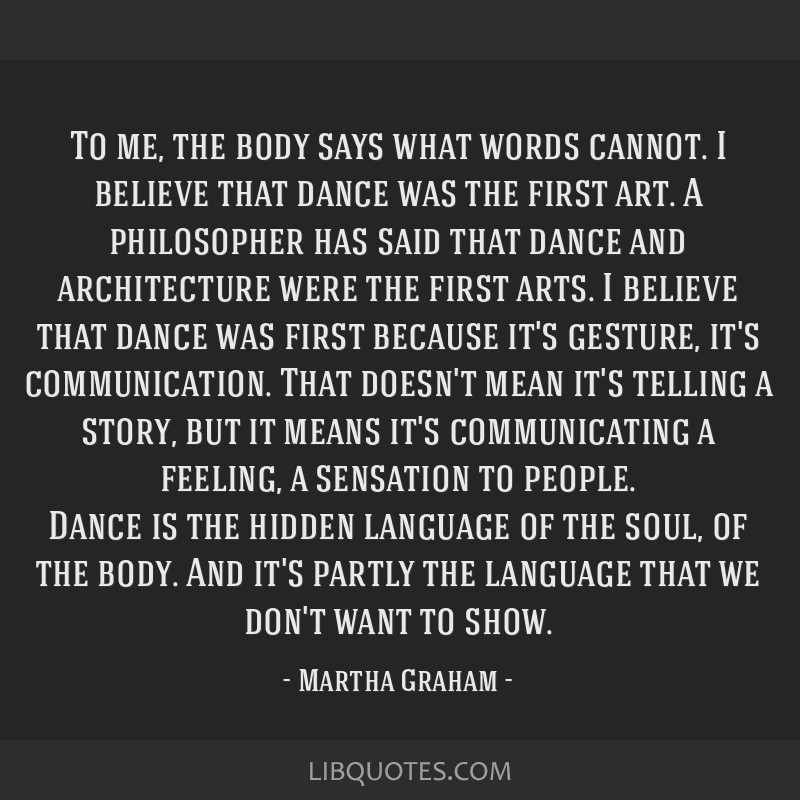