But mathematics is the sister, as well as the servant, of the arts and is touched with the same madness and genius.

Marston Morse
The creative scientist lives in a 'wildness of logic,' where reason is the handmaiden and not the master.

Marston Morse
Mathematicians of today are perhaps too exuberant in their desire to build new logical foundations for everything. Forever the foundation and never the cathedral.

Marston Morse
Discovery in mathematics is not a matter of logic. It is rather the result of mysterious powers which no one understands, and in which unconscious recognition of beauty must play an important part. Out of an infinity of designs, a mathematician chooses one pattern for beauty's sake and pulls it down to earth.

Marston Morse
As Durer knew full well, there is a center and final substance in mathematics whose perfect beauty is rational, but rational "in retrospect." The discovery which comes before, those rare moments which elevate man, and the searchings of the heart which come after are not rational. They are groupings filled with wonder and sometimes sorrow. 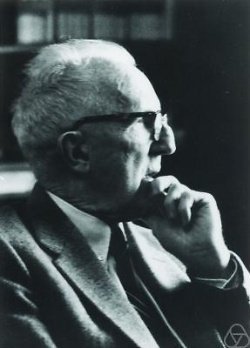 Creative Commons
Born: March 24, 1892
Died: June 22, 1977 (aged 85)
Bio: Harold Calvin Marston Morse was an American mathematician best known for his work on the calculus of variations in the large, a subject where he introduced the technique of differential topology now known as Morse theory.
Known for: