I think awards in this country at this time are inappropriate to be received or given until the condition of the American Indian is drastically altered. If we are not our brother's keeper, at least let us not be his executioner.

Speech for the Academy Awards written by Brando as it appeared in the New York Times (March 30, 1973) 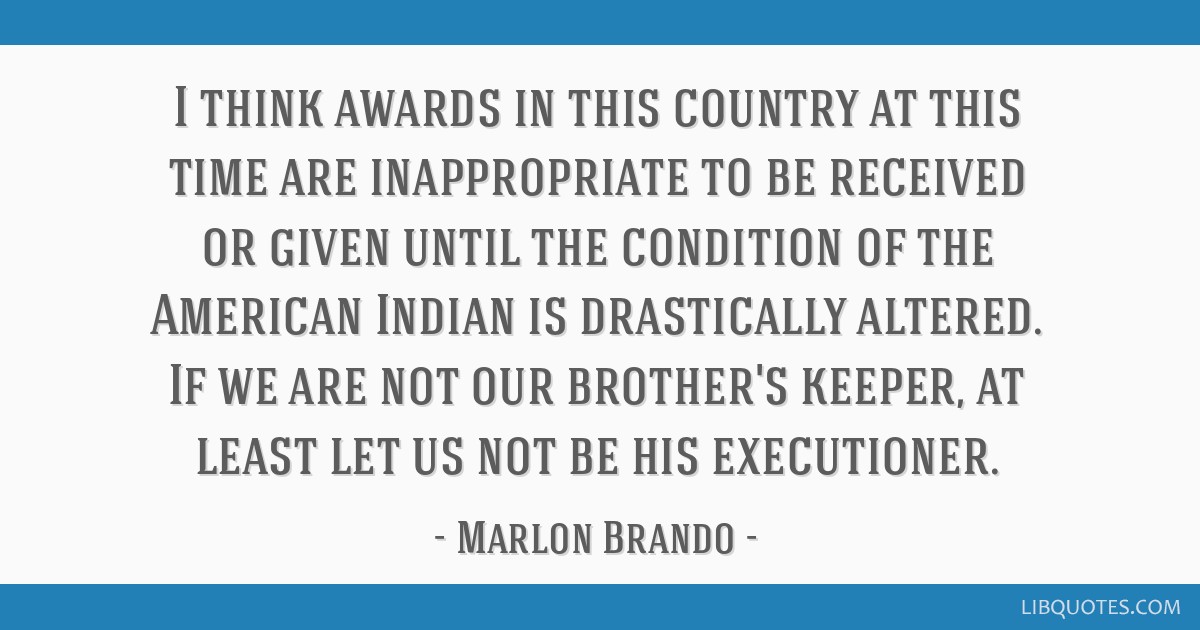 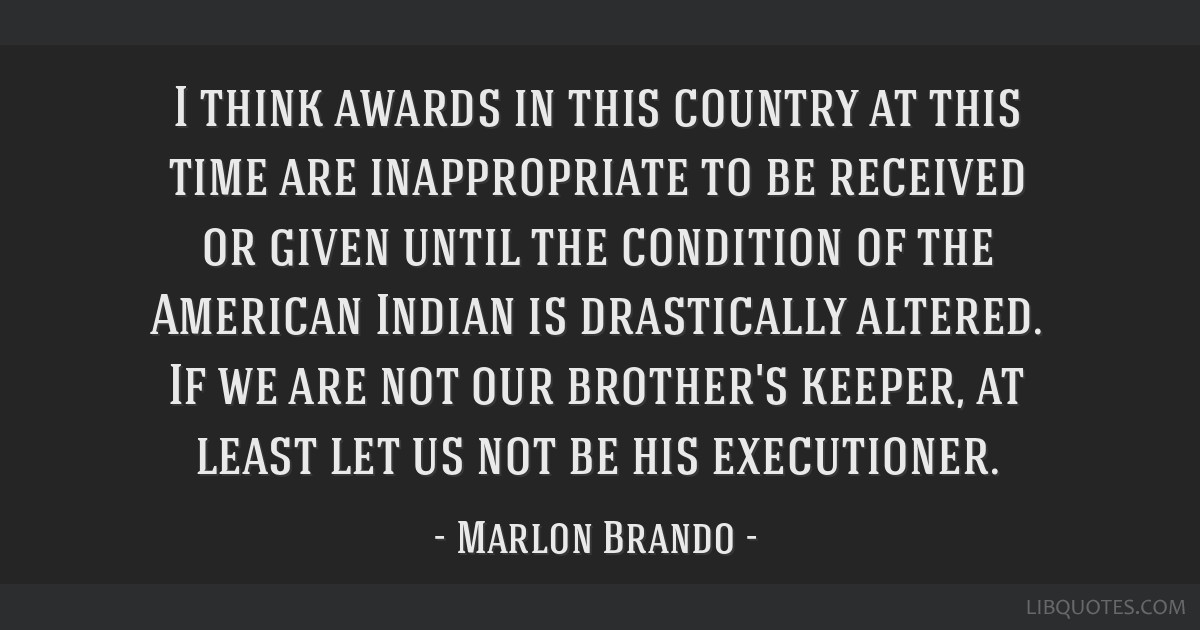 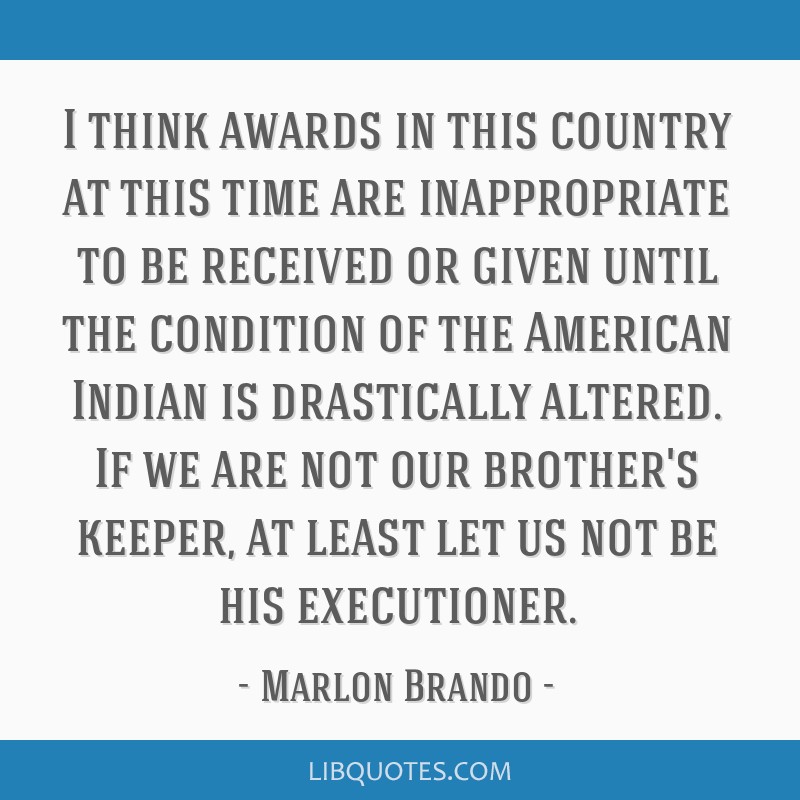 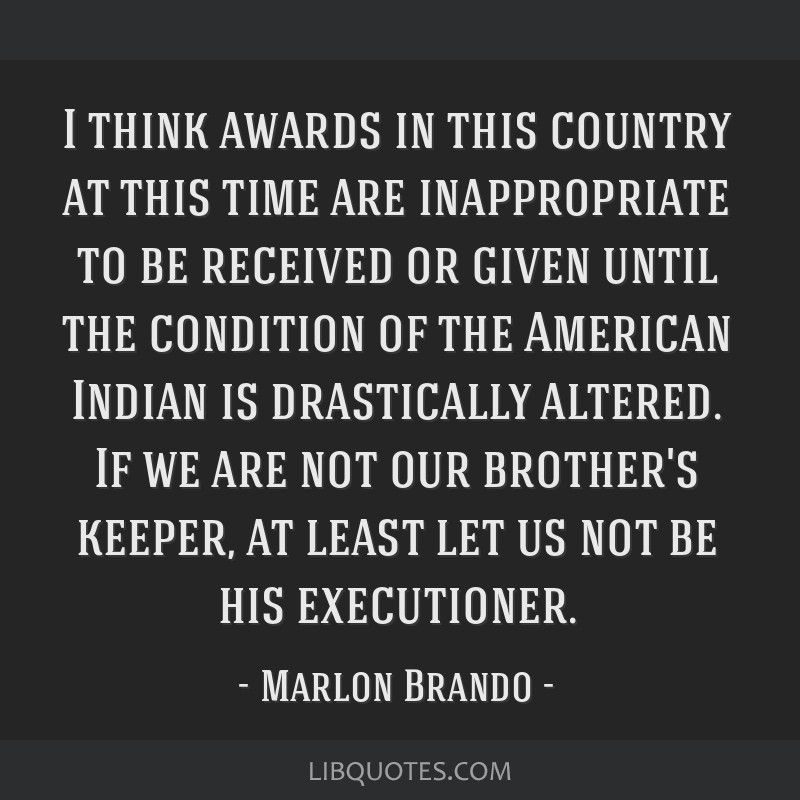 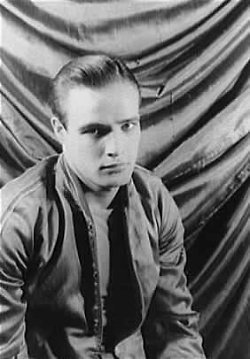