If not exactly raging against the dying of the light, I was at least a little cross with it. 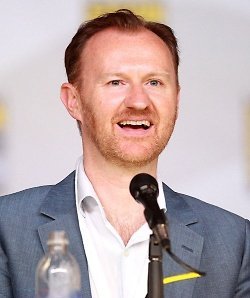 Creative Commons
Born: October 17, 1966 (age 56)
Bio: Mark Gatiss is an English actor, comedian, screenwriter and novelist. His work includes writing for and acting in the TV series Doctor Who and Sherlock. Together with Reece Shearsmith, Steve Pemberton and Jeremy Dyson, he is a member of the comedy team The League of Gentlemen.
Known for: