My desk, most loyal friend
thank you. You've been with me on
every road I've taken.
My scar and my protection.

Marina Tsvetaeva
Freedom! A wanton slut on a profligate's breast!

Marina Tsvetaeva
Love is a stepmother, and no mother.
Then expect no justice and mercy from her.

Marina Tsvetaeva
In this most Christian of worlds all poets are Jews.

Marina Tsvetaeva
It crawls, the underground snake,
crawls, with its load of people.
And each one has his
newspaper, his skin
disease; a twitch of chewing;
newspaper caries.
Masticators of gum,
readers of newspapers. 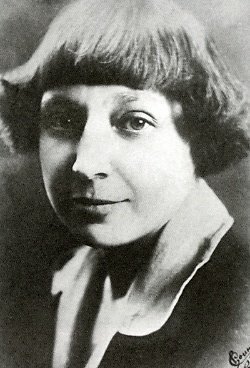 Creative Commons
Born: October 8, 1892
Died: August 31, 1941 (aged 48)
Bio: Marina Ivanovna Tsvetaeva was a Russian and Soviet poet. Her work is considered among some of the greatest in twentieth century Russian literature. She lived through and wrote of the Russian Revolution of 1917 and the Moscow famine that followed it.
Known for: