Acting became important. It became an art that belonged to the actor, not to the director or producer, or the man whose money had bought the studio. It was an art that transformed you into somebody else, that increased your life and mind. I had always loved acting and tried hard to learn it. But with Michael Chekhov, acting became more than a profession to me. It became a sort of religion. 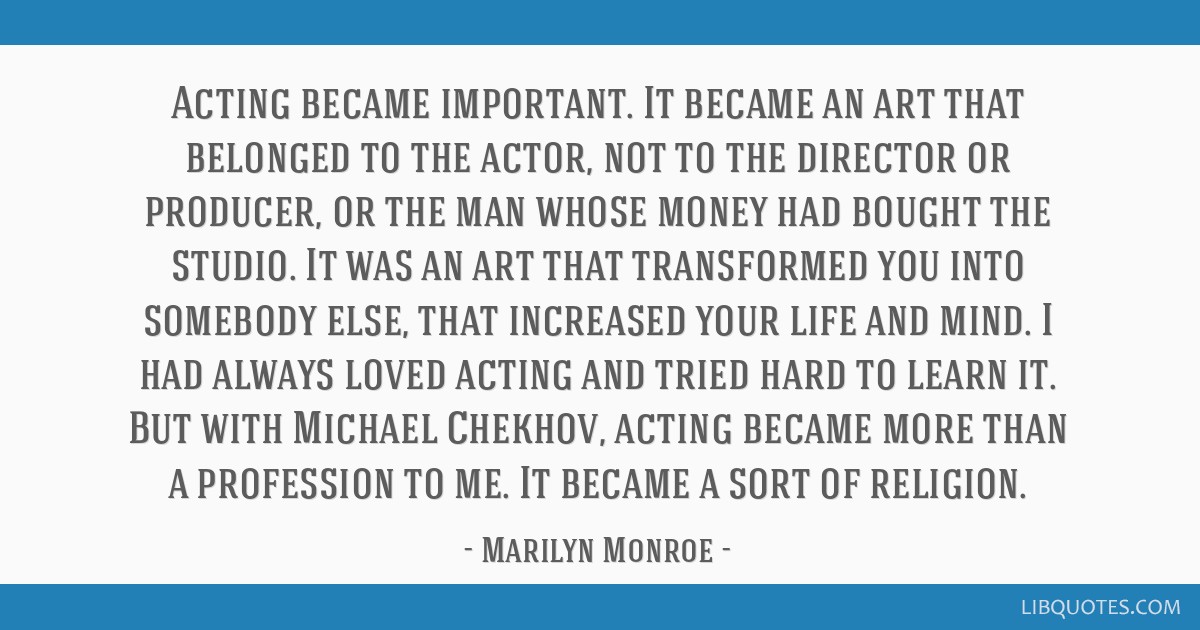 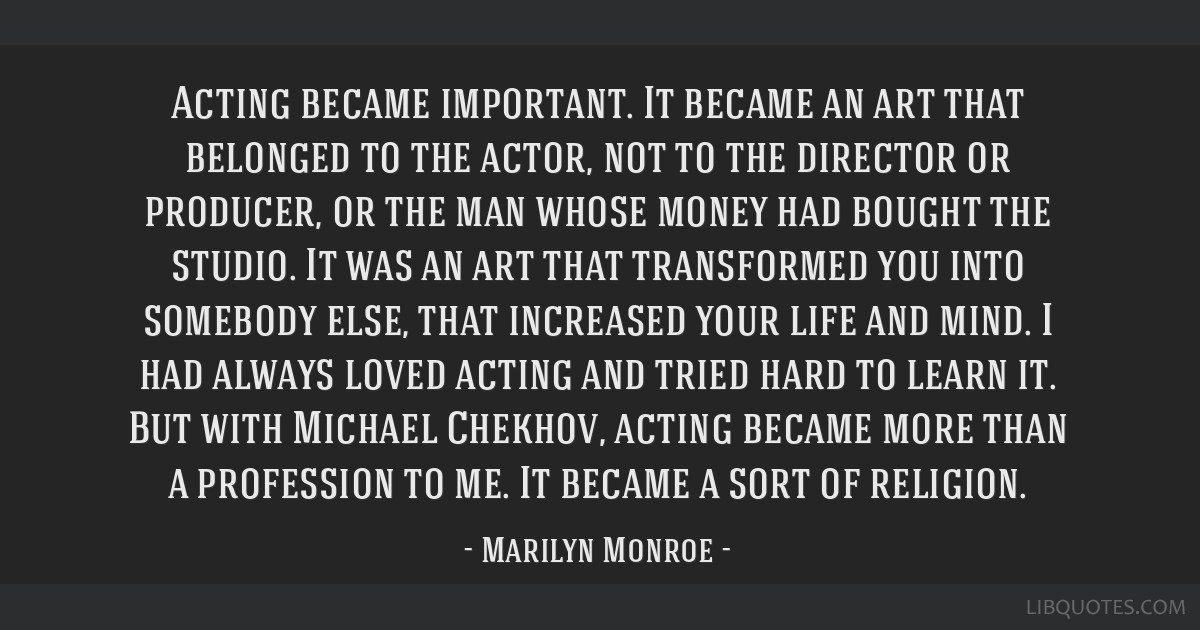 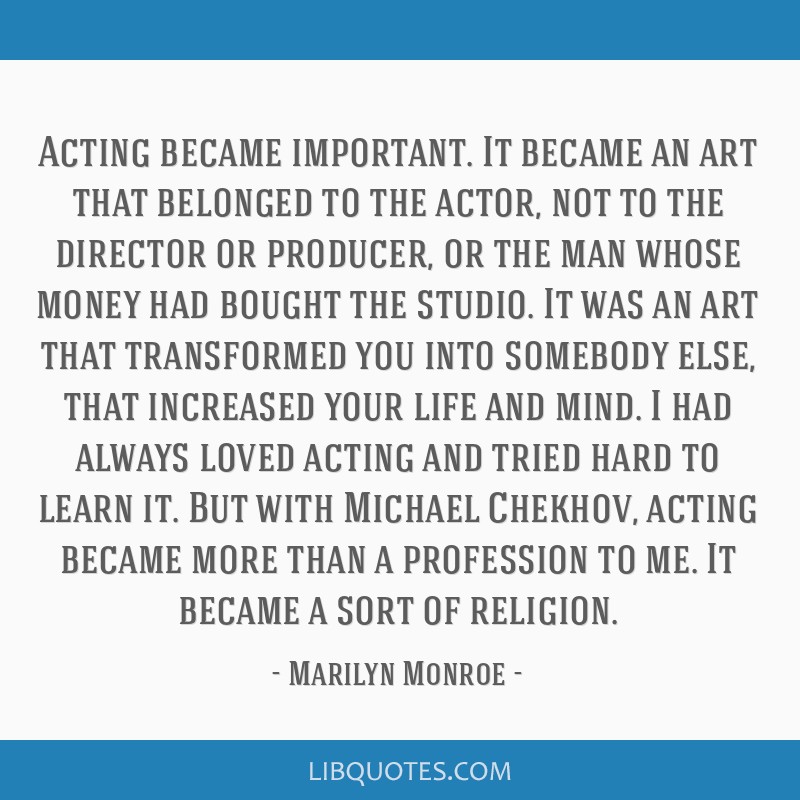 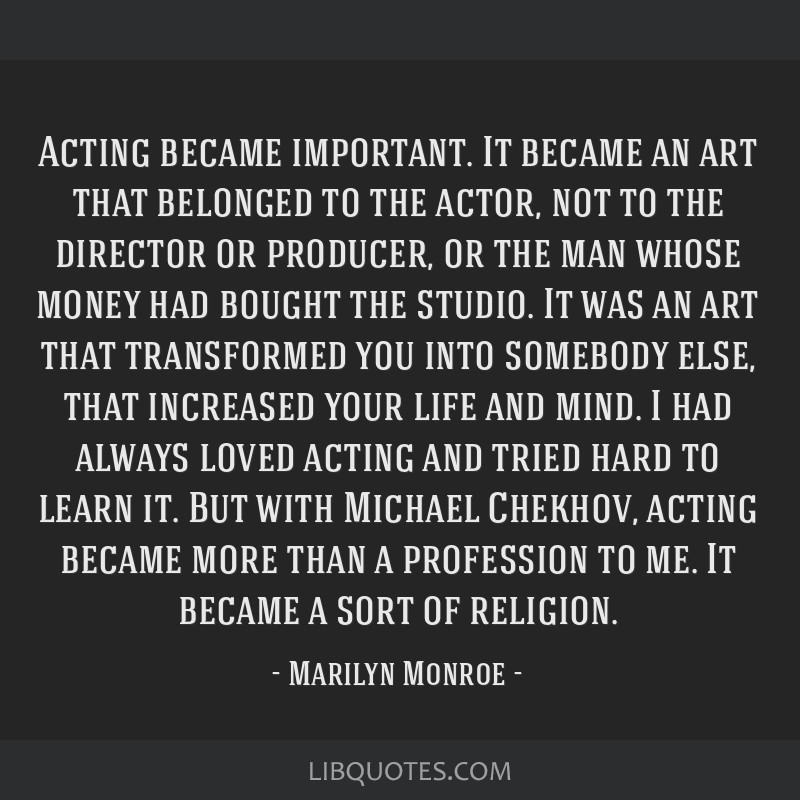 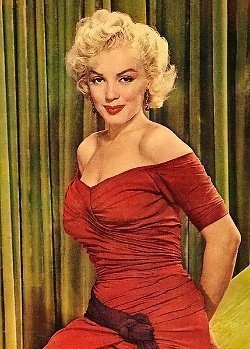