No theory of government was ever given a fairer test or a more prolonged experiment in a democratic country than democratic socialism received in Britain. Yet it was a miserable failure in every respect. Far from reversing the slow relative decline of Britain vis-à-vis its main industrial competitors, it accelerated it. We fell further behind them, until by 1979 we were widely dismissed as 'the sick man of Europe'... To cure the British disease with socialism was like trying to cure leukaemia with leeches. 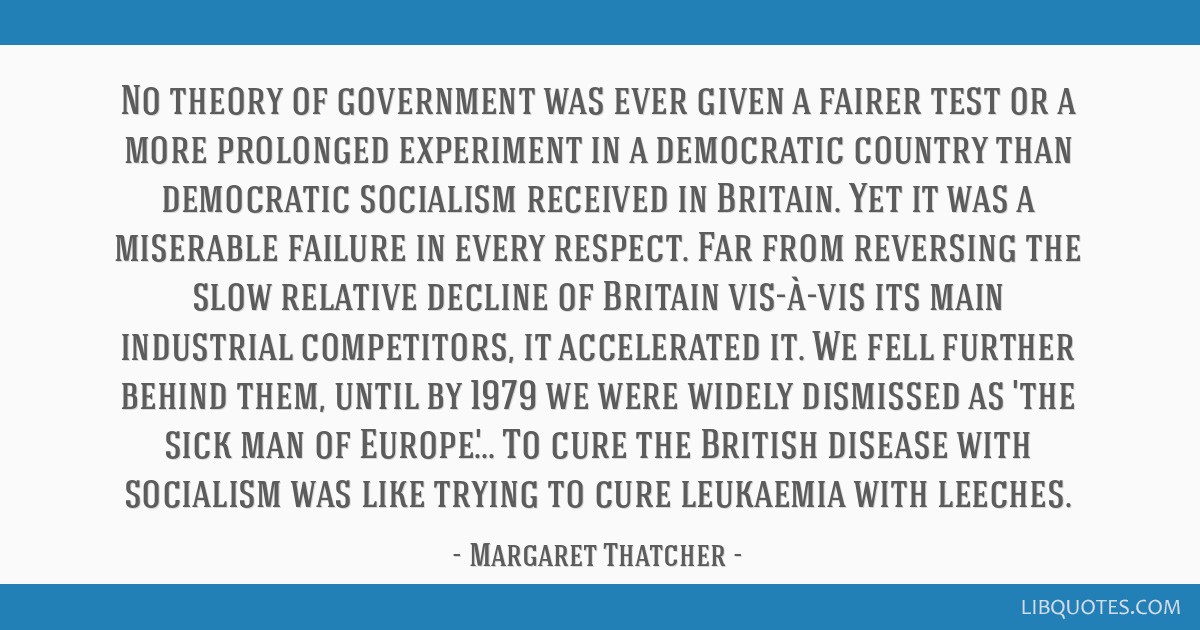 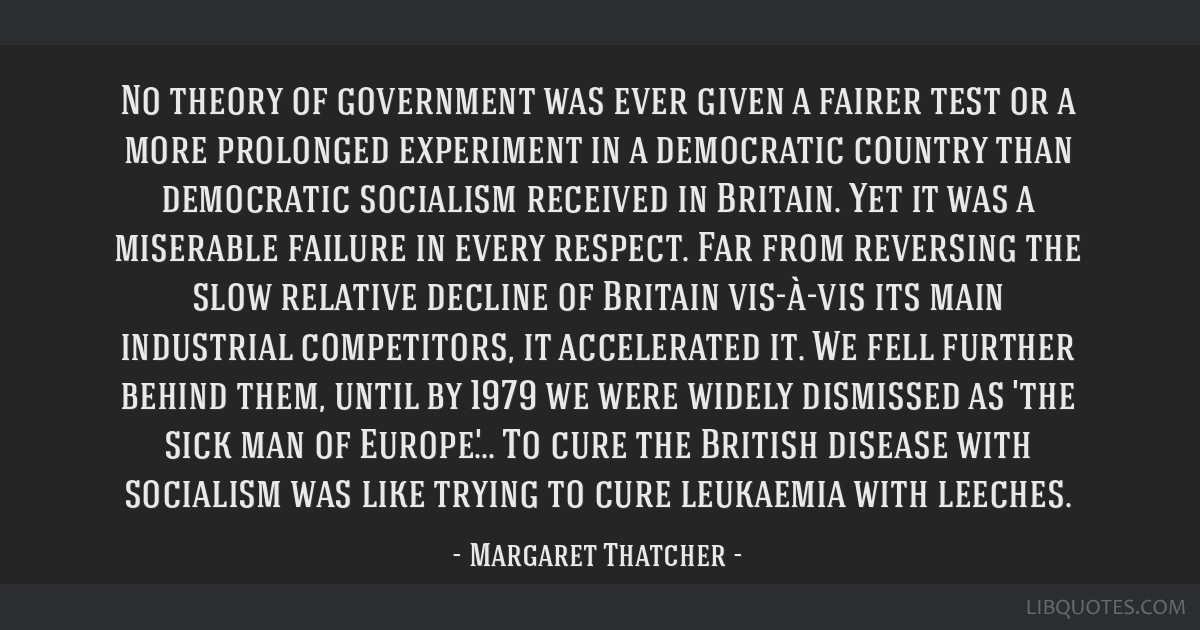 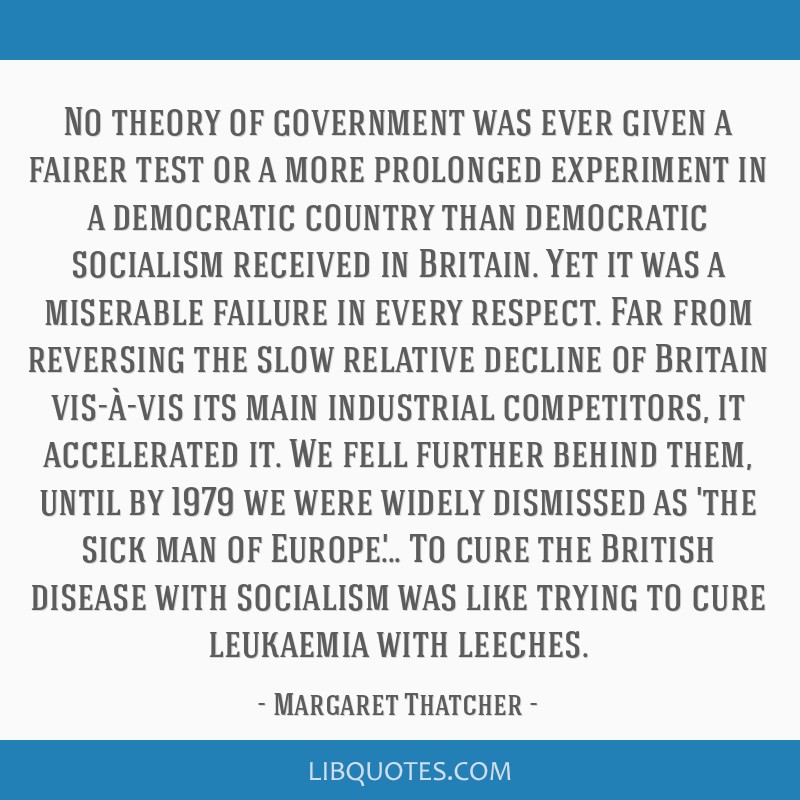 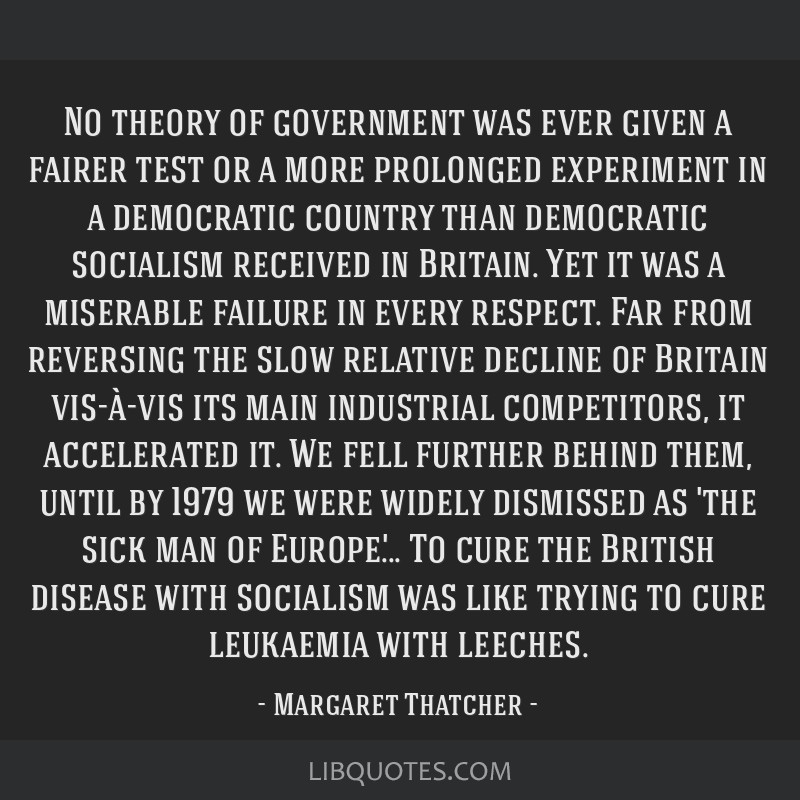