The choice facing the nation is between two totally different ways of life. And what a prize we have to fight for: no less than the chance to banish from our land the dark, divisive clouds of Marxist socialism and bring together men and women from all walks of life who share a belief in freedom. 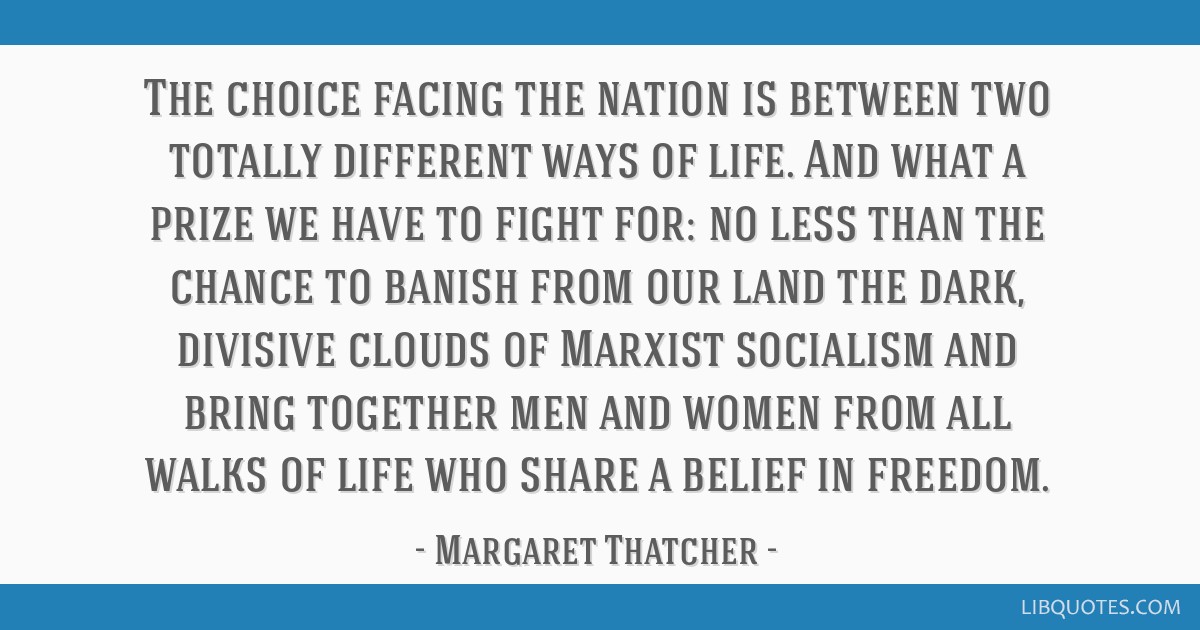 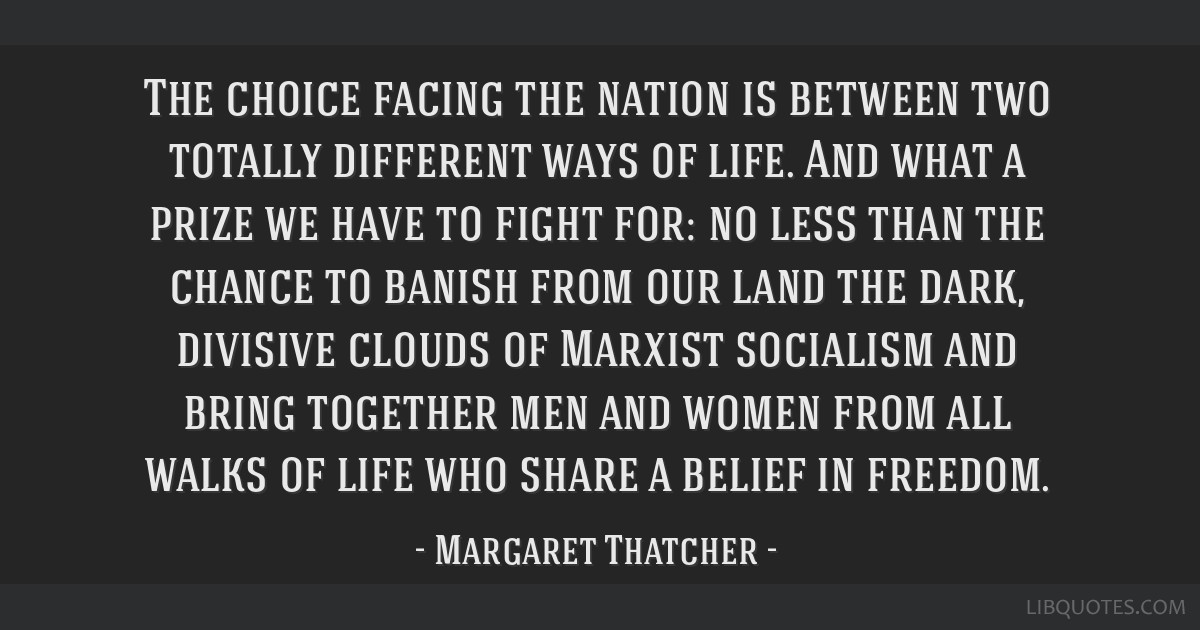 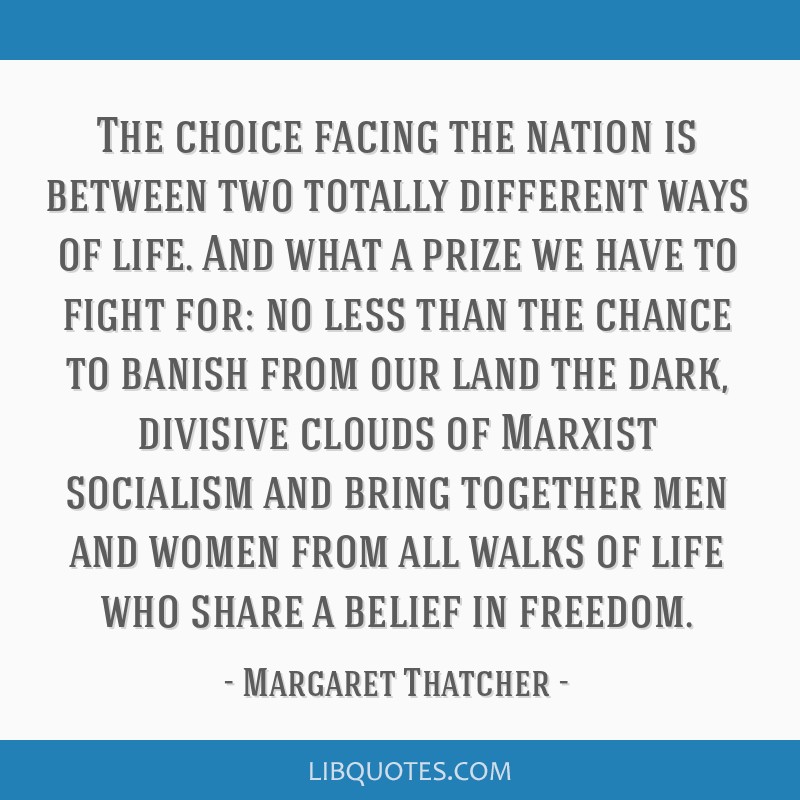 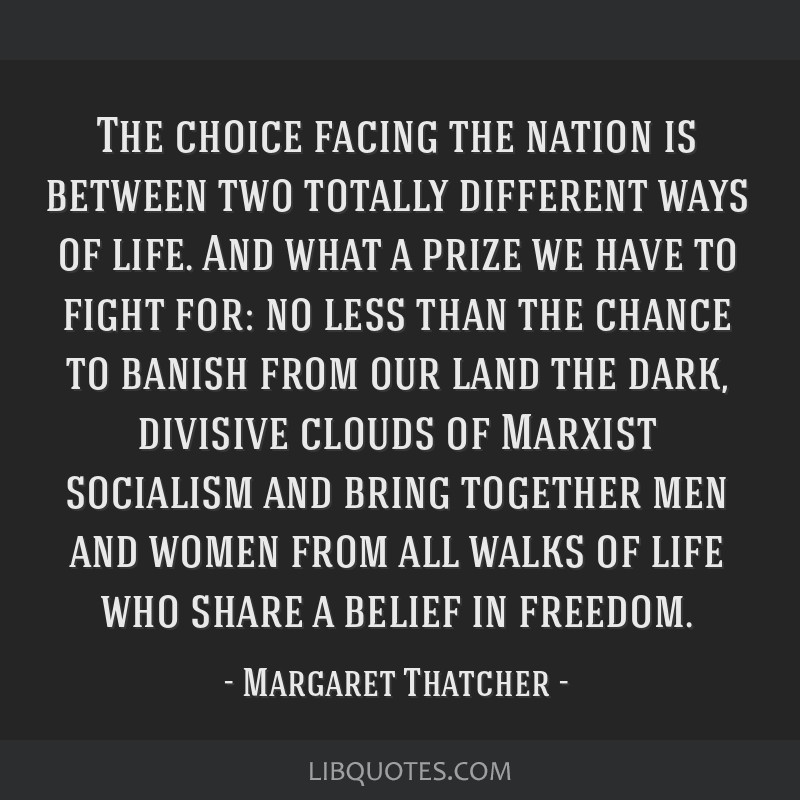