When the ANC says that they will target British companies. This shows what a typical terrorist organisation it is. I fought terrorism all my life and if more people fought it, and we were all more successful, we should not have it and I hope that everyone in this hall will think it is right to go on fighting terrorism. They will if they believe in democracy.

Press Conference, 17 October 1987, in answer to Alan Merrydew of BCTV News who asked what her response was "to a reported ANC statement that they will target British firms in South Africa?" Politics Web 9 April 2013 - Third term as Prime Minister 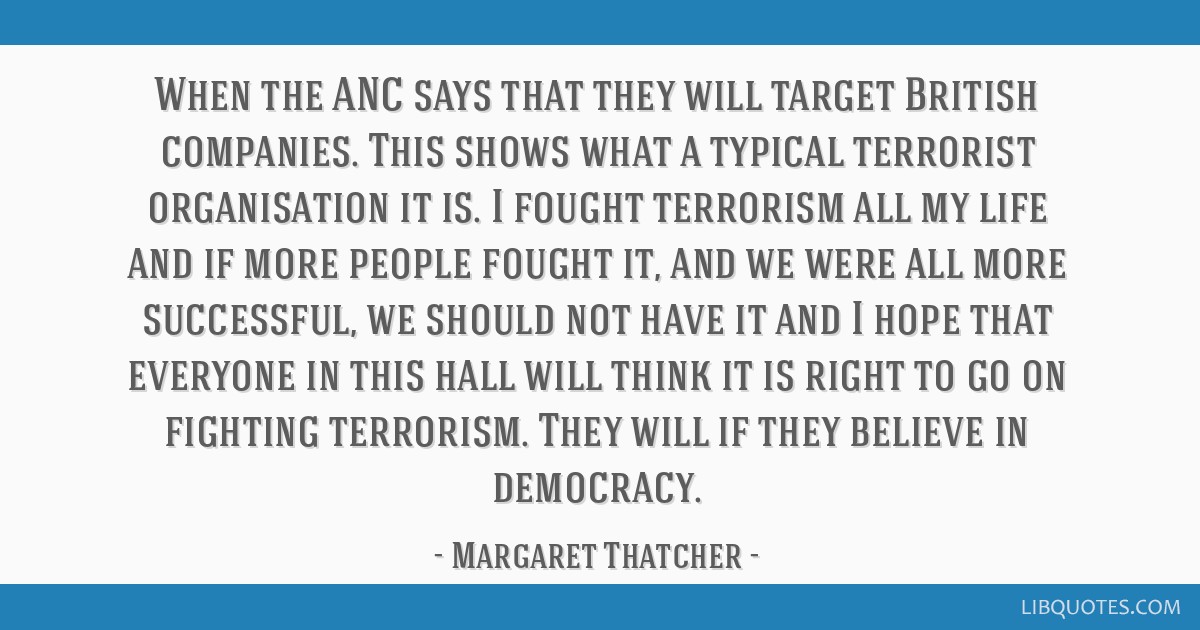 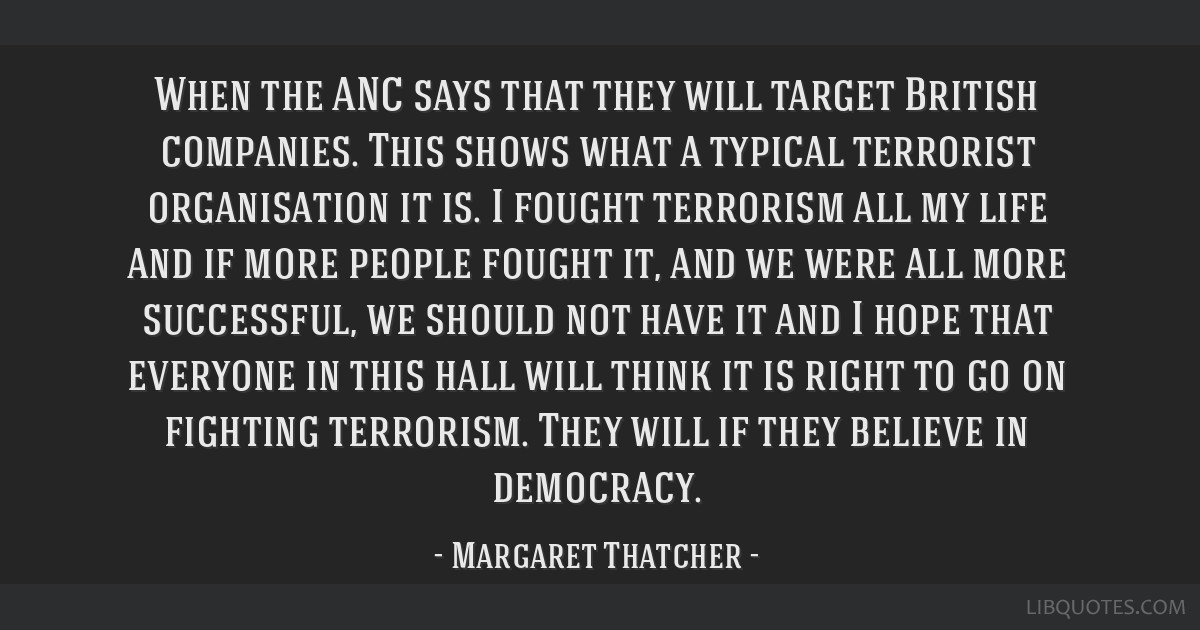 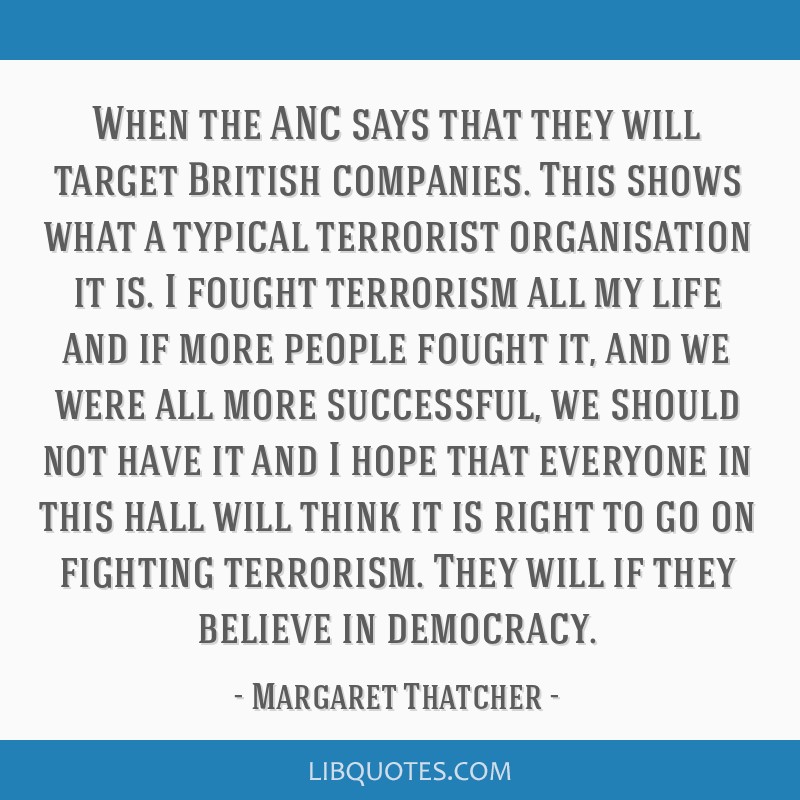 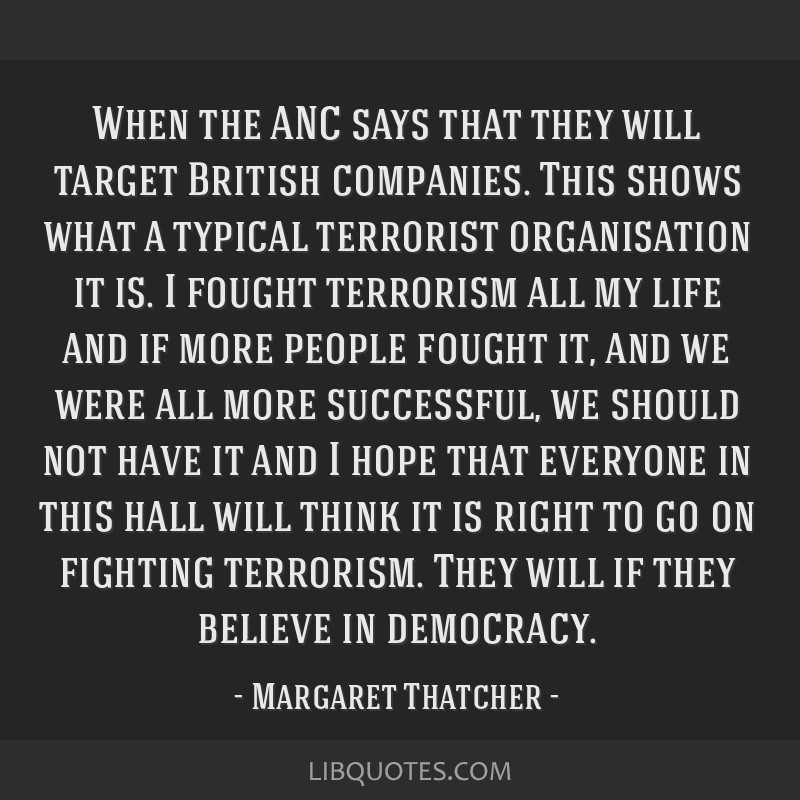