While the Soviet Union has imposed its rule on its neighbours and drawn an iron curtain between east and west, we in Great Britain have given freedom and independence to more than forty-eight countries whose populations now number more than a thousand million - a quarter of the world's total. 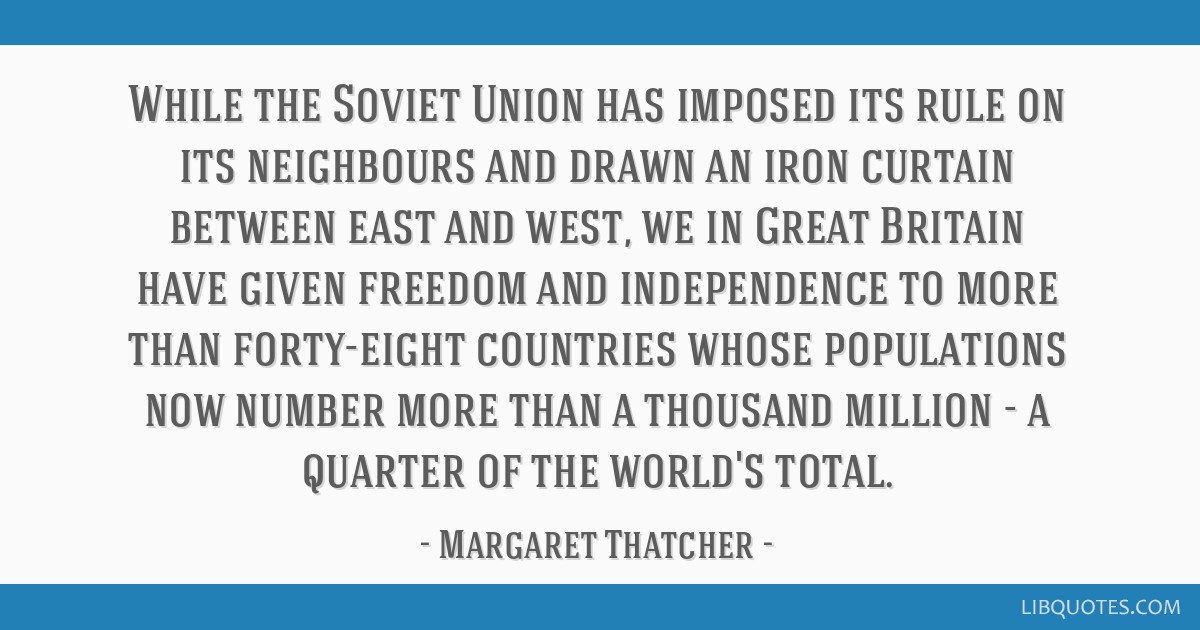 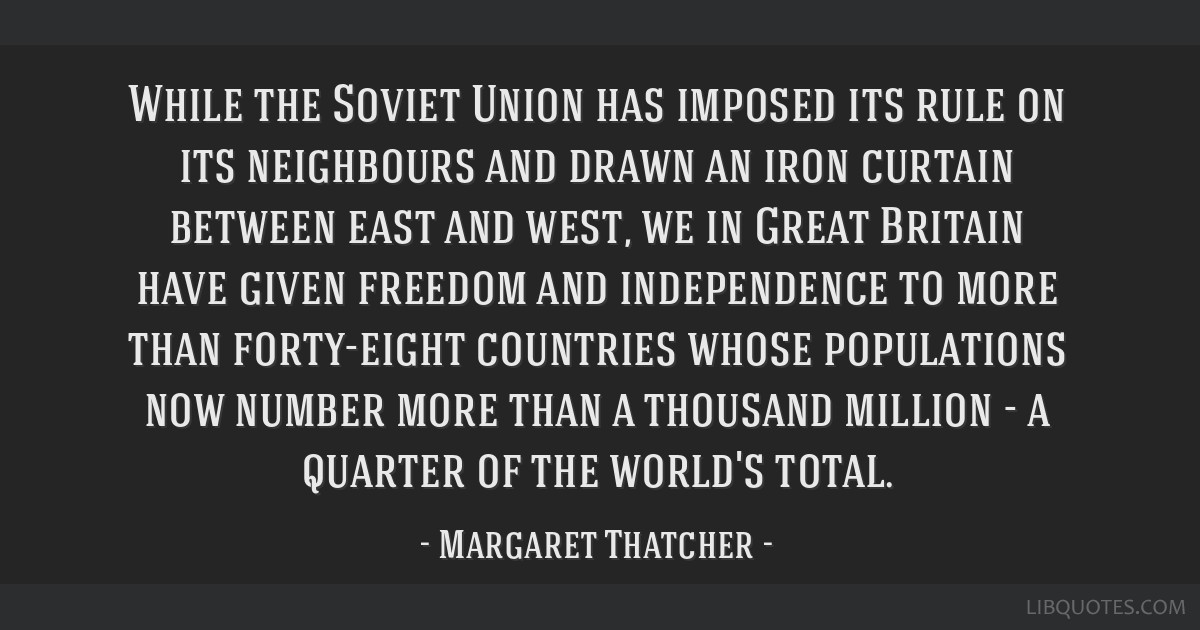 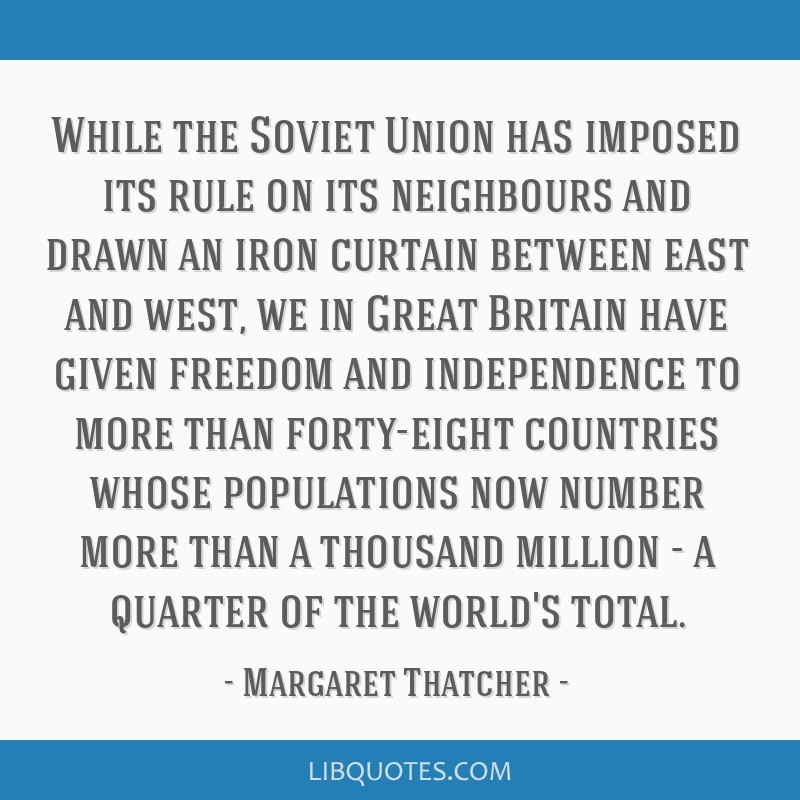 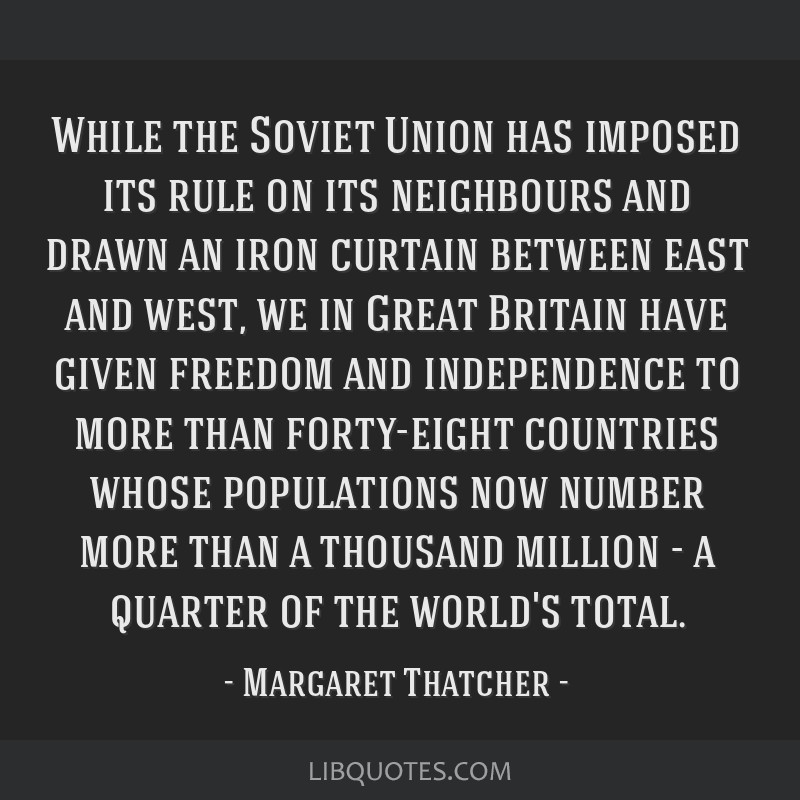