The universal nature has no external space; but the wondrous part of her art is that though she has circumscribed herself, everything which is within her which appears to decay and to grow old and to be useless she changes into herself, and again makes other new things from these very same, so that she requires neither substance from without nor wants a place into which she may cast that which decays. She is content then with her own space, and her own matter, and her own art. 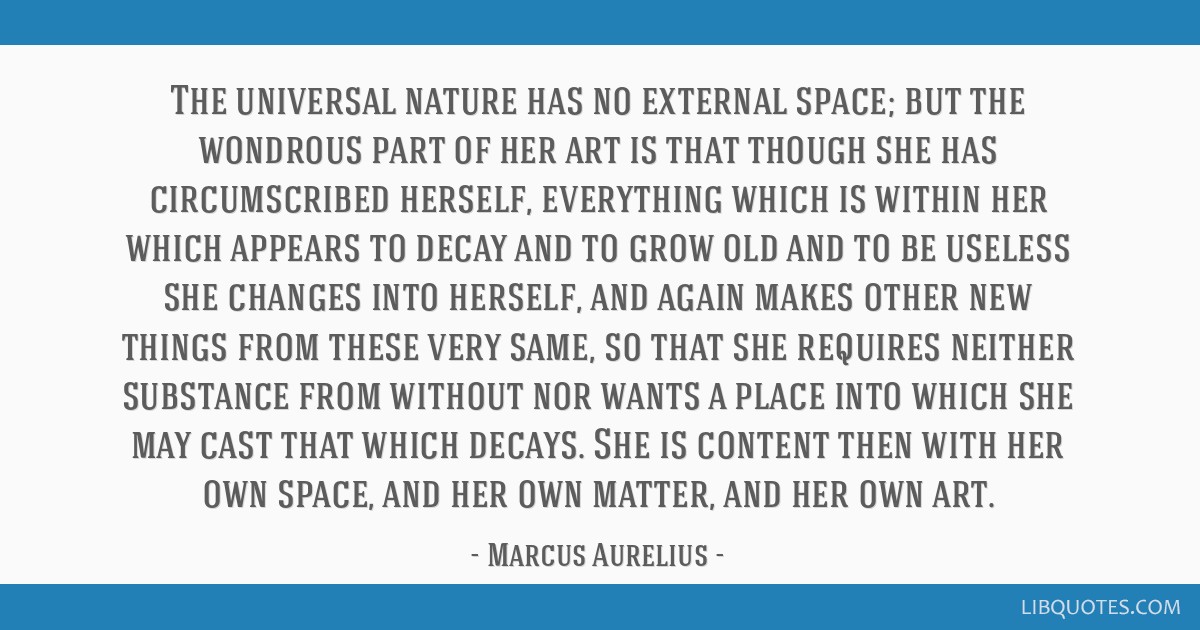 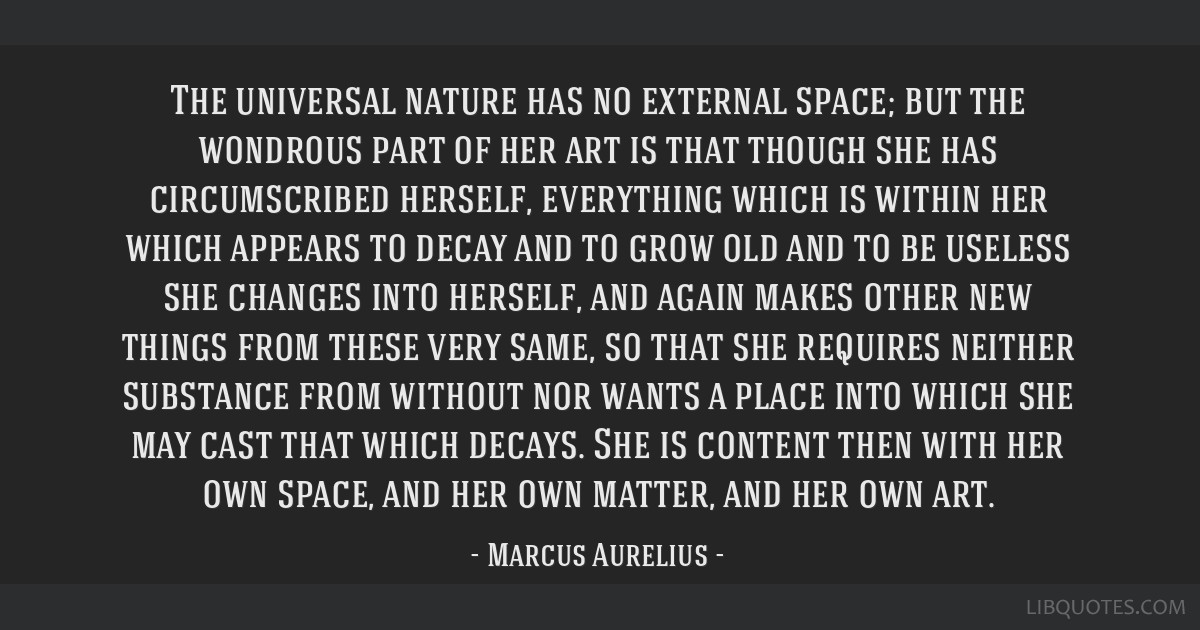 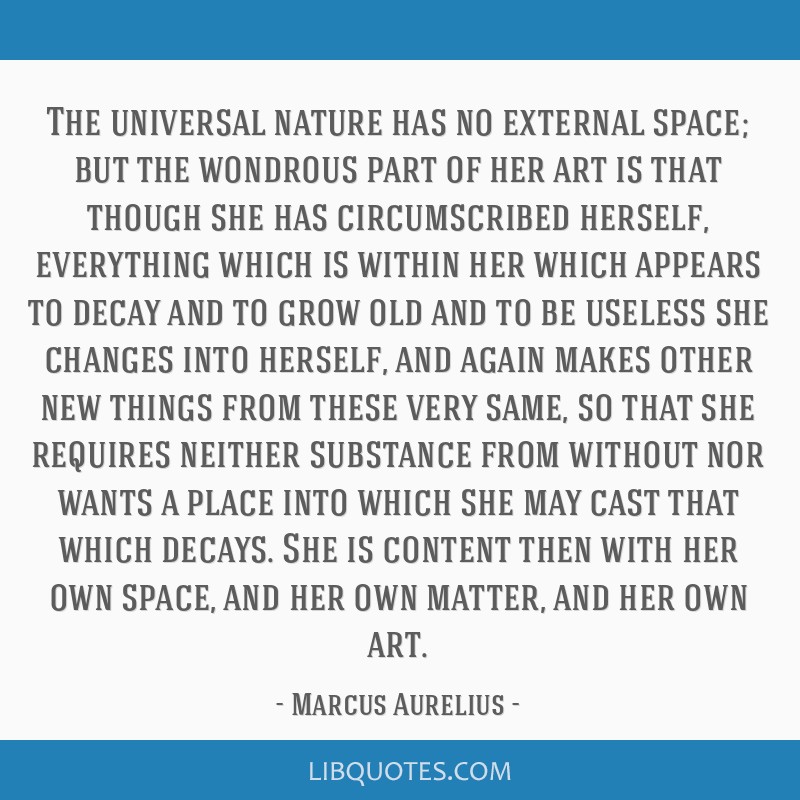 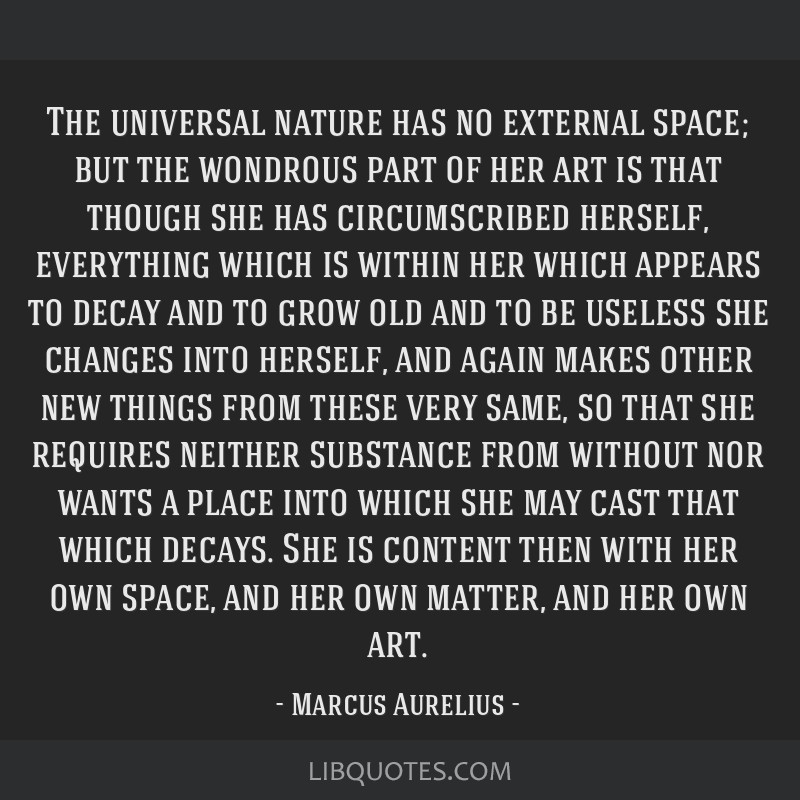 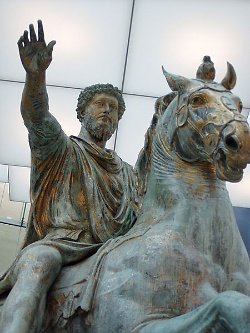