I know that back in the twenties everyone who saw it judged John Barrymore's Hamlet to be unforgettable. Great though it was, I found his Richard III even more impressive. Barrymore's sinister, half-mad hunchback became incandescent as he gleefully anticipated his conquest of the Lady Anne. The genius of the actor contrived a slight but inspired alteration of Shakespeare's: 'Was ever woman in this humour wooed? Was ever woman in this humour won?' The change to 'Never was woman in this manner wooed; never was woman in this manner won' heightened the deviltry in Richard's gloating. 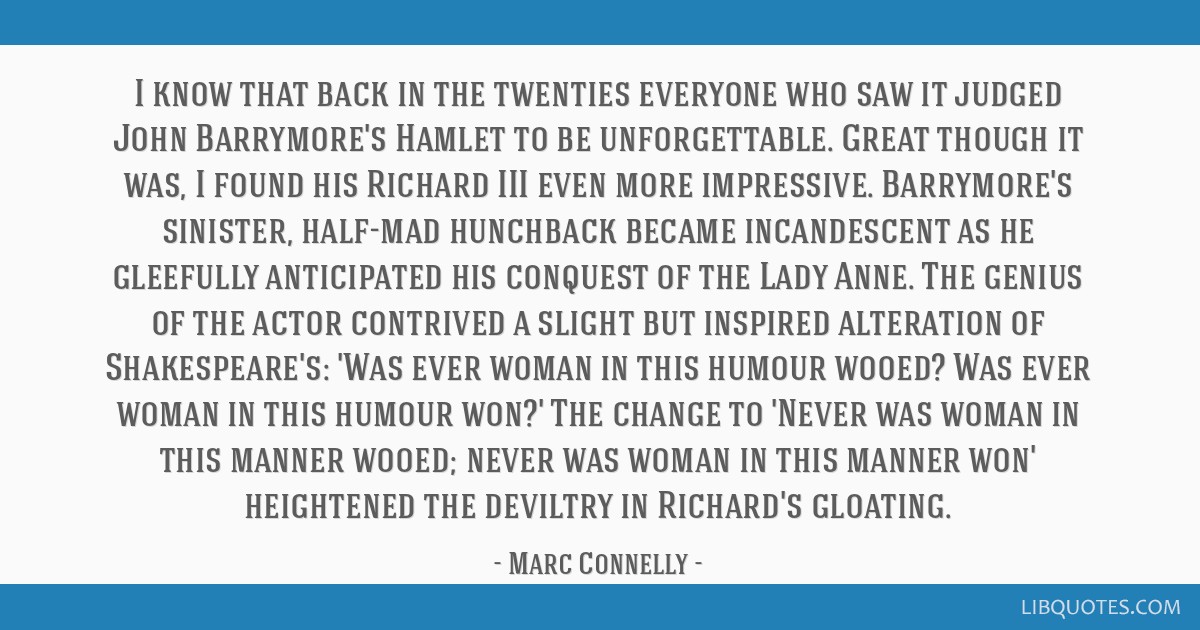 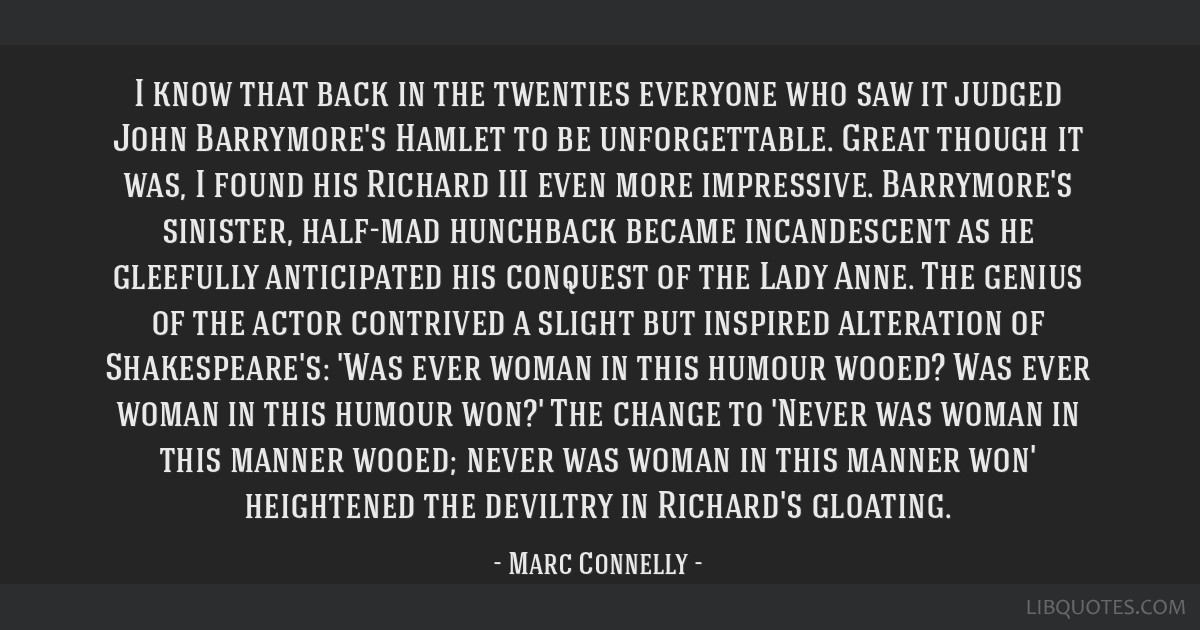 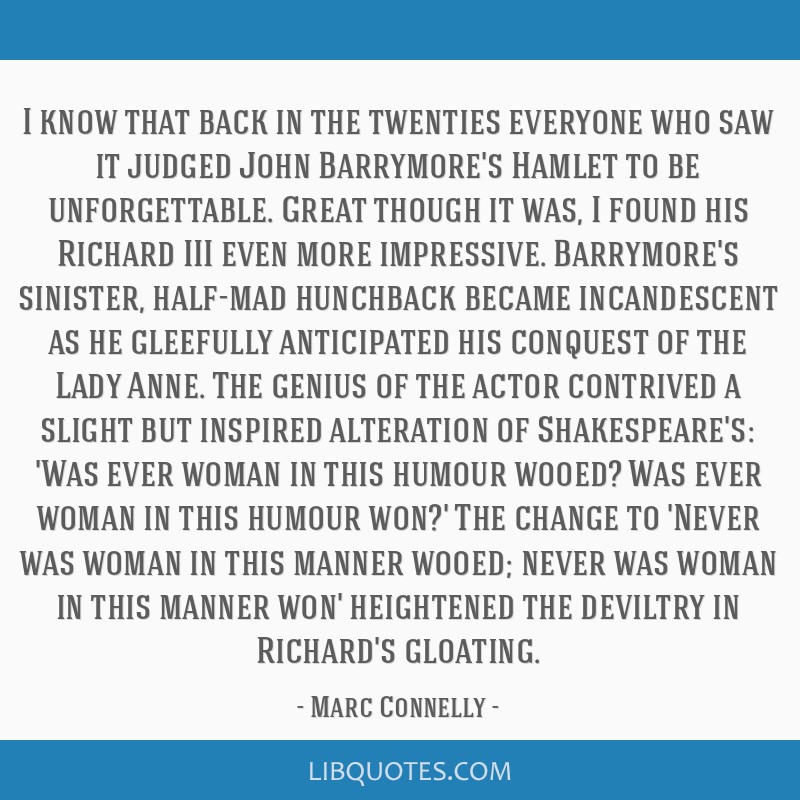 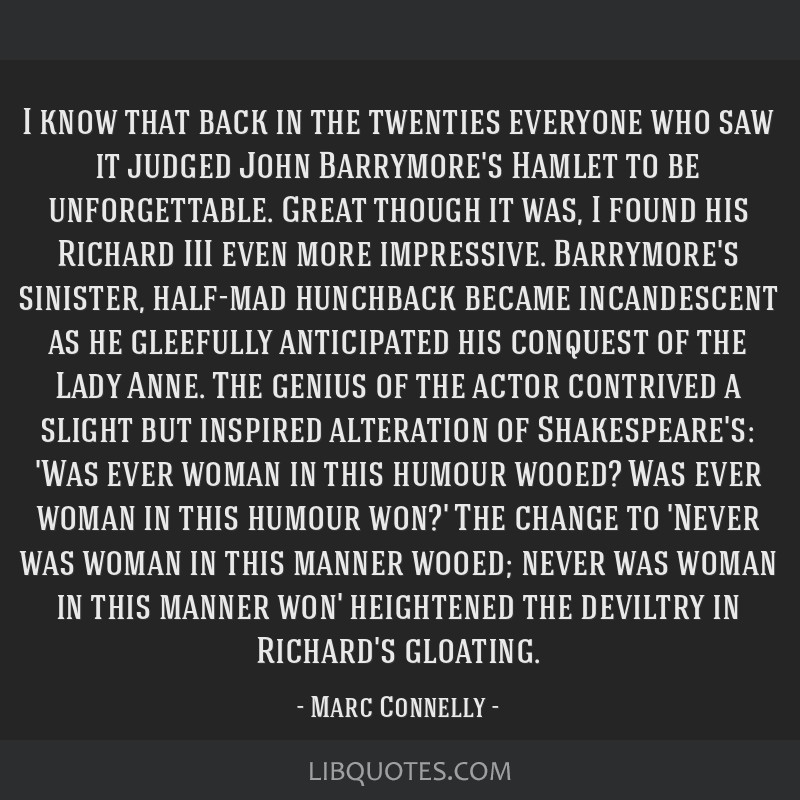 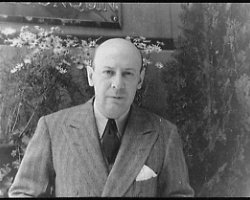