Our national defense will be consolidated and no imperialist will be allowed to invade our territory again. Our People's armed forces must be maintained and developed with the brave and steeled People's Liberation Army as their foundation. We will have not only a powerful army but also a powerful air force and a powerful navy. 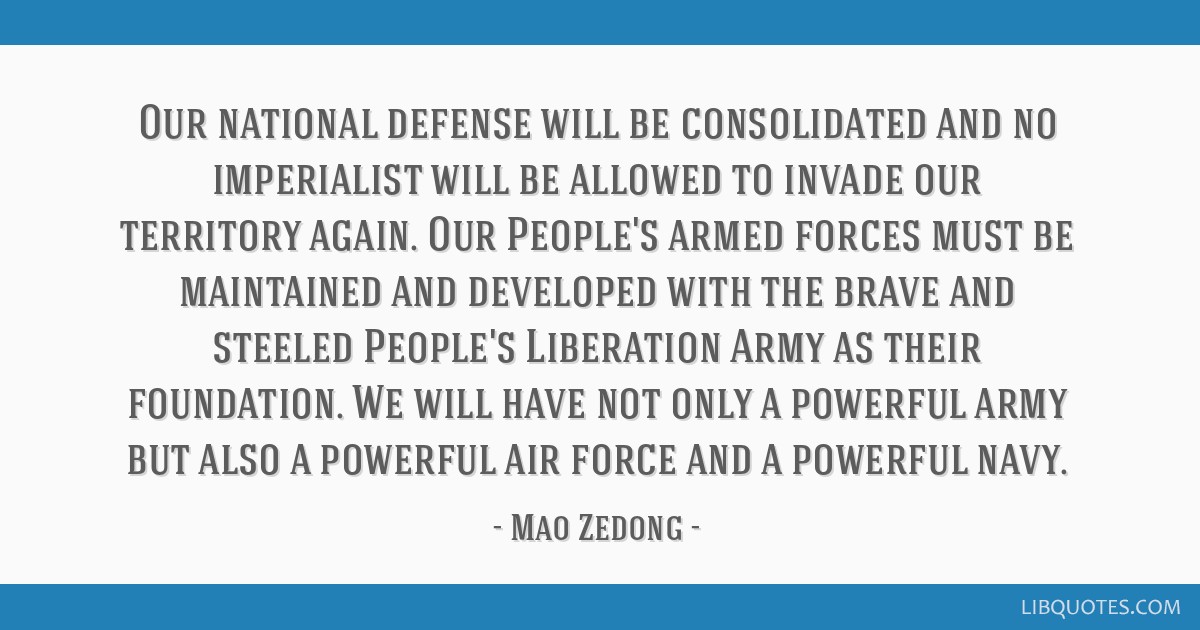 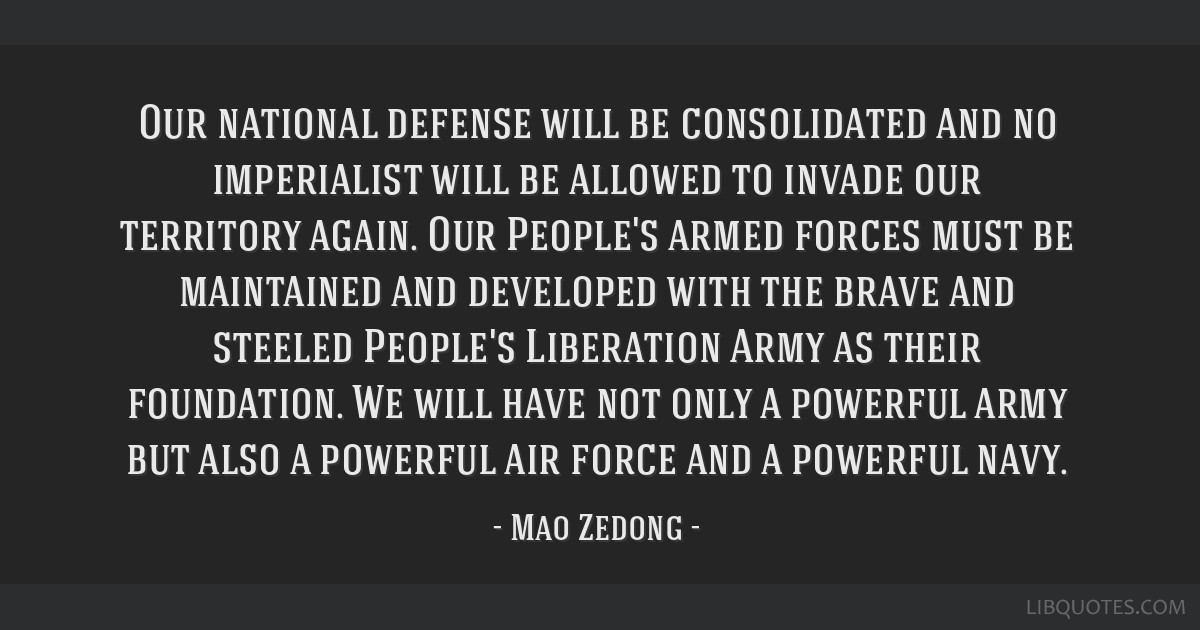 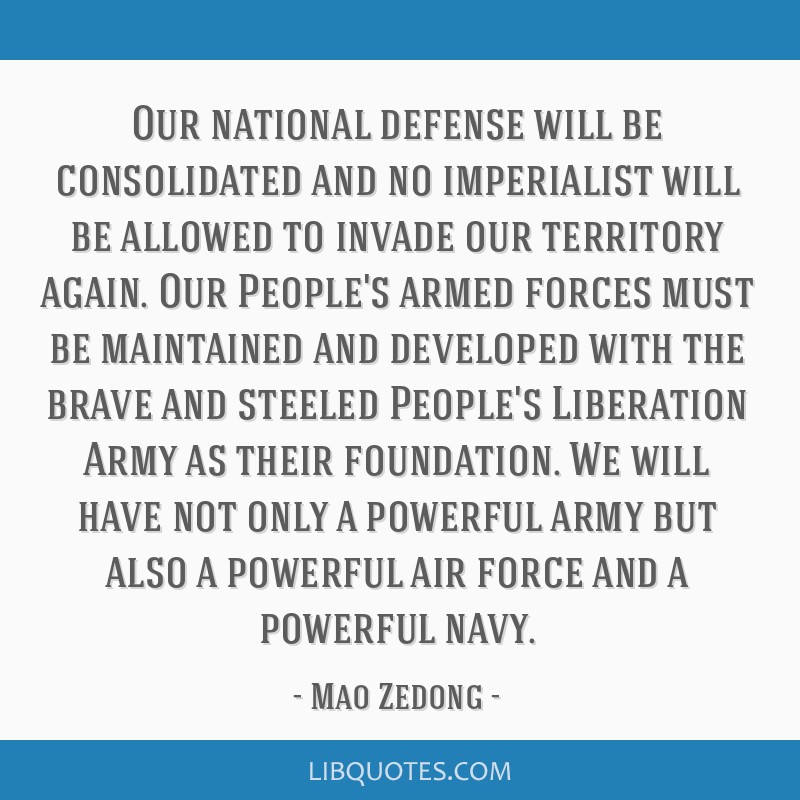 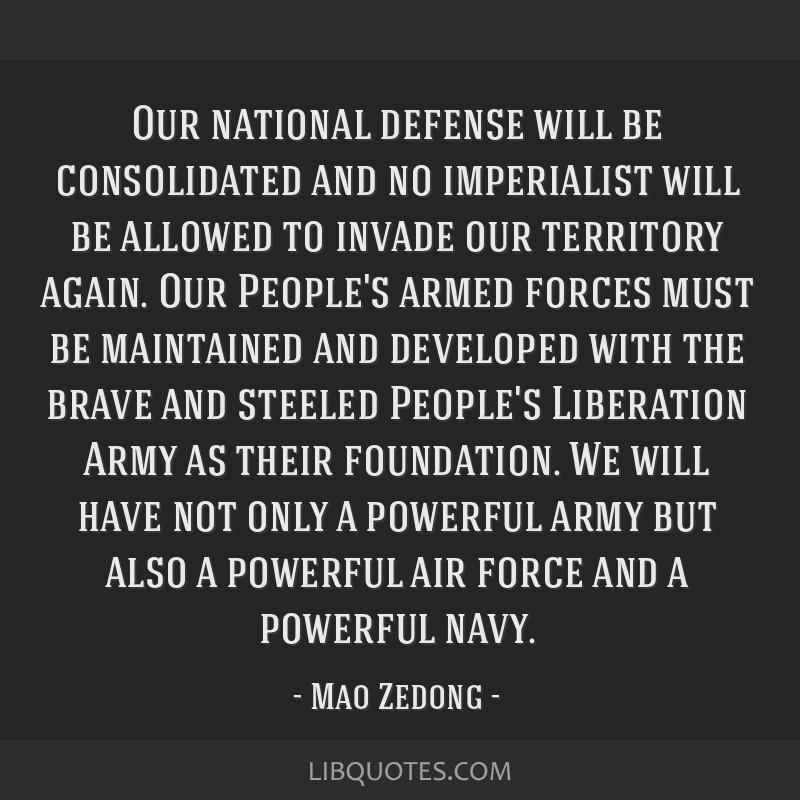 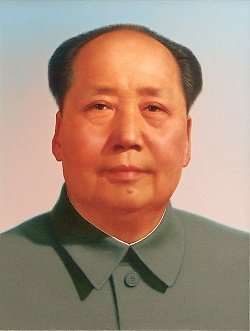