Just as the Congress party did not plan the riots, but certain individuals belonging to the party have been accused of them, I have come to know that certain people belonging to the RSS were also named in some FIRs. 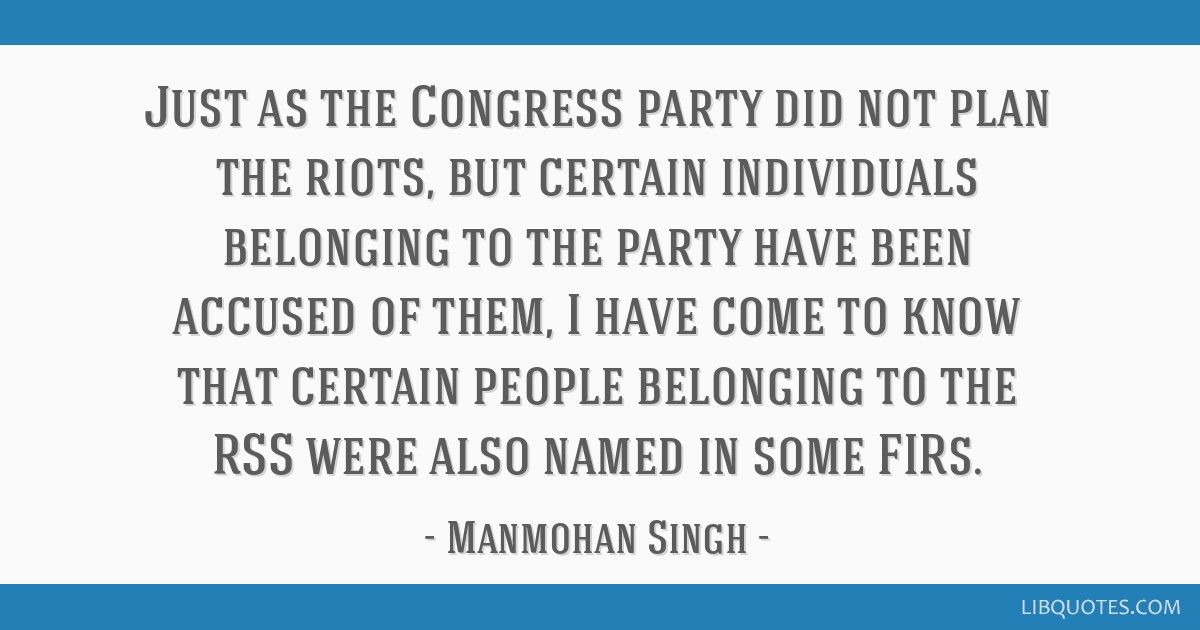 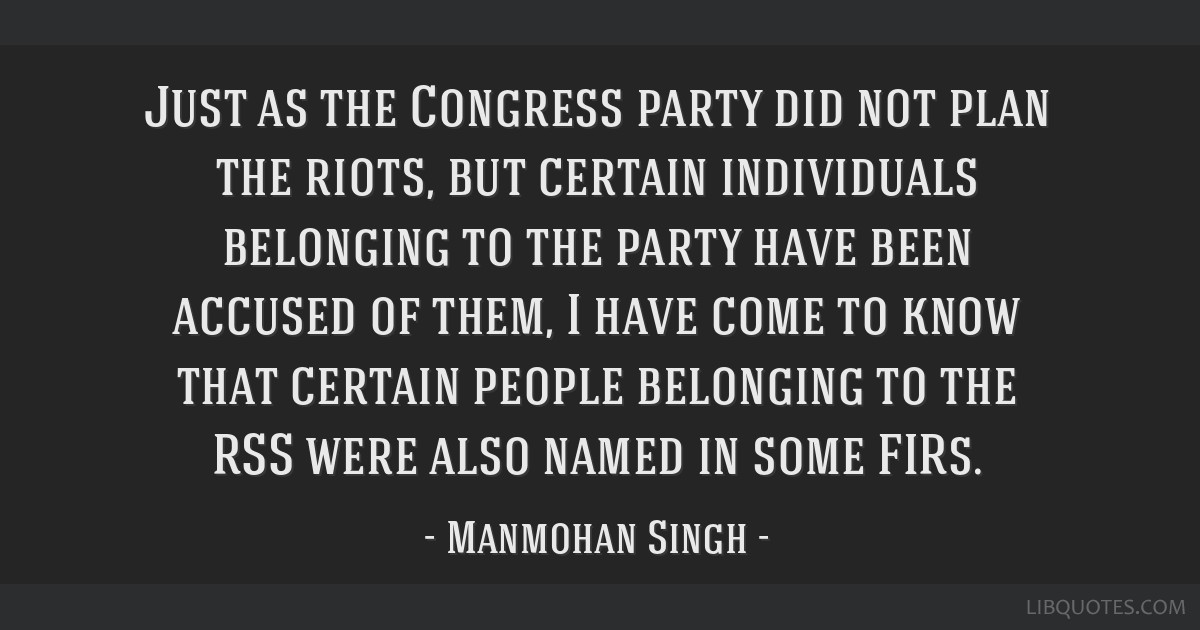 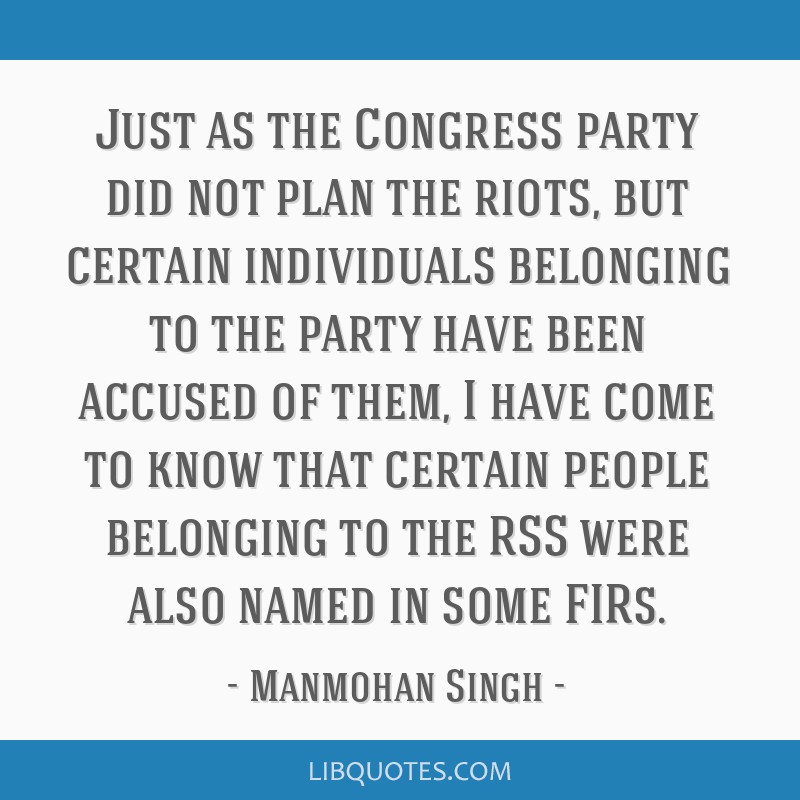 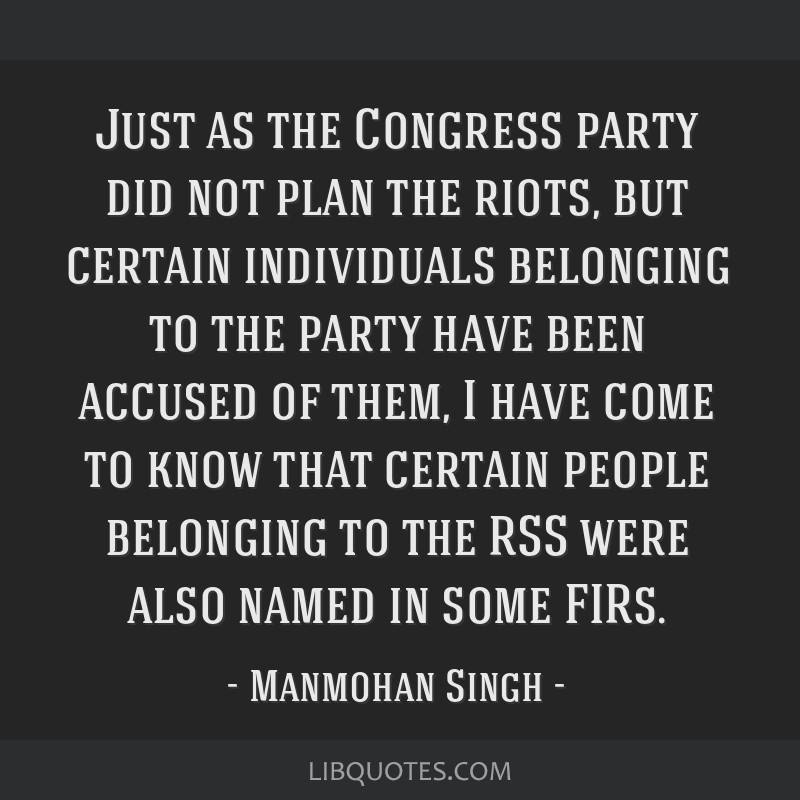 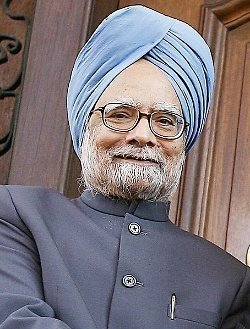