Don't change the white man's mind—you can't change his mind, and that whole thing about appealing to the moral conscience of America—America's conscience is bankrupt. She lost all conscience a long time ago. Uncle Sam has no conscience. They don't know what morals are. They don't try and eliminate an evil because it's evil, or because it's illegal, or because it's immoral; they eliminate it only when it threatens their existence. So you're wasting your time appealing to the moral conscience of a bankrupt man like Uncle Sam. If he had a conscience, he'd straighten this thing out with no more pressure being put upon him. So it is not necessary to change the white man's mind. 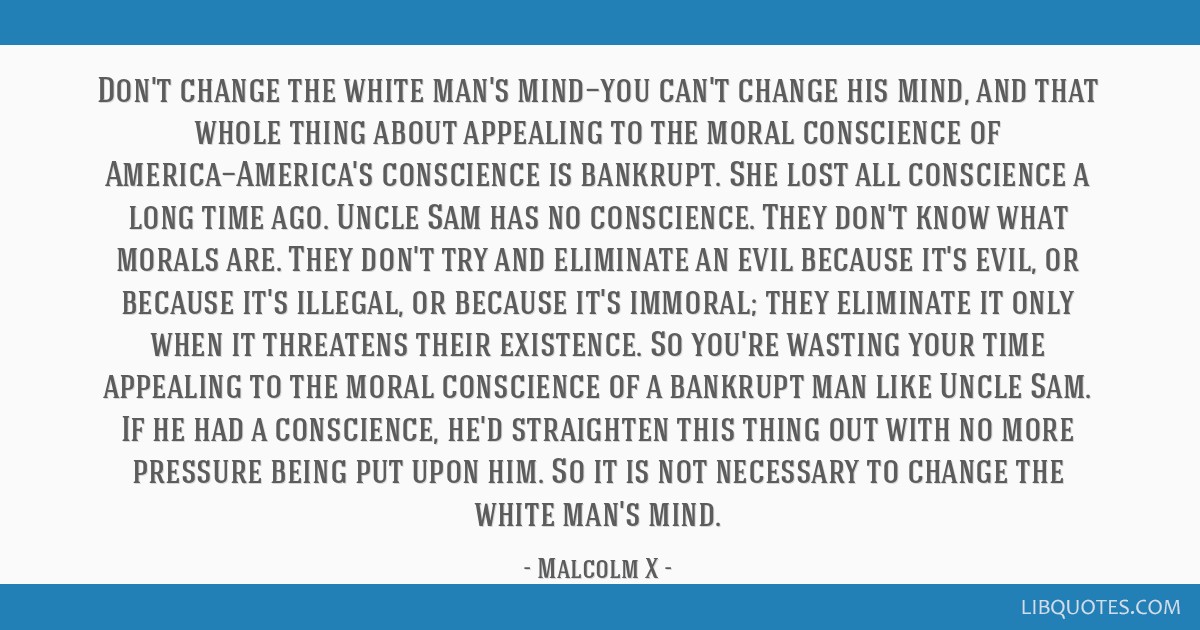 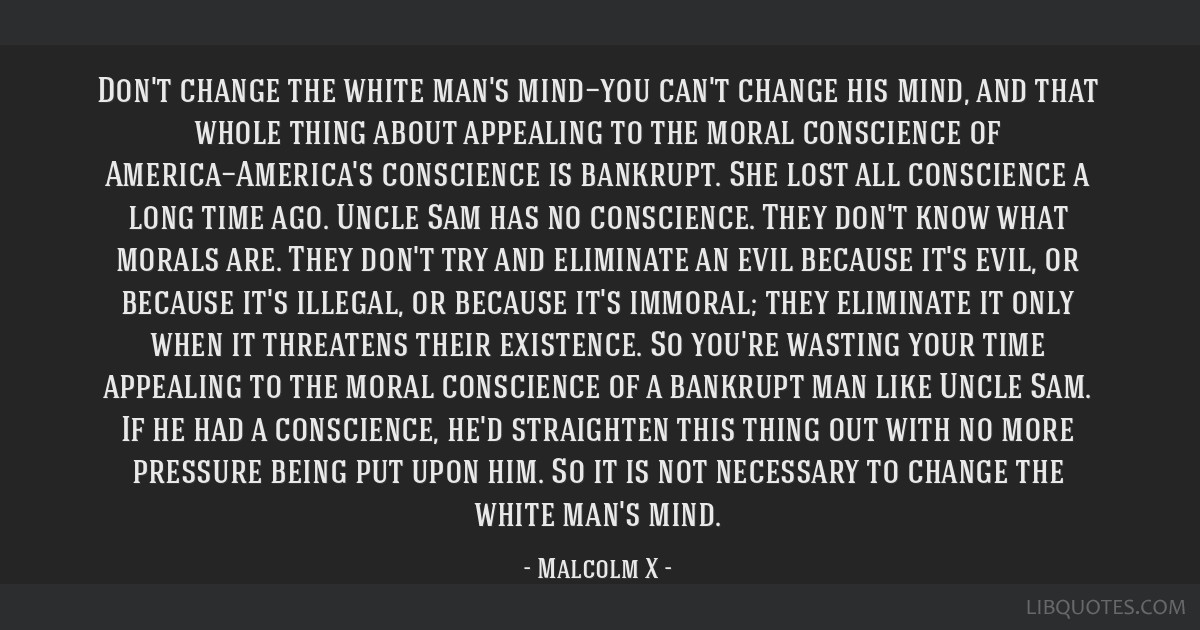 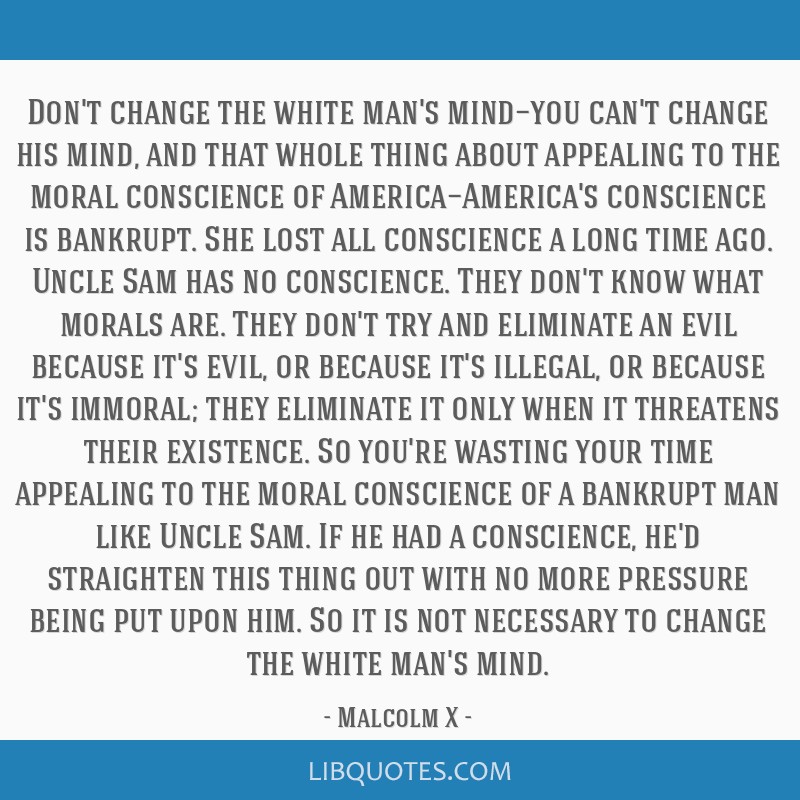 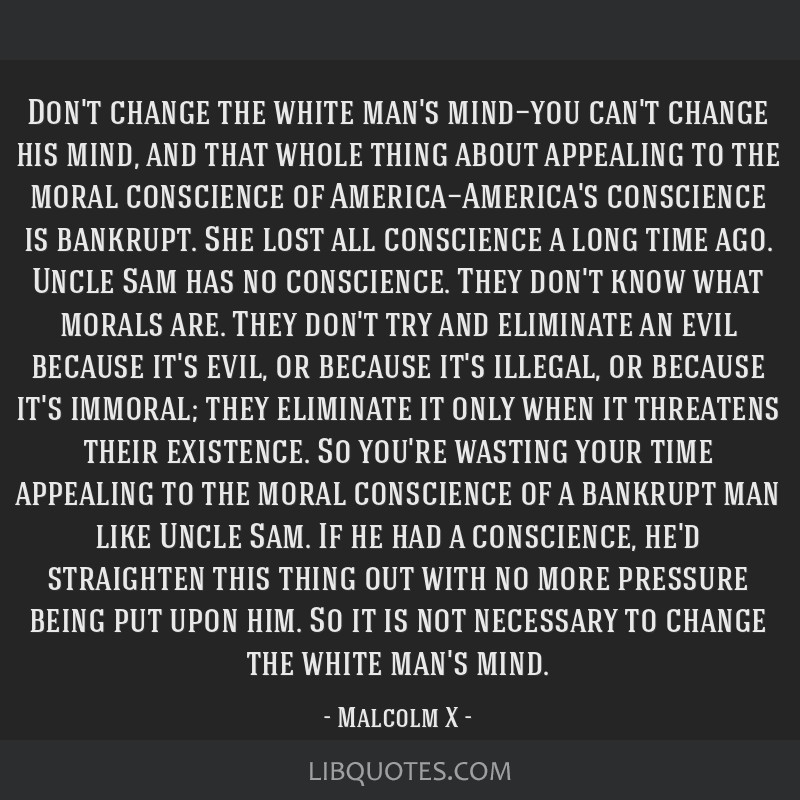 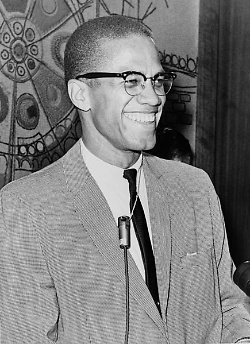