The self-delusion that mysterious forces and persons unknown are conspiring against us is, surprisingly, a comforting belief, because it means we're significant enough in this anarchic world to warrant someone's enmity. That delusion saves us from the far more difficult to accept reality: that we're not that important to anyone. That the universe just isn't into us.
Paranoia is the emotive-psychestructure's response to feeling ignored, unloved, or forgotten in an existence filled with random acts of destructive indifference emphasizing the inherent futility of life and struggle. If you're ever to achieve serenity, ultimately you must accept that in such a vast cosmos, you simply don't matter very much. 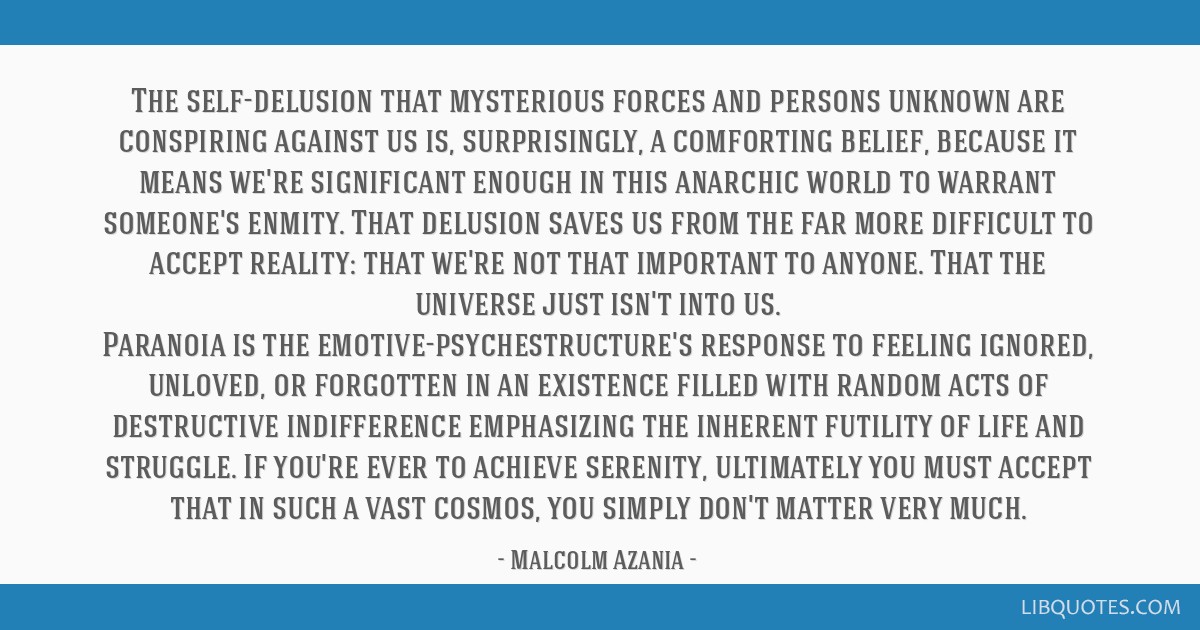 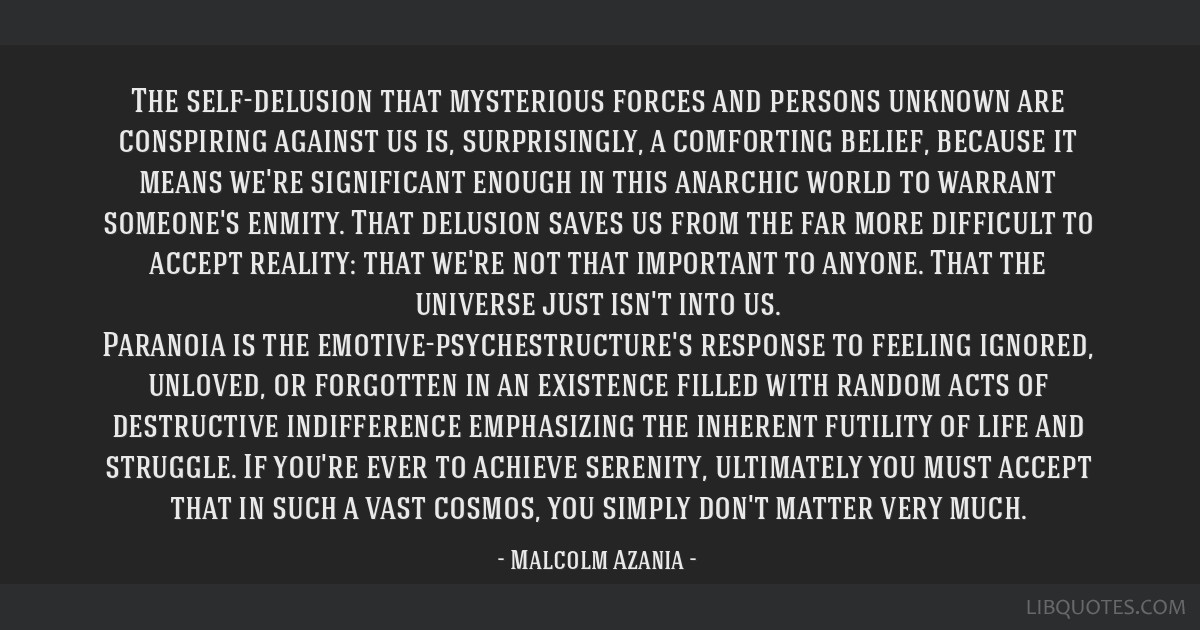