A few decades ago there was much talk of the English officer and the Hindu in the ranks being of the same Aryan blood, because they both spoke widely diverse forms of the great group of Aryan languages. This, of course, did not imply the slightest trace of blood relationship — the Aryan speech of the Hindu had been imposed upon him by his conquerors from the north. Such fallacies were common a generation ago. 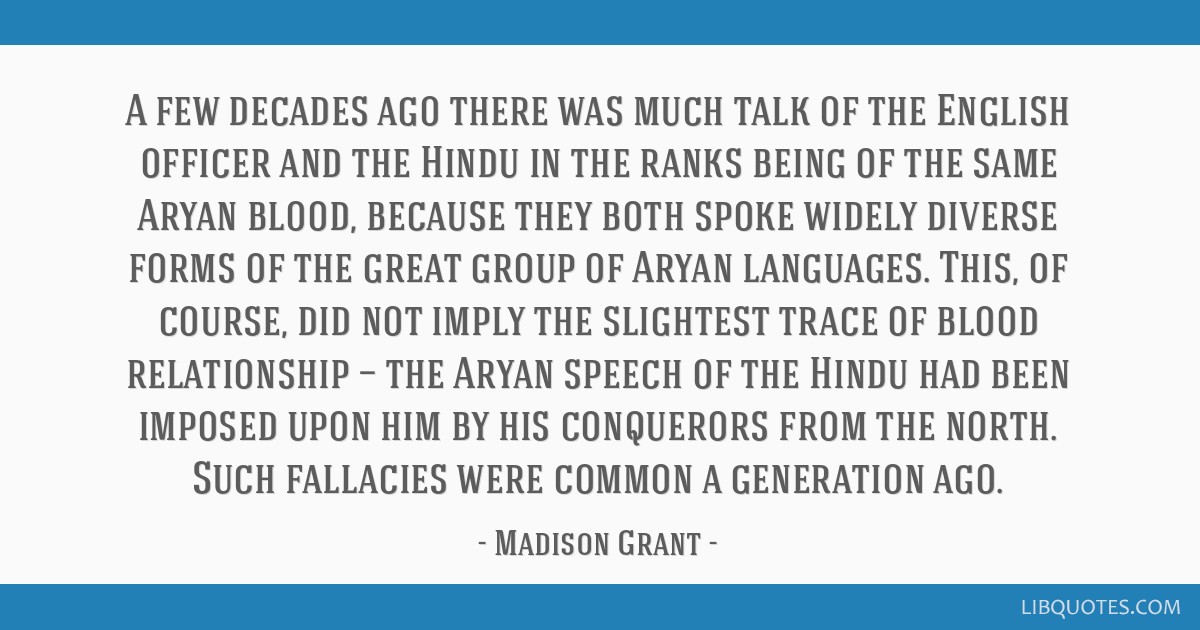 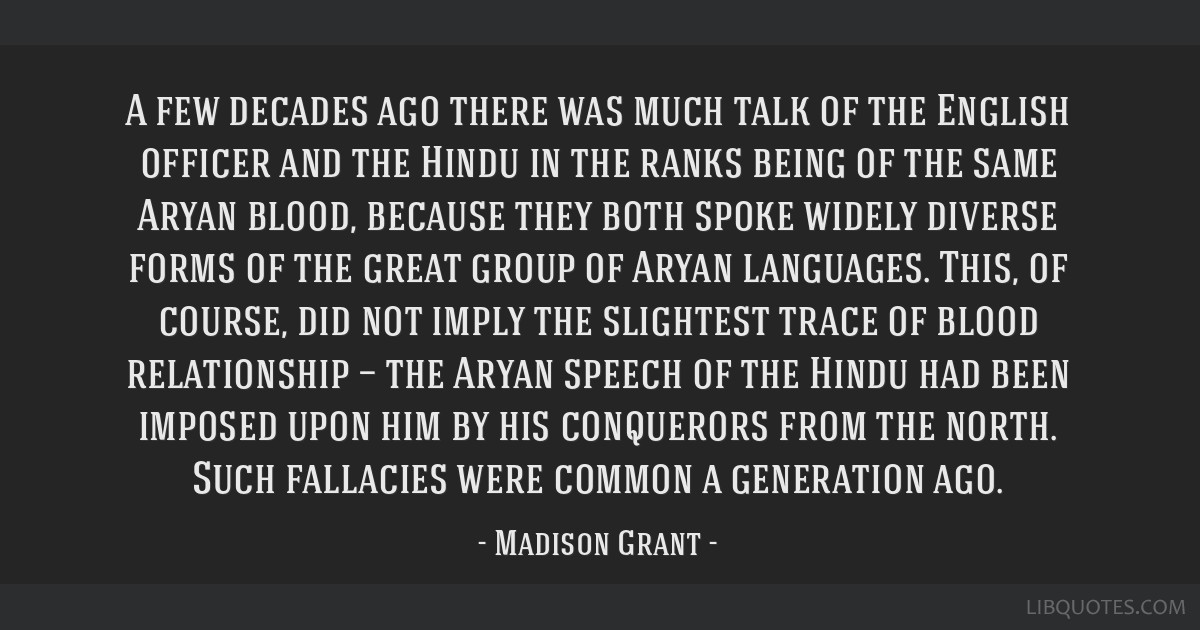 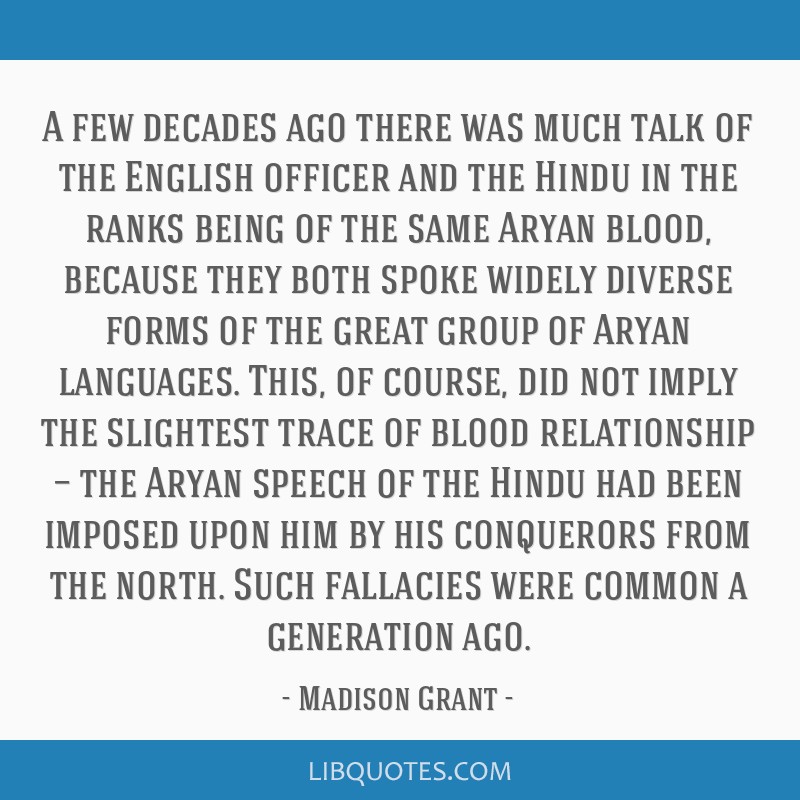 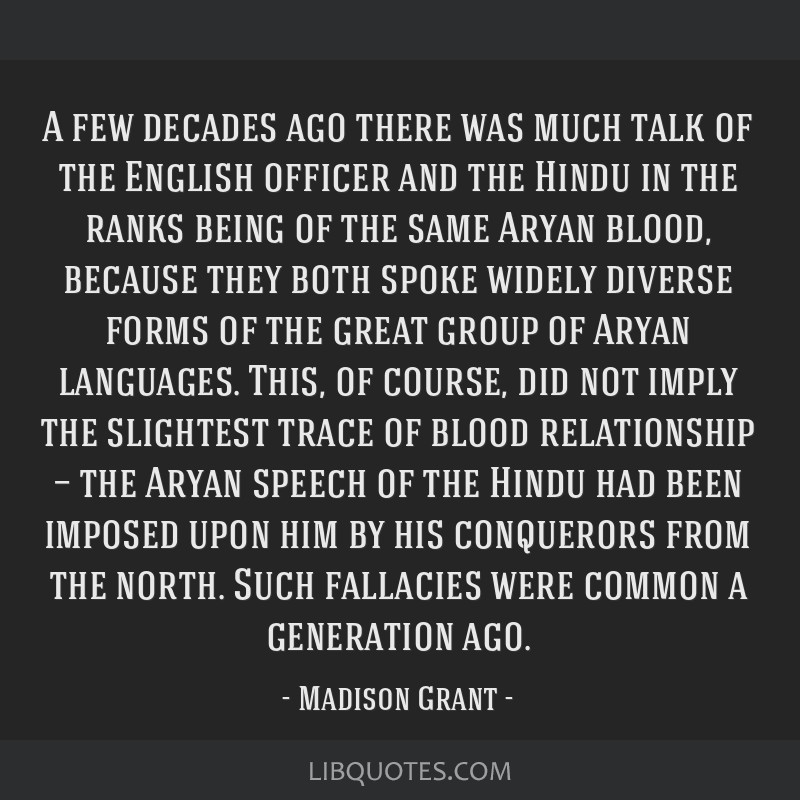 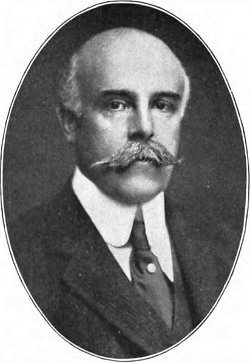