Capitalism is essentially a system of mass production for the satisfaction of the needs of the masses. It pours a horn of plenty upon the common man. It has raised the average standard of living to a height never dreamed of in earlier ages. It has made accessible to millions of people enjoyments which a few generations ago were only within the reach of a small élite. 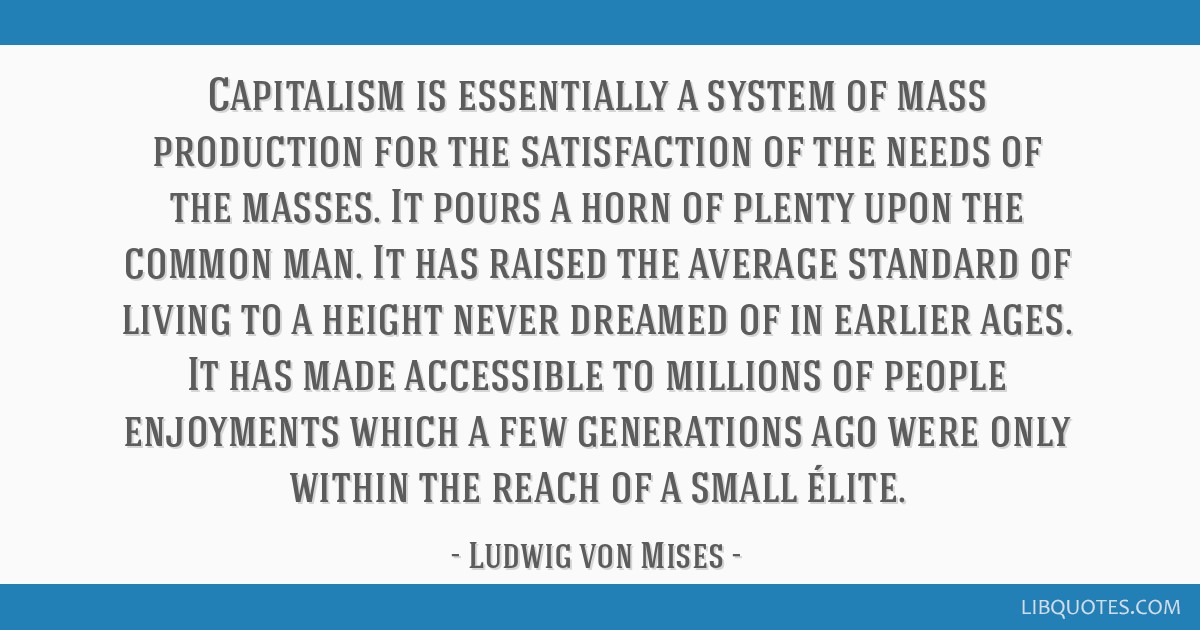 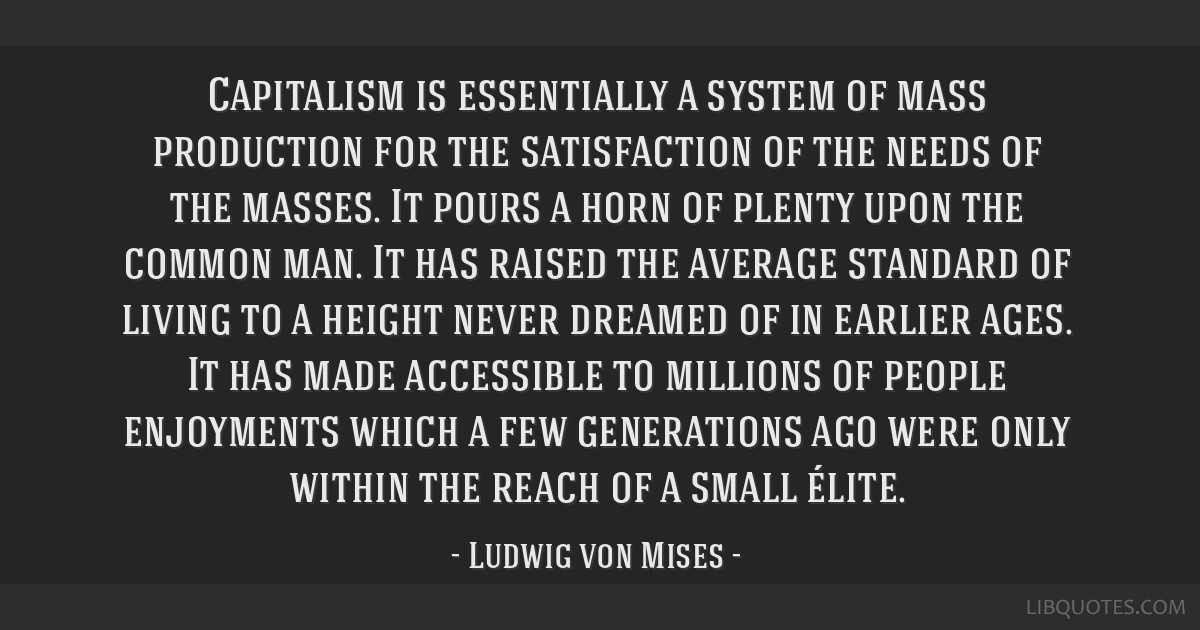 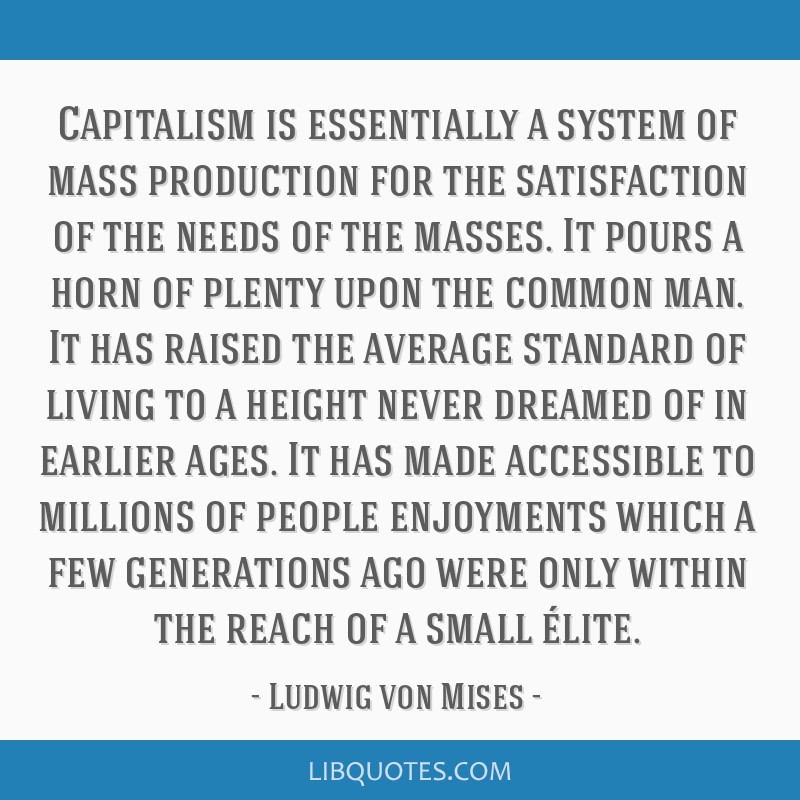 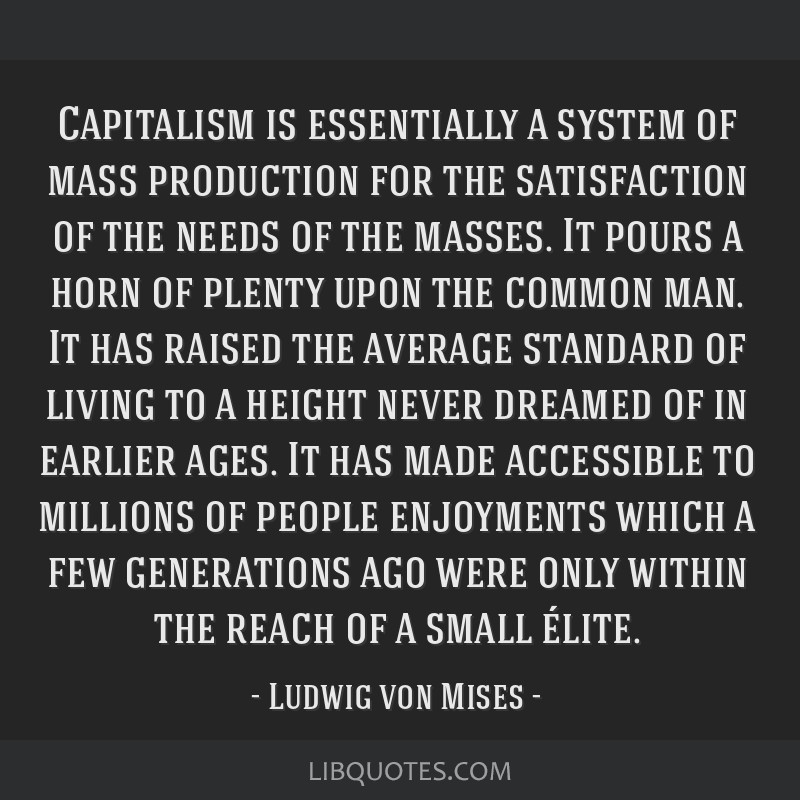 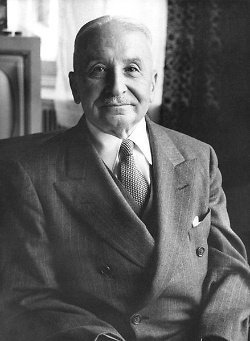