The system problem is essentially the problem of the limitation of analytical procedures in science. This used to be expressed by half-metaphysical statements, such as emergent evolution or 'the whole is more than the sum of its parts,' but has a clear operational meaning. 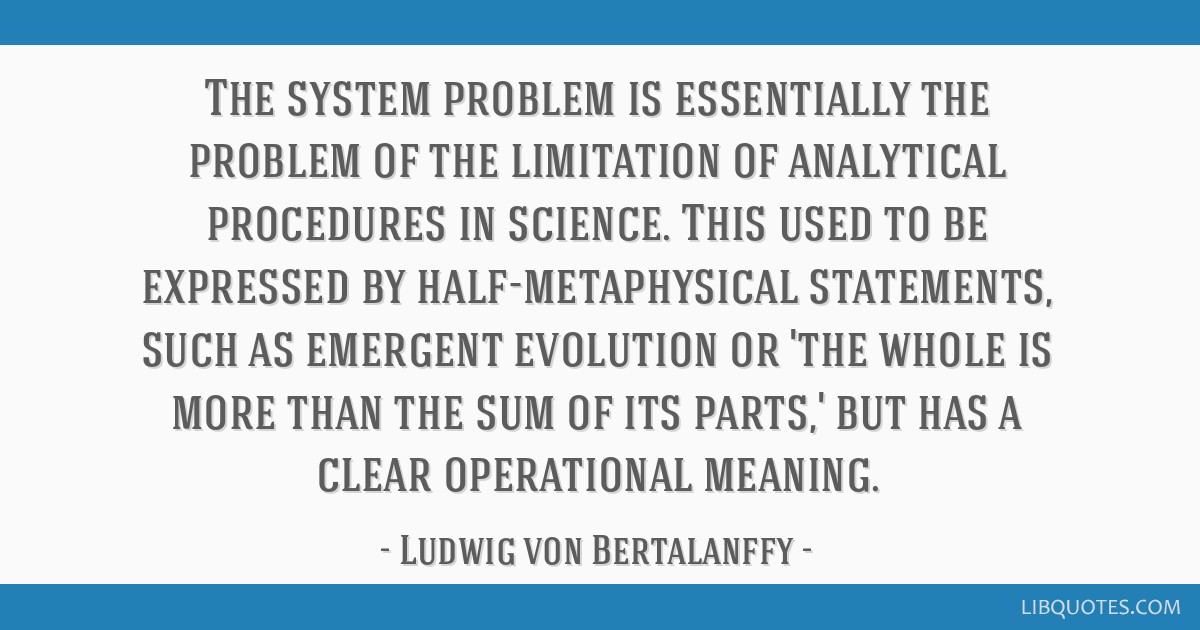 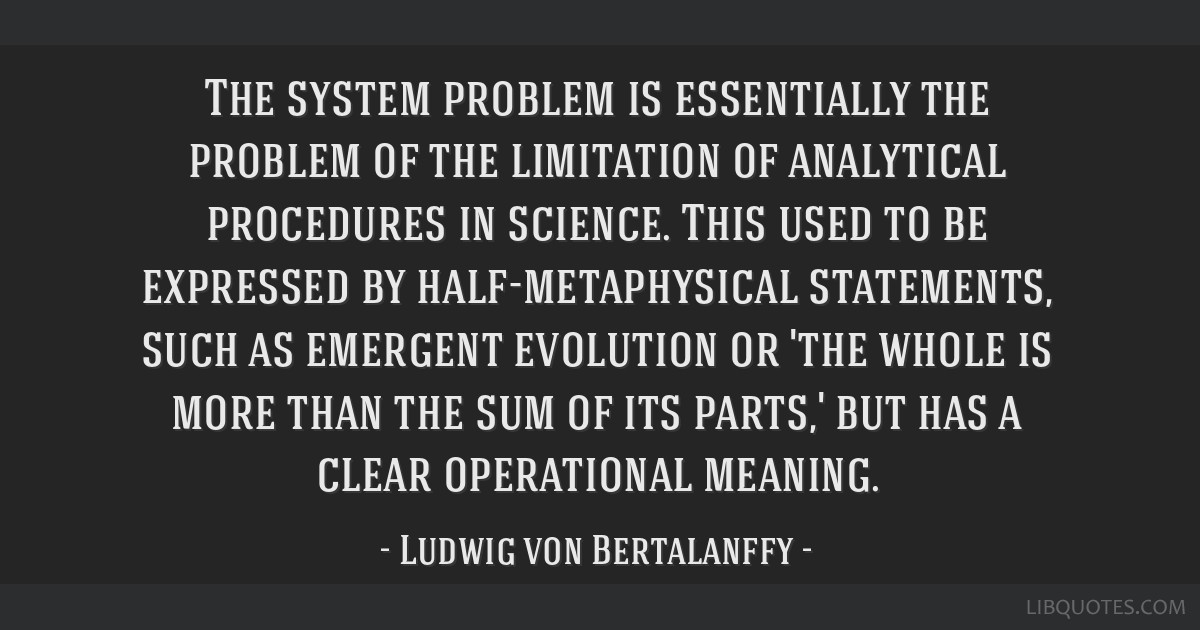 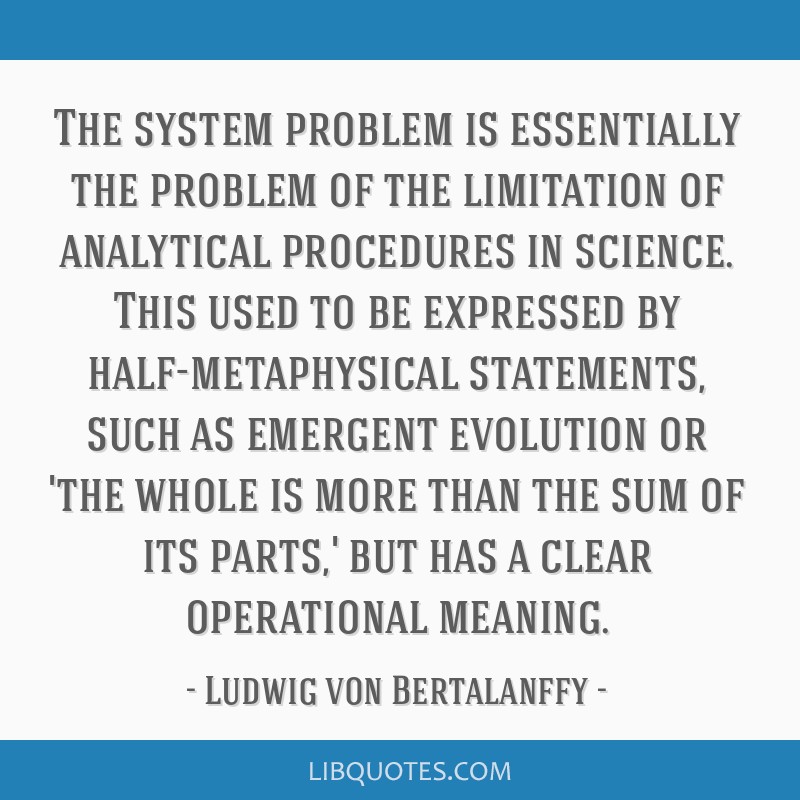 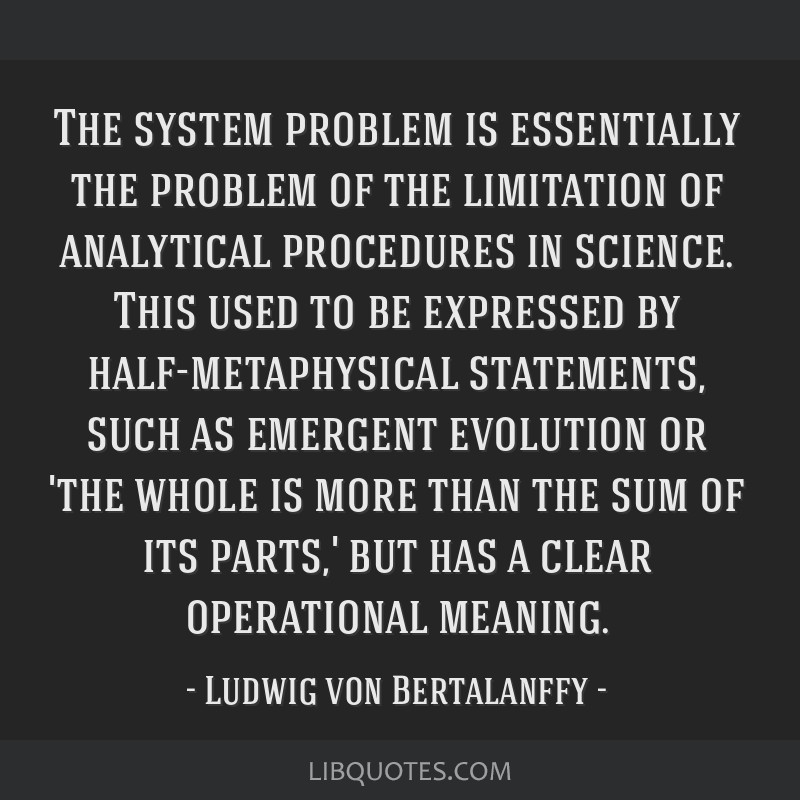