The concept of man as mass robot was both an expression of and a powerful motive force in industrialized mass society. It was the basis for behavioural engineering in commercial, economic, political and other advertising and propaganda; the expanding economy of the 'affluent society' could not subsist without such manipulation. Only by manipulating humans ever more into Skinnerian rats, robots buying automata, homeostatically adjusted conformers and opportunists (or, bluntly speaking, into morons and zombies) can this great society follow its progress toward ever increasing gross national product. 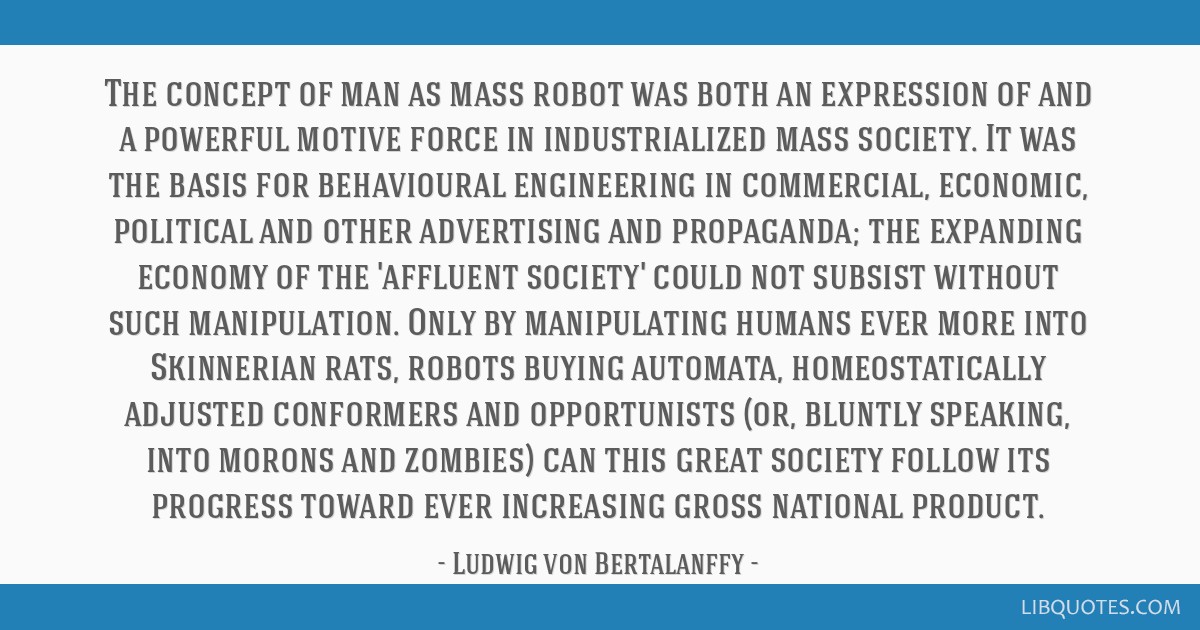 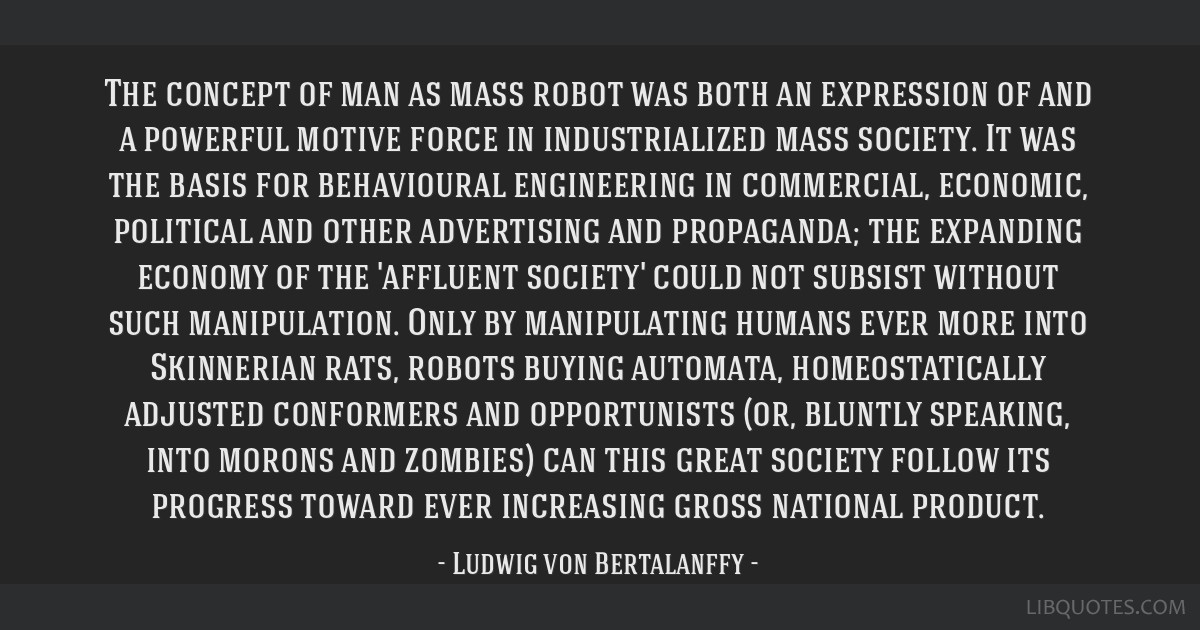 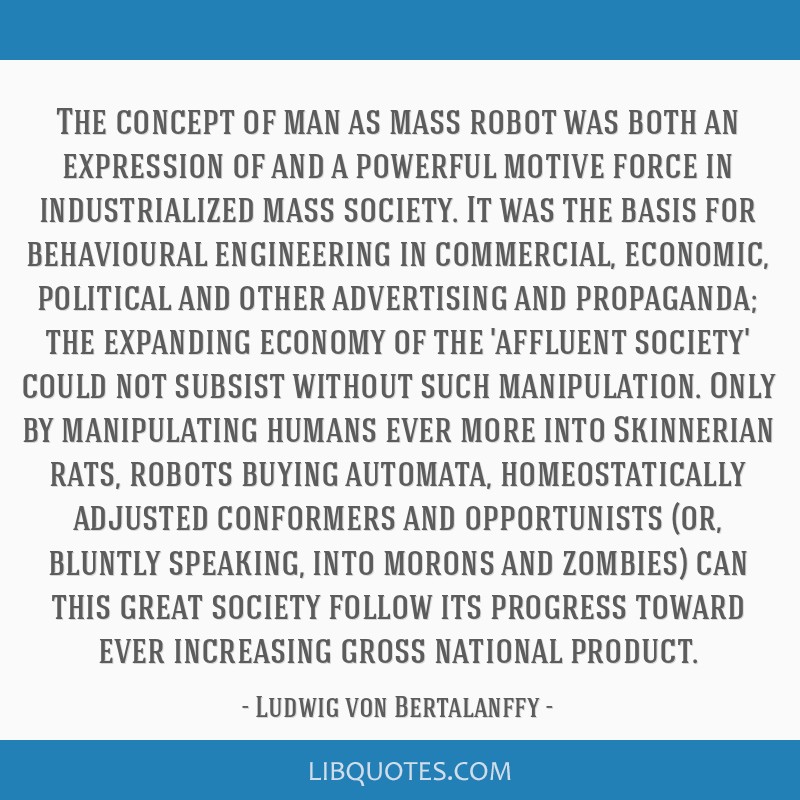 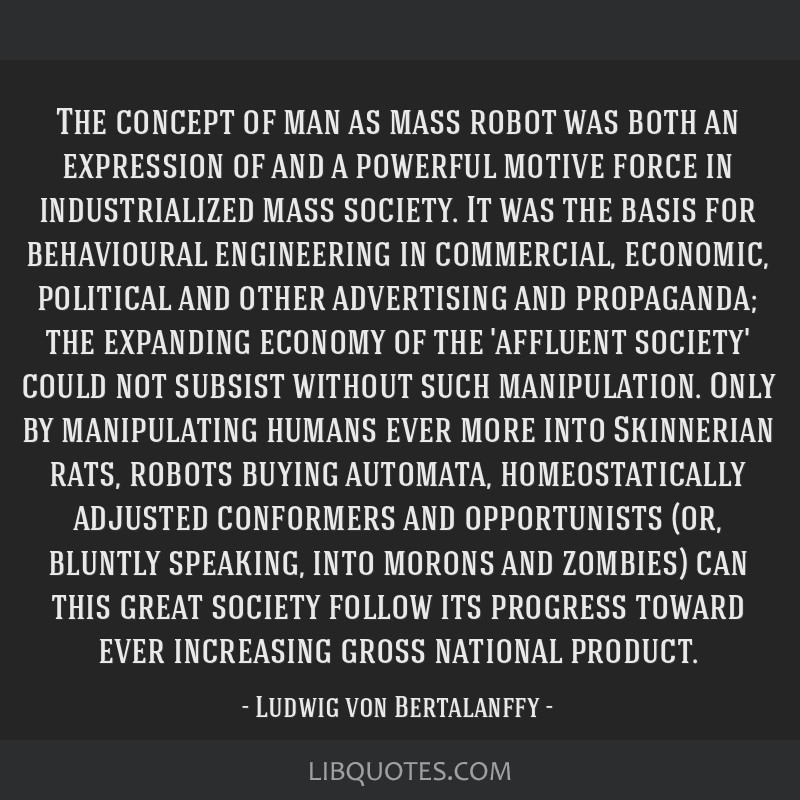