The truly beautiful, the great and sublime, when it overpowers us with astonishment and admiration, still does not surprise us as a thing foreign, never heard of, never seen; but, on the other hand, our own inmost nature in such moments becomes clear to us, our deepest remembrances are awakened, our dearest feelings made alive.

Ludwig Tieck
He who does not love a flower, has lost all love and fear of God.

Ludwig Tieck
True love fears no winter.
No, no!
Its spring is and ever remains. 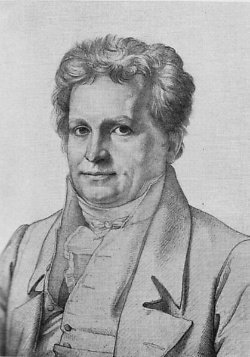 Creative Commons
Born: May 31, 1773
Died: April 28, 1853 (aged 79)
Bio: Johann Ludwig Tieck was a German poet, translator, editor, novelist, writer of Novellen, and critic, who was one of the founding fathers of the Romantic movement of the late 18th and early 19th centuries.
Known for: