The recognition of the light of reality within the darkness of abstraction is a contradiction – both the affirmation and the negation of the real at one and the same time. The new philosophy, which thinks the concrete not in an abstract but a concrete way, which acknowledges the real in its reality – that is, in a way corresponding to the being of the real as true, which elevates it into the principle and object of philosophy – is consequently the truth of the Hegelian philosophy, indeed of modern philosophy as a whole. 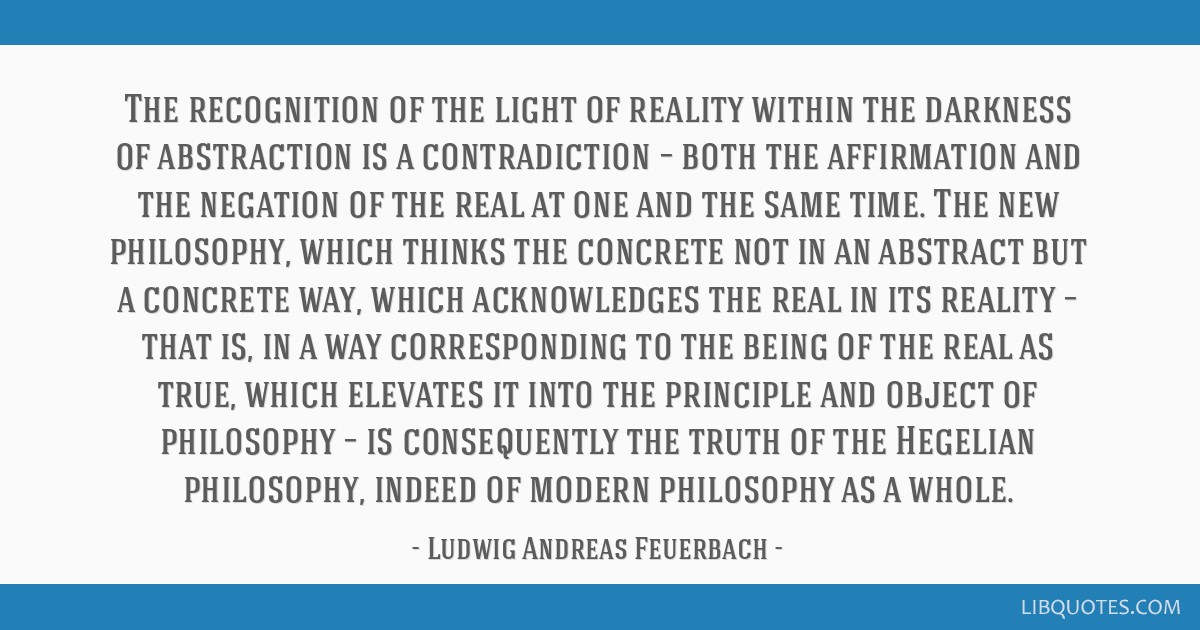 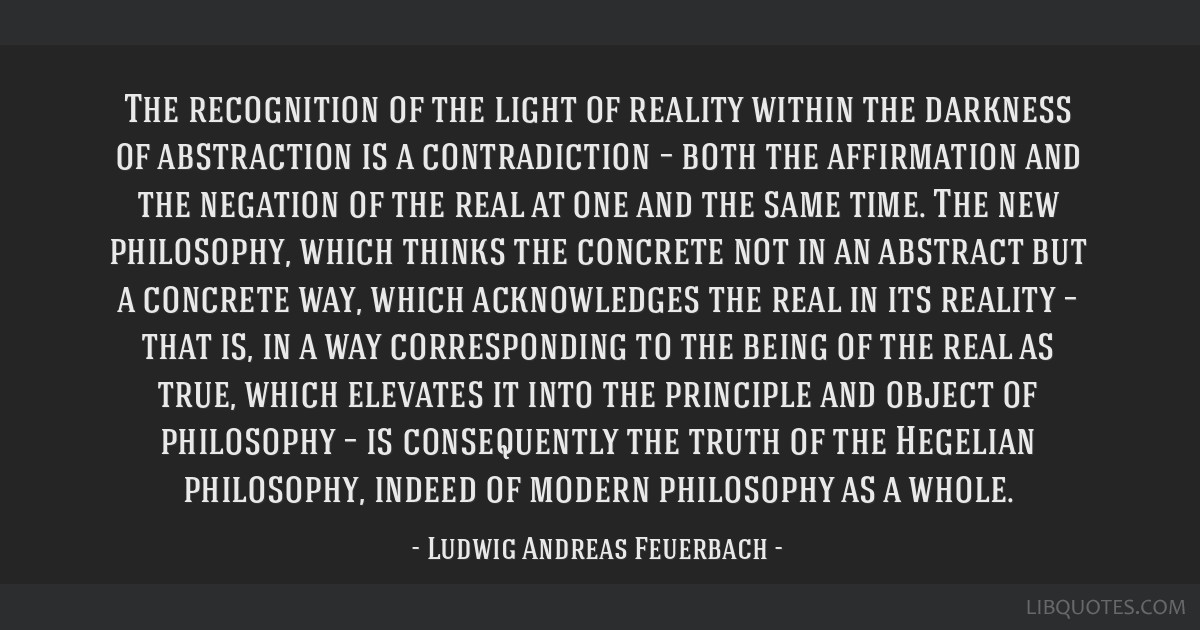 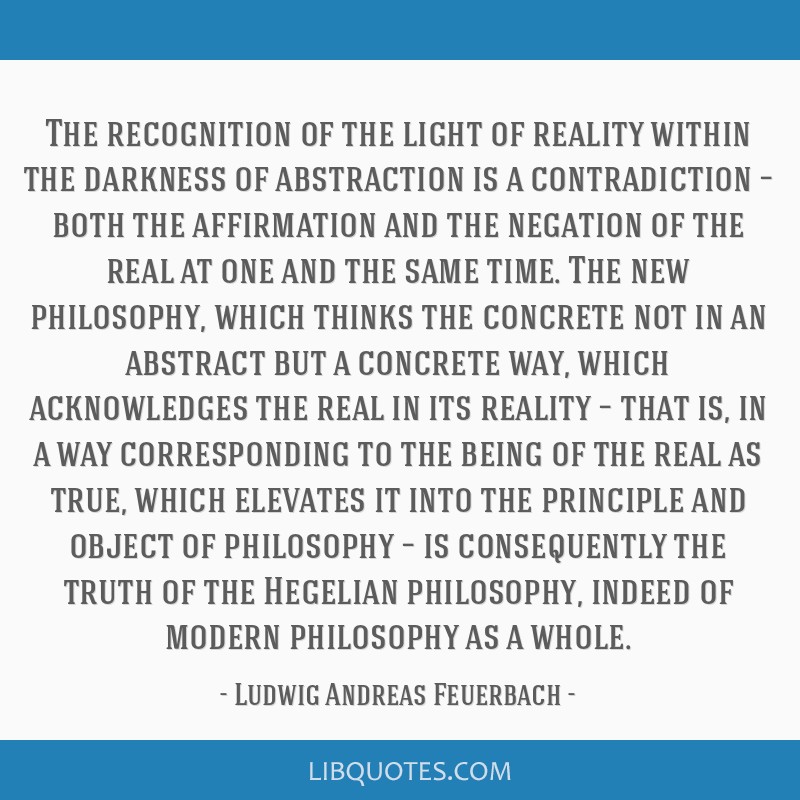 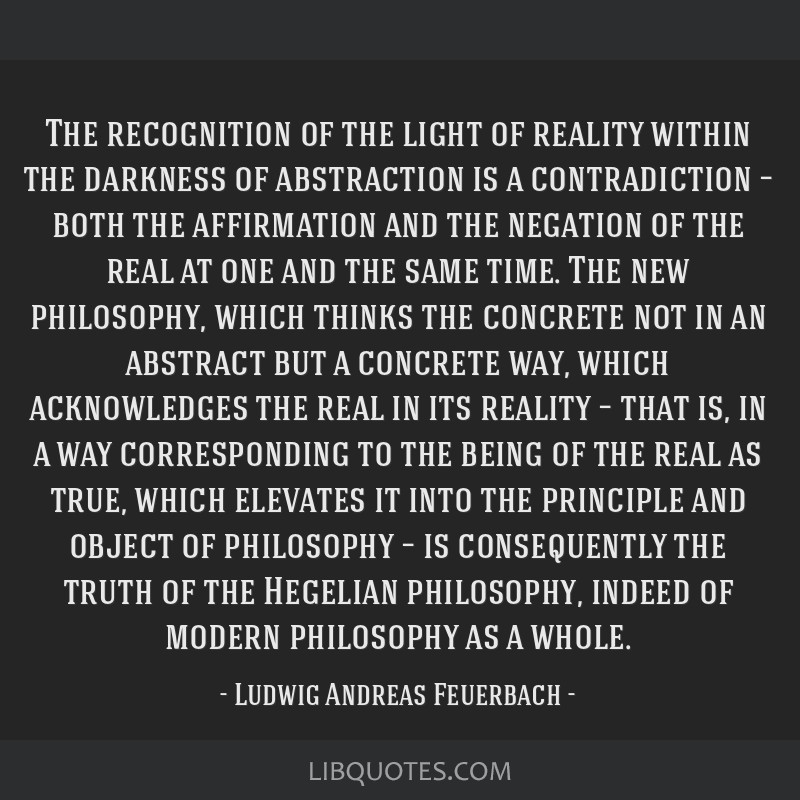 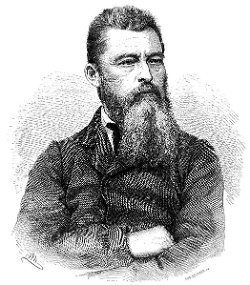