I paint people not because of what they are like... but how they happen to be.

Lucian Freud
My colour has no symbolic function whatever. I don't want any colour to be noticeable. I want the colour to be the colour of life, so that you would notice it as being irregular if it changed. I don't want it to operate in the modernist sense as colour, something independent. I don't want people to say, "Oh, what was that red or that blue picture of yours, I've forgotten what it was."

Lucian Freud
The task of the artist is to make the human being uncomfortable.

Lucian Freud
I always felt that my work hadn't much to do with art; my admirations for other art had very little room to show themselves in my work because I hoped that if I concentrated enough the intensity of scrutiny alone would force life into the pictures. I ignored the fact that art, after all, derives from art. Now I realize that this is the case.

Lucian Freud
I think half the point of painting a picture is that you don't know what will happen … that if painters did know what was going to happen they wouldn't bother to do it.

Lucian Freud
As far as I am concerned the paint is the person. I want it to work for me just as flesh does

Lucian Freud
What do I ask of a painting? I ask it to astonish, disturb, seduce, convince.

Lucian Freud
When I look at a body I know it gives me choices of what to put in a painting; what will suit me and what won't. There is a distinction between fact and truth. Truth has an element of revelation about it. If something is true, it does more than strike one as merely being so.

Lucian Freud
I would wish my portraits to be of the people, not like them. Not having a look of the sitter, being them.

Lucian Freud
I work from the people that interest me, and that I care about, in rooms that I live in and know. I use the people to invent my pictures, and I can work more freely when they are there.

Lucian Freud
I am only interested in painting the actual person; in doing a painting of them, not in using them to some ulterior end of art. For me, to use someone doing something not native to them would be wrong. 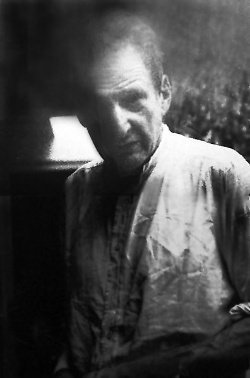