If we functionally define a capitalist household as one that receives at least half of the annual income it spends on consumption in the form of return on invested capital, less than 1 percent of United States households are capitalists.

How to turn eighty million workers into capitalists on borrowed money (ed. 1968) 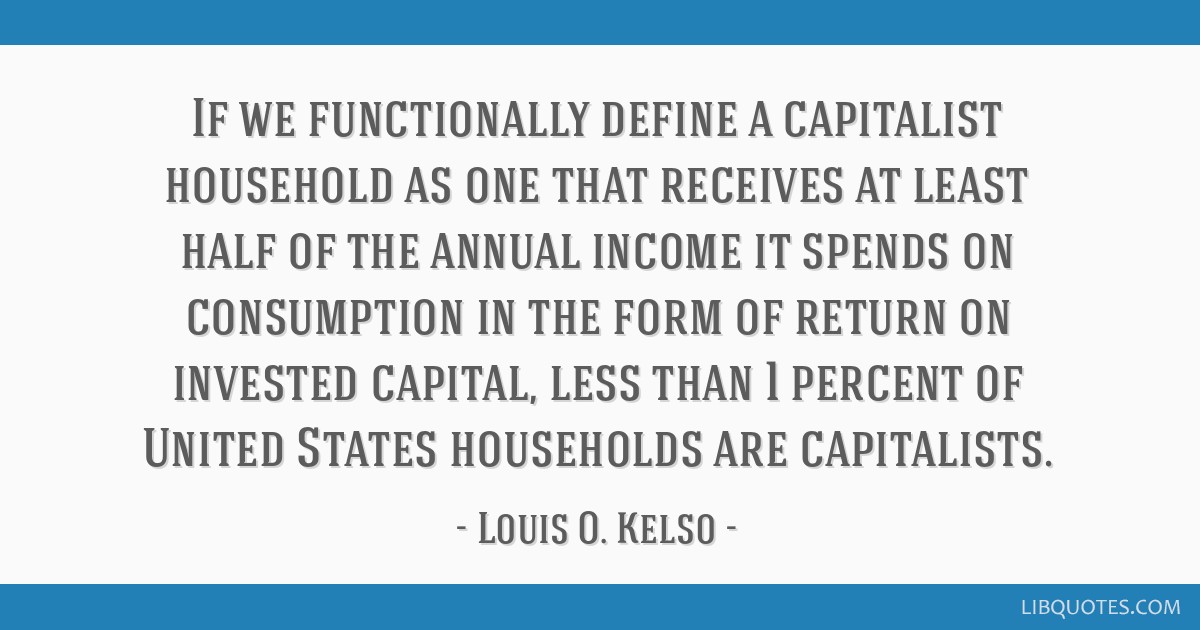 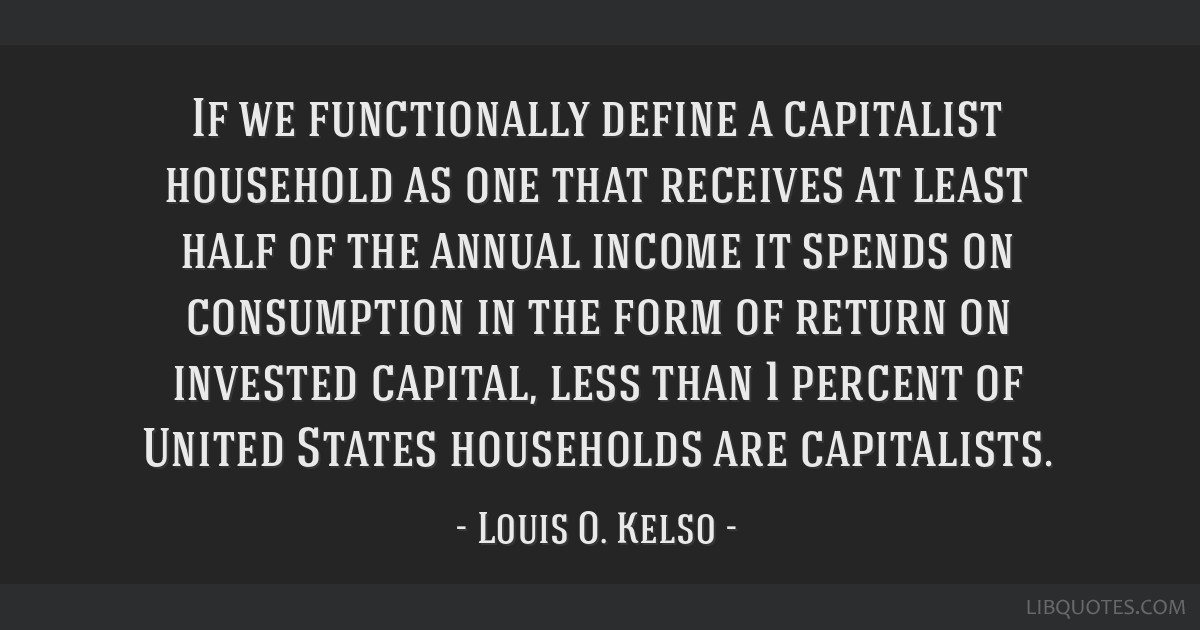 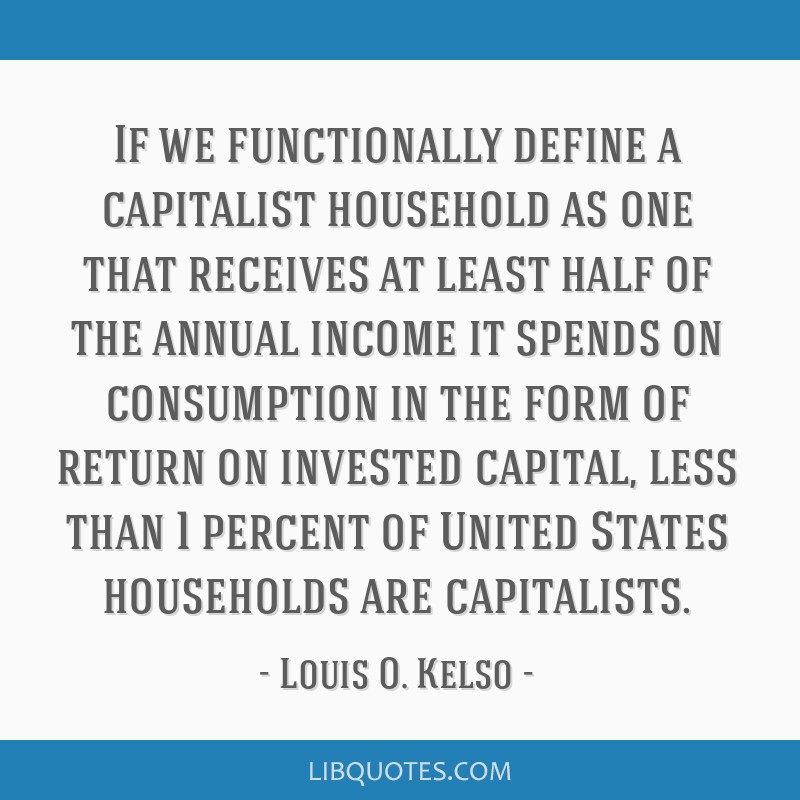 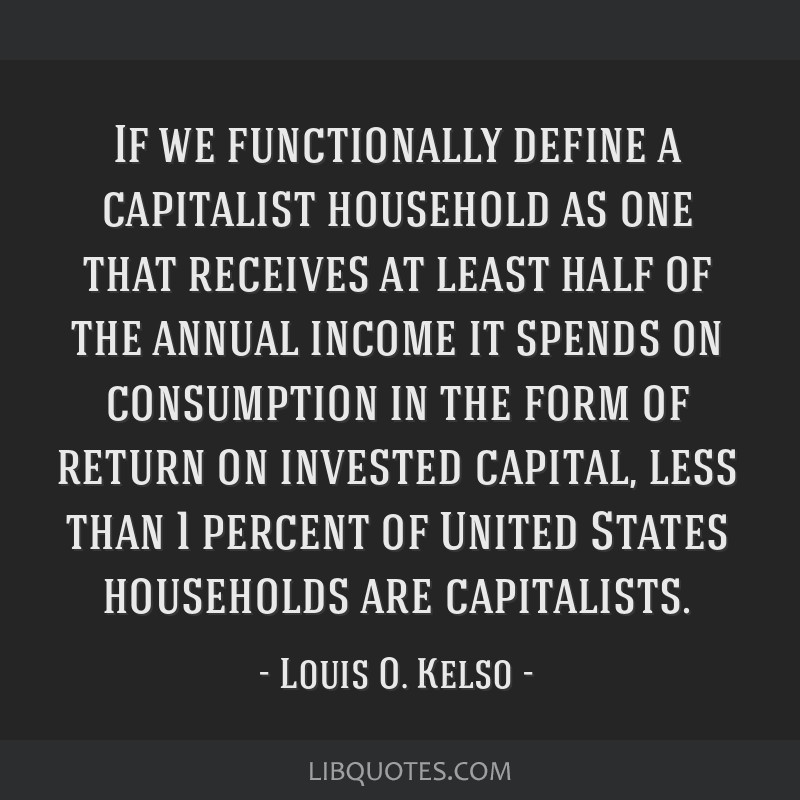