Heinz performs the magic trick of convincing us that the familiar objects of our existence can be seen to be nothing more than tokens for the behaviors of the organism that apparently create stable forms. These stabilities persist, for that organism, as an observing system. This is not to deny an underlying reality that is the source of objects, but rather to emphasize the role of process, and the role of the organism in the production of a living map, a map that is so sensitive that map and territory are conjoined. 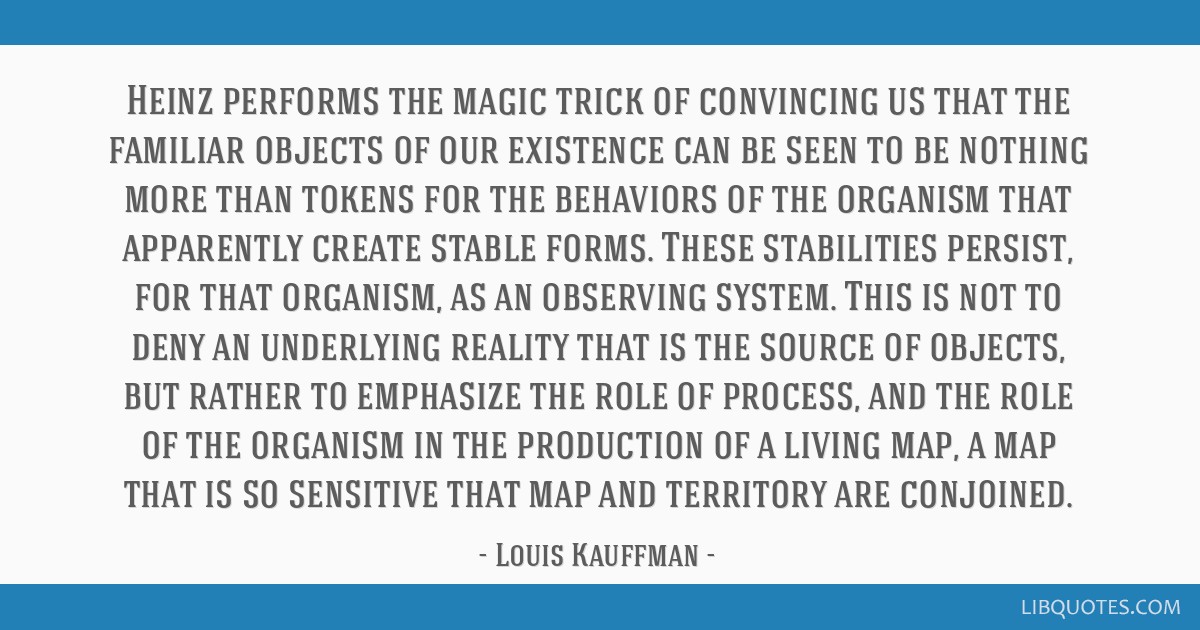 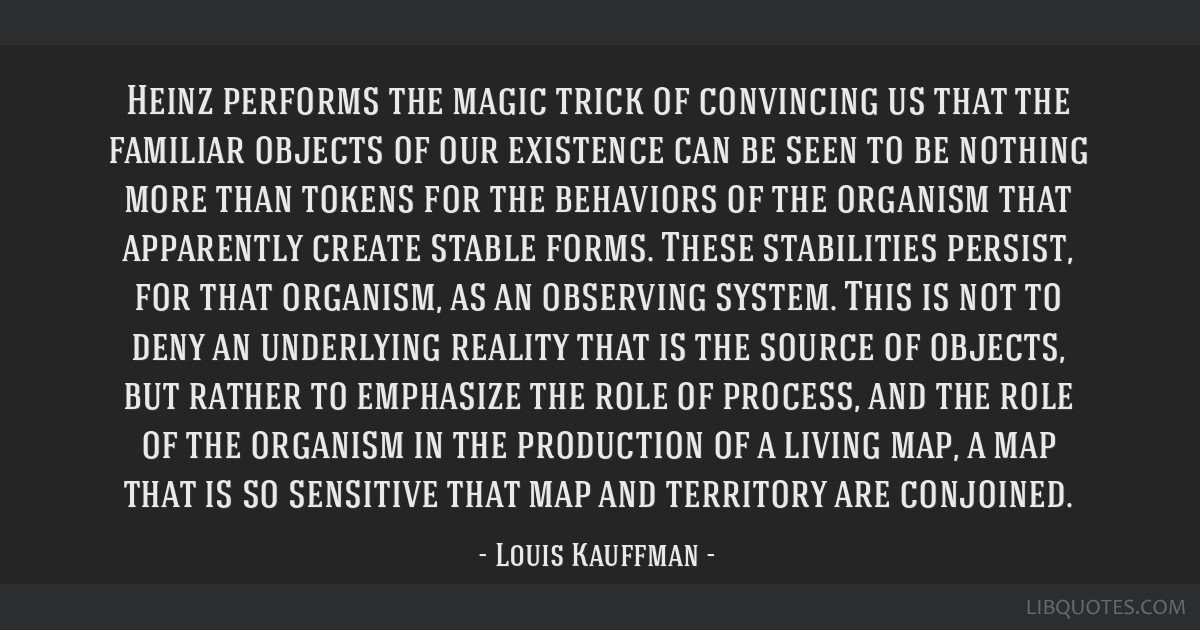 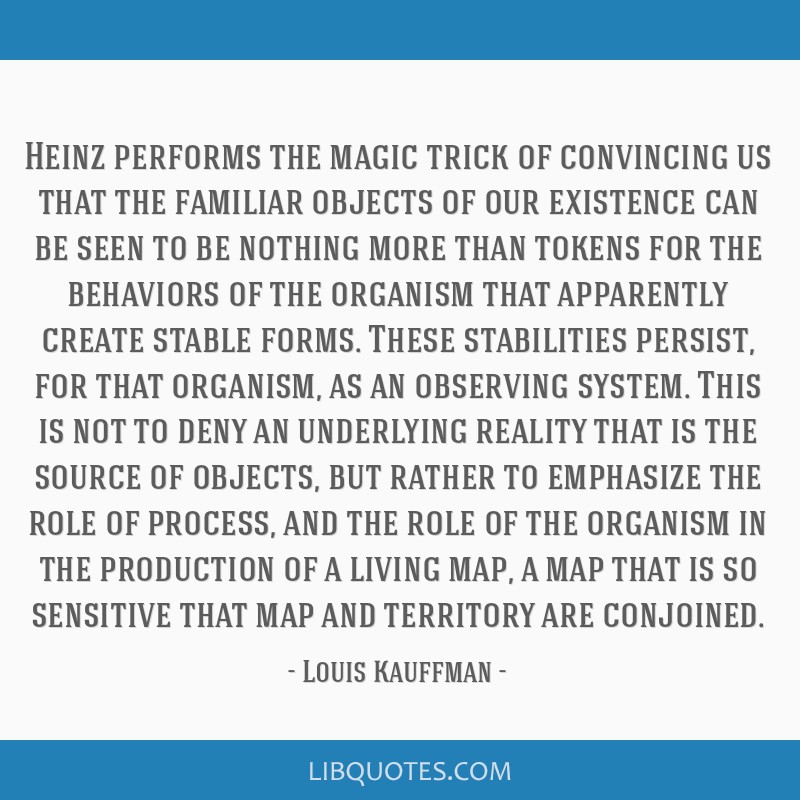 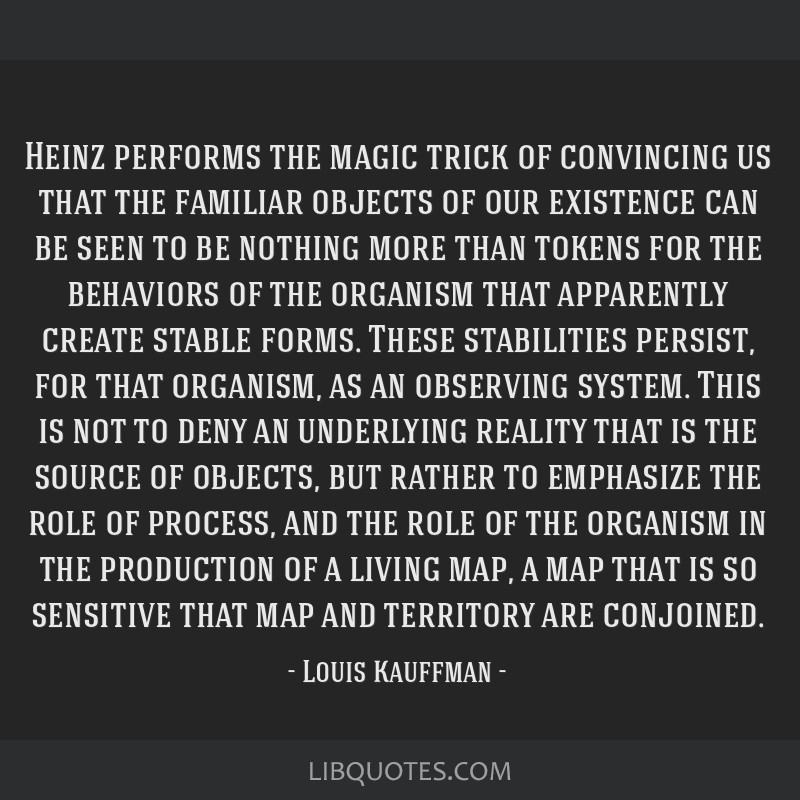