Dance with all the might of your body, and all the fire of your soul, in order that you may shake all melancholy out of your liver; and you need not restrain yourself with the apprehension that any lady will have the least fear that the violence of your movements will ever shake anything out of your brains. 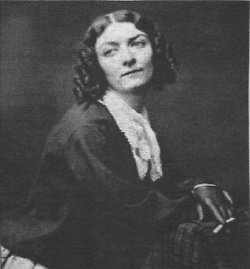 Wikipedia
Born: February 17, 1821
Died: January 17, 1861 (aged 39)
Bio: Marie Dolores Eliza Rosanna Gilbert, Countess of Landsfeld, better known by the stage name Lola Montez, was an Irish dancer and actress who became famous as a "Spanish dancer", courtesan, and mistress of King Ludwig I of Bavaria, who made her Countess of Landsfeld.
Known for: