Old paint on a canvas, as it ages, sometimes becomes transparent. When that happens it is possible, in some pictures, to see the original lines: a tree will show through a woman's dress, a child makes way for a dog, a large boat is no longer on an open sea. That is called pentimento because the painter "repented," changed his mind. Perhaps it would be as well to say that the old conception, replaced by a later choice, is a way of seeing and then seeing again. That is all I mean about the people in this book. The paint has aged and I wanted to see what was there for me once, what is there for me now. 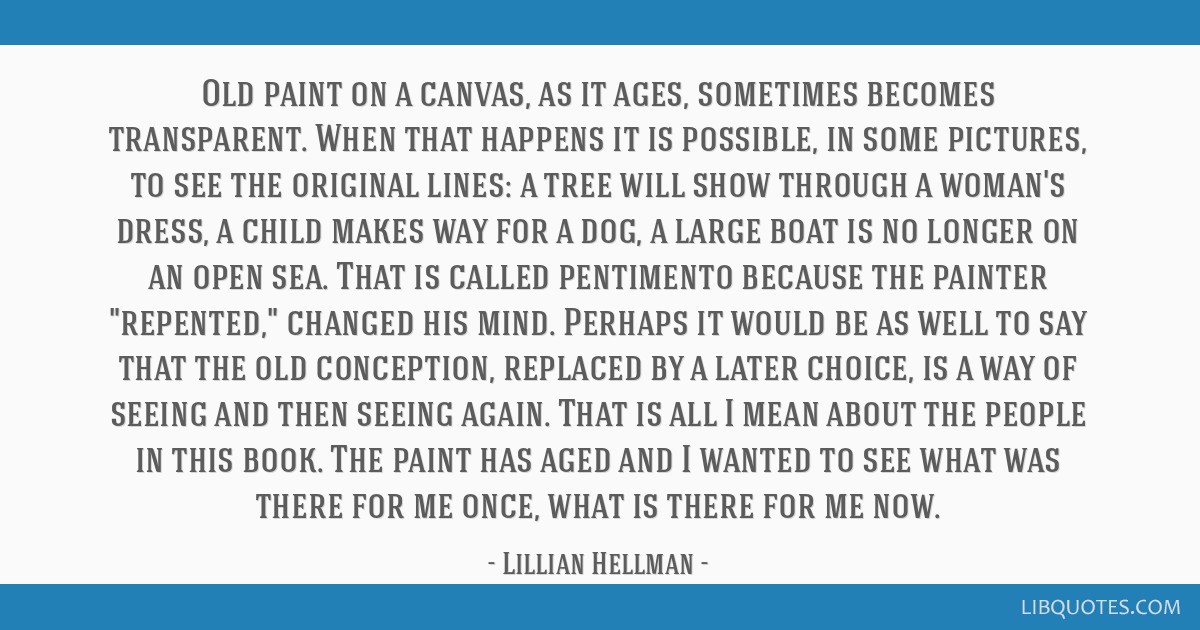 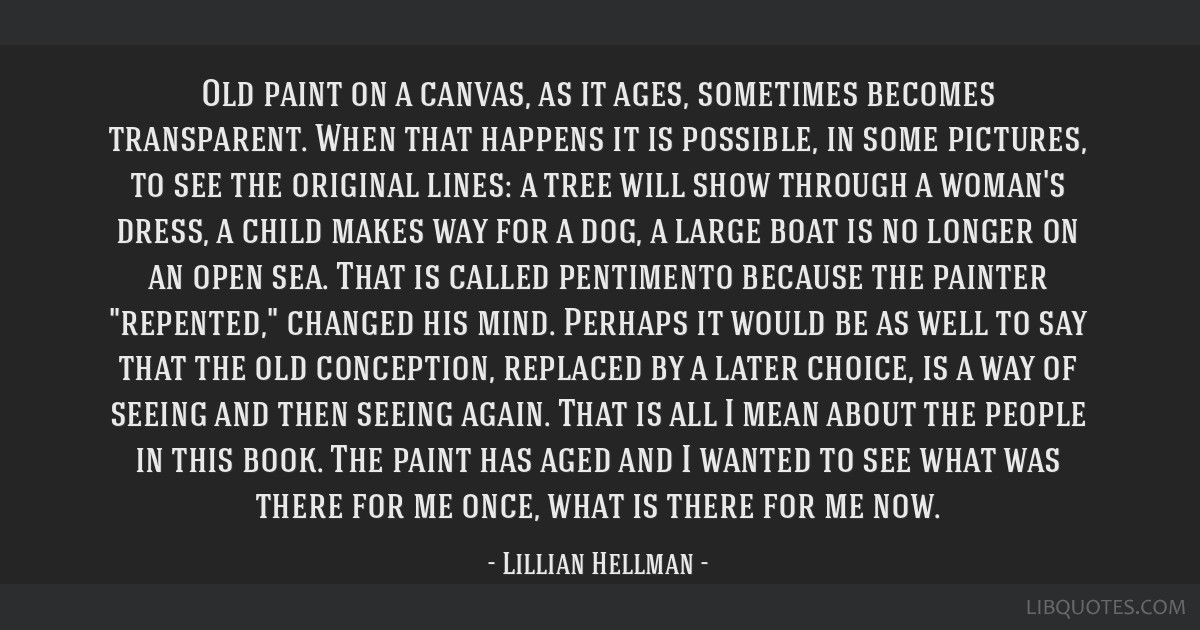 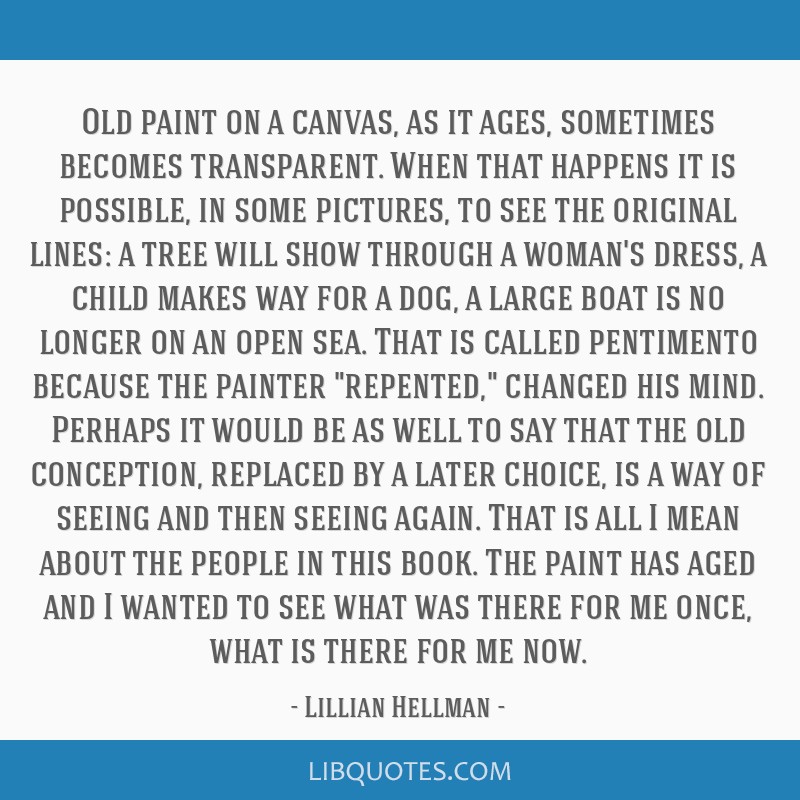 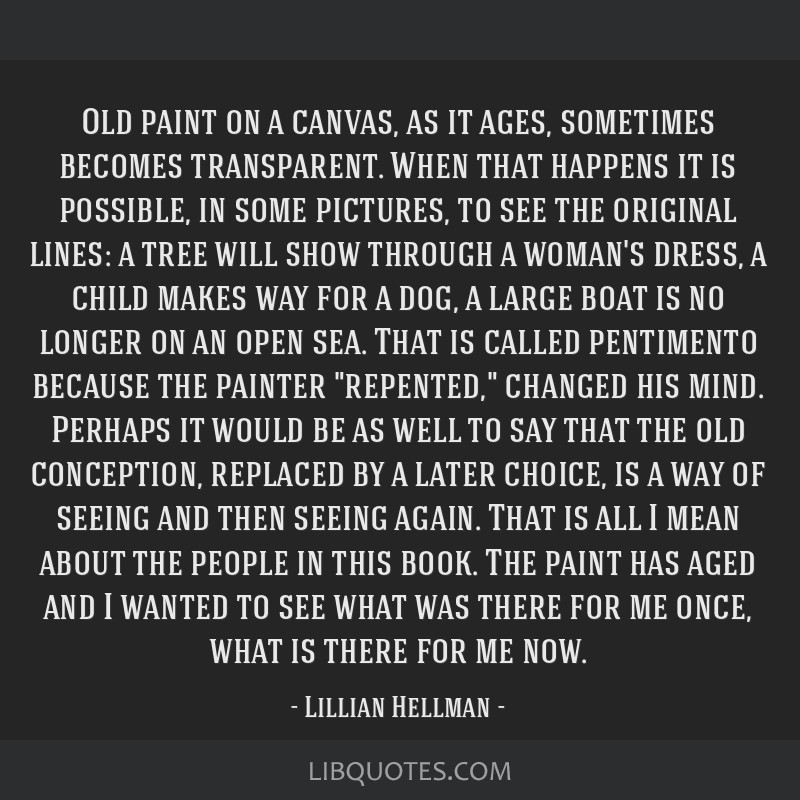