Less Bread! More Taxes!—and then all the people cheered again, and one man, who was more excited than the rest, flung his hat high into the air, and shouted (as well as I could make out) "Who roar for the Sub-Warden?" Everybody roared, but whether it was for the Sub-Warden, or not, did not clearly appear: some were shouting "Bread!" and some "Taxes!", but no one seemed to know what it was they really wanted. 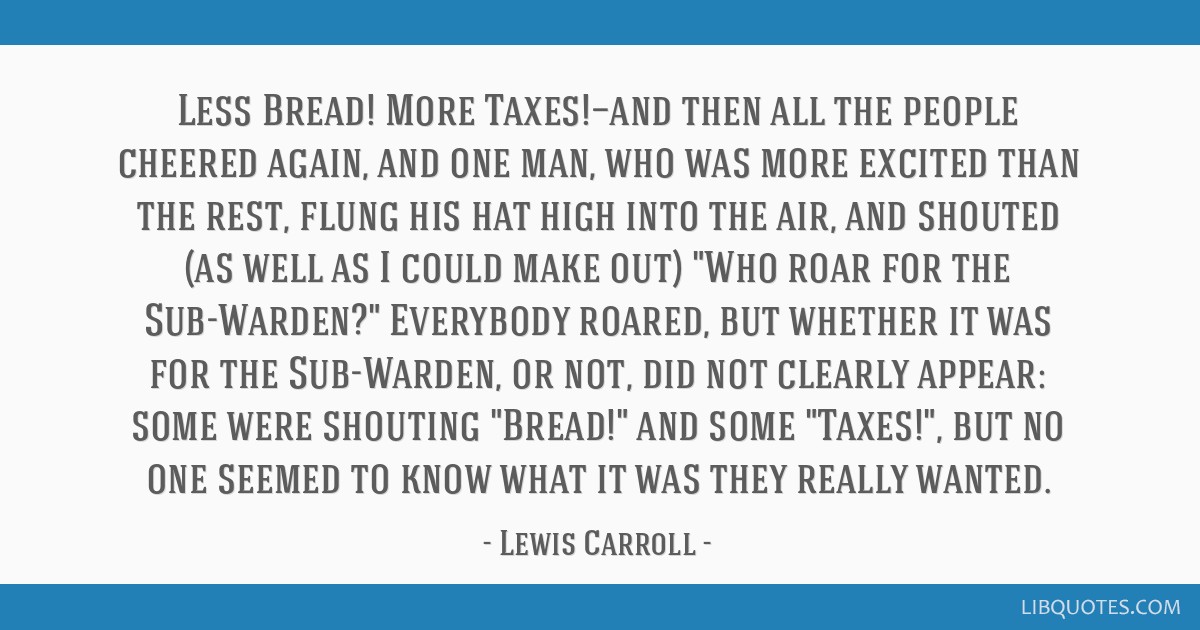 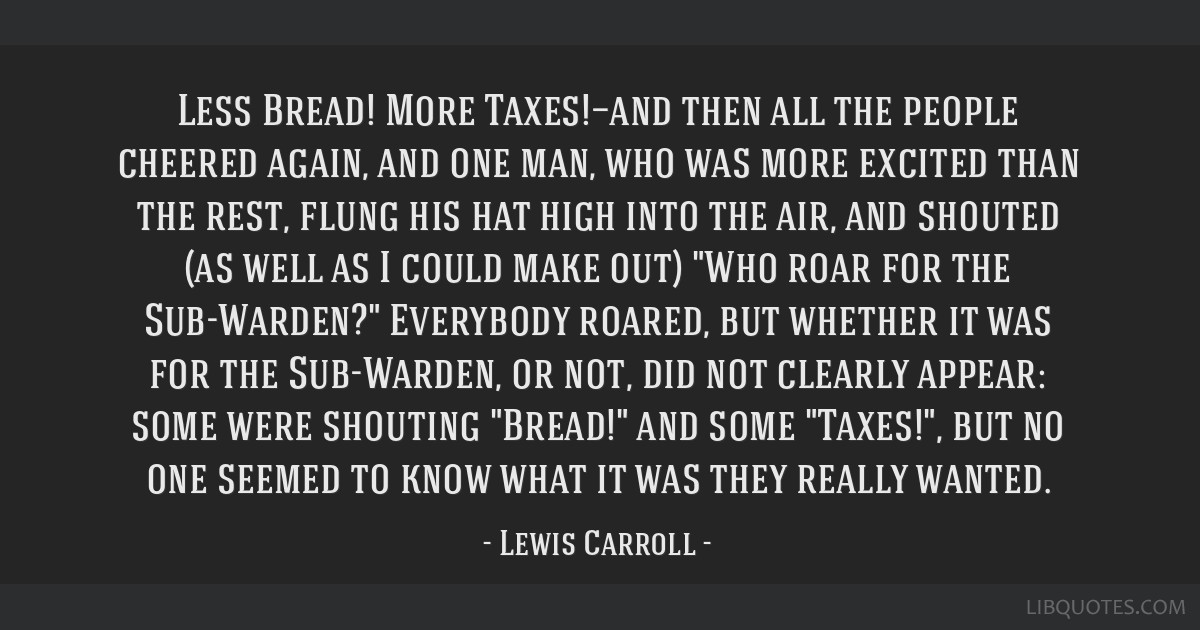 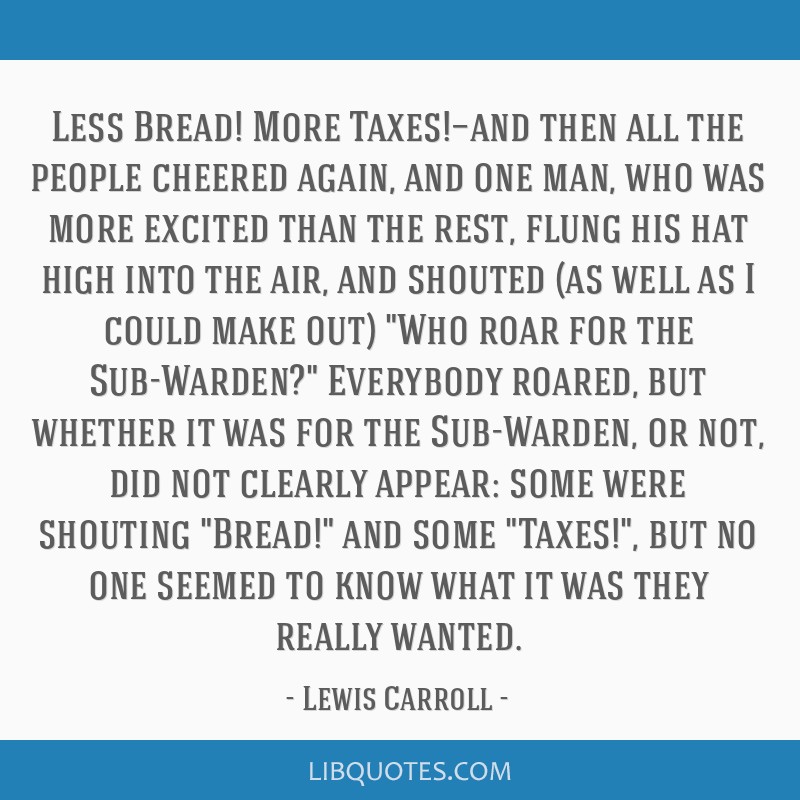 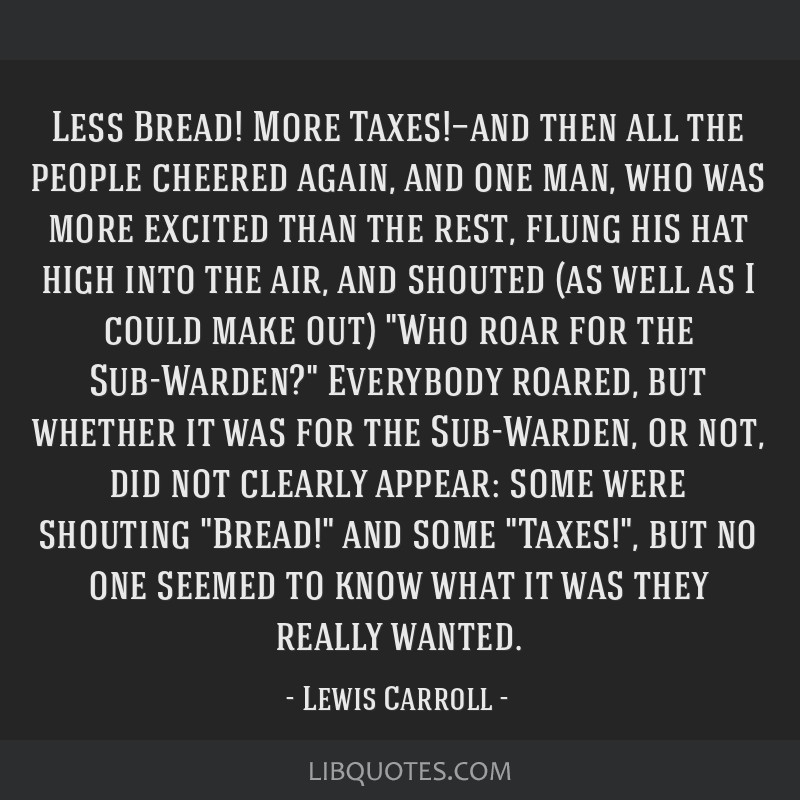 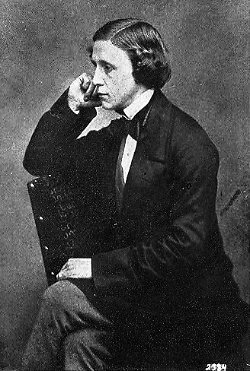