Only the defeat of the proletariat in Germany in 1923 gave the decisive push to the creation of Stalin's theory of national socialism: the downward curve of the revolution gave rise to Stalinism, not to the theory of the permanent revolution, which was first formulated by me in 1905. This theory is not bound to a definite calendar of revolutionary events; it only reveals the world-wide interdependence of the revolutionary process. 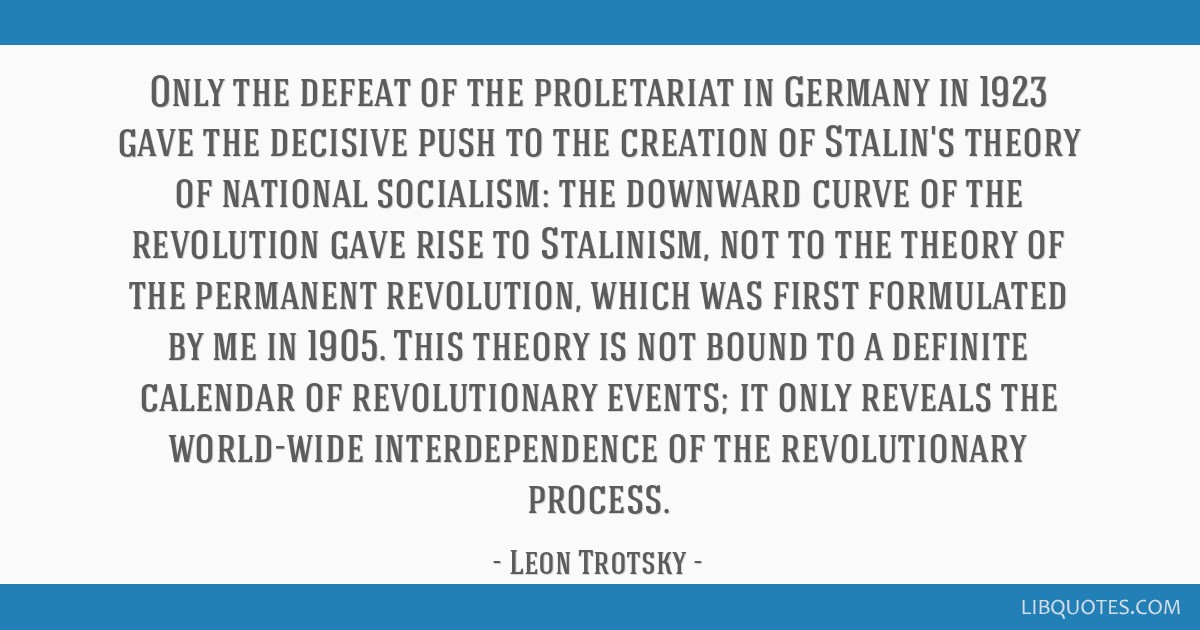 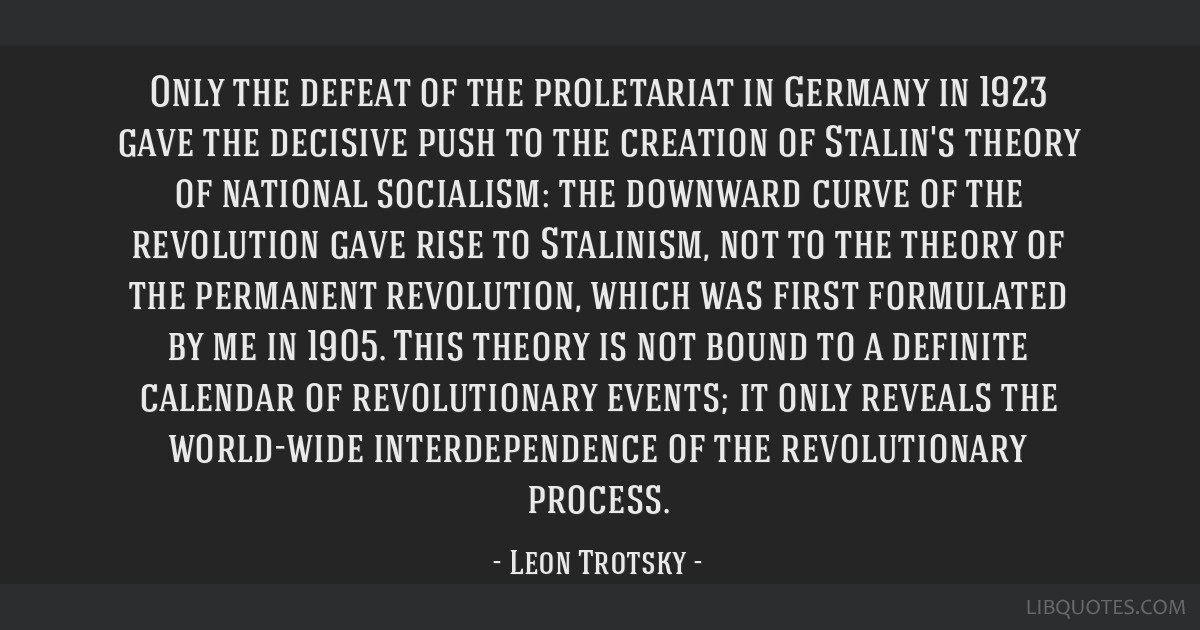 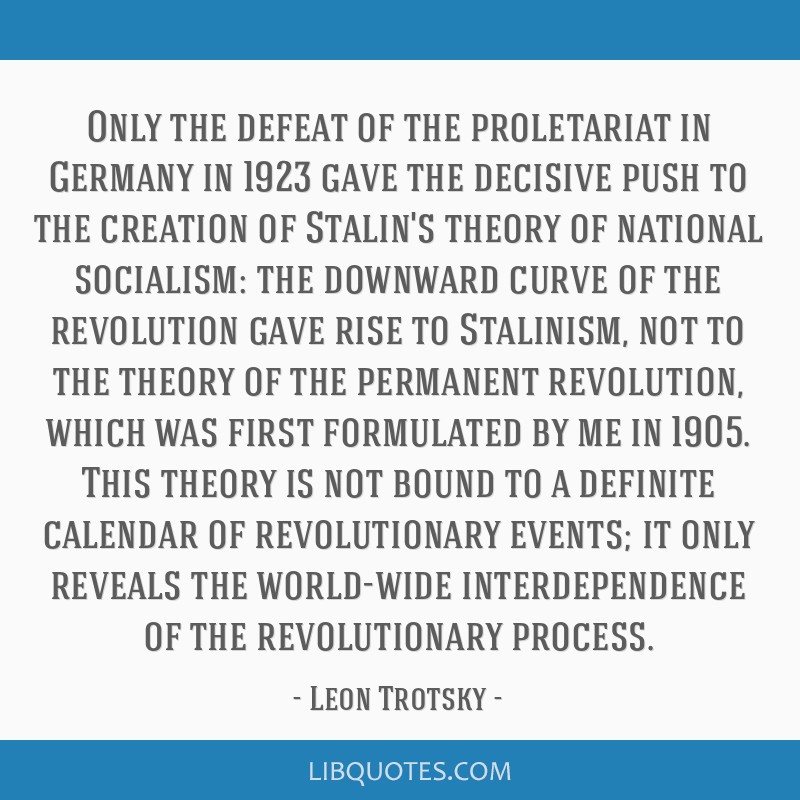 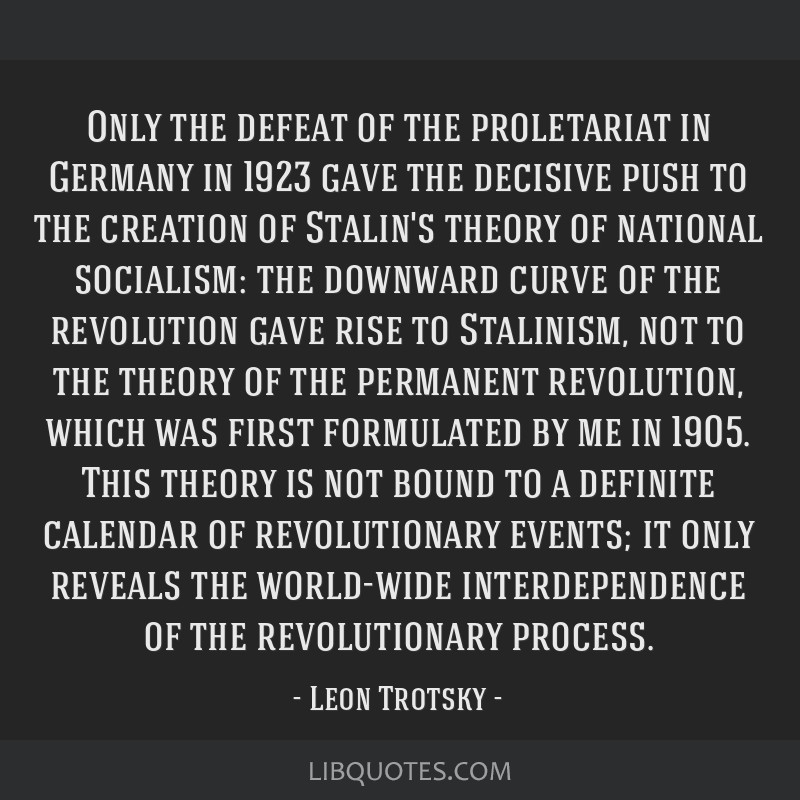 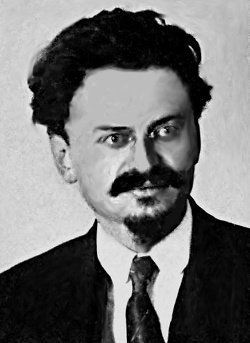