After Plotinus, says Schassler, fifteen centuries passed without the slightest scientific interest for the world of beauty and art.... In reality, nothing of the kind happened. The science of aesthetics … neither did nor could vanish, because it never existed. … the Greeks were so little developed that goodness and beauty seemed to coincide. On that obsolete Greek view of life the science of aesthetics was invented by men of the eighteenth century, and especially shaped and mounted in Baumgarten's theory. The Greeks (as anyone may read in Bénard's book on Aristotle and Walter's work on Plato) never had a science of aesthetics. 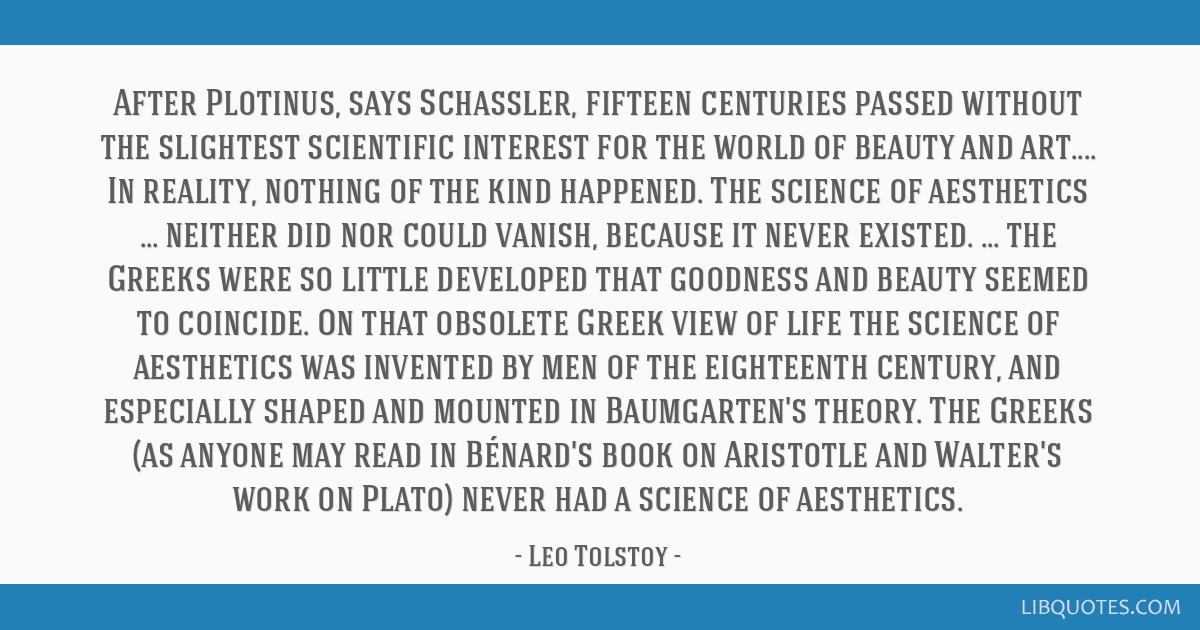 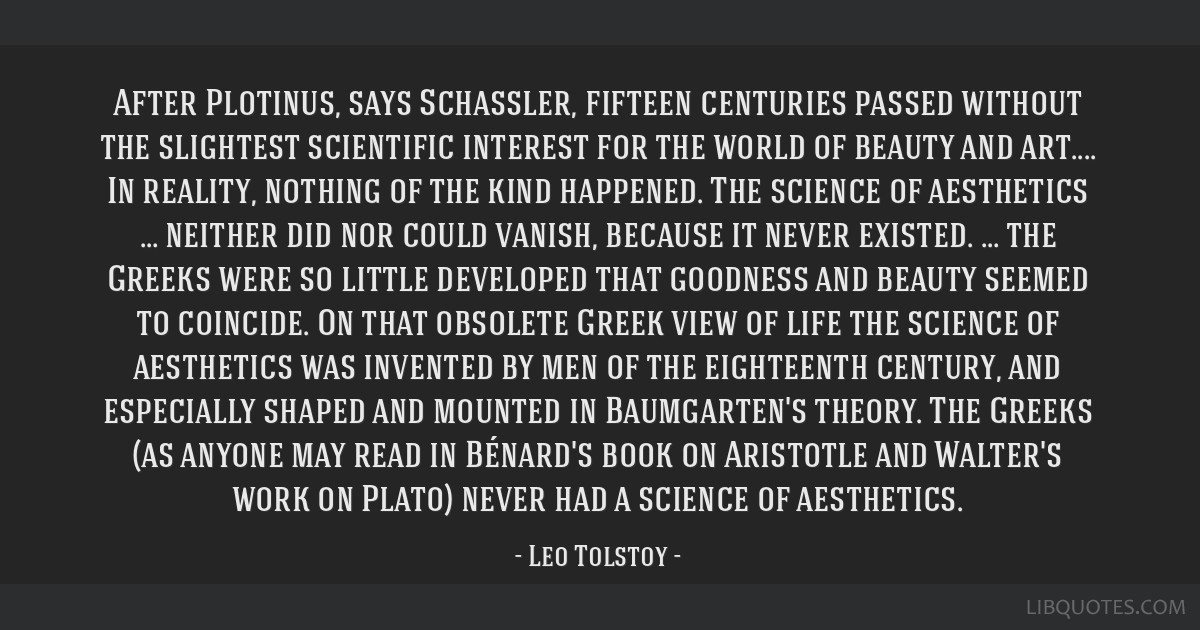 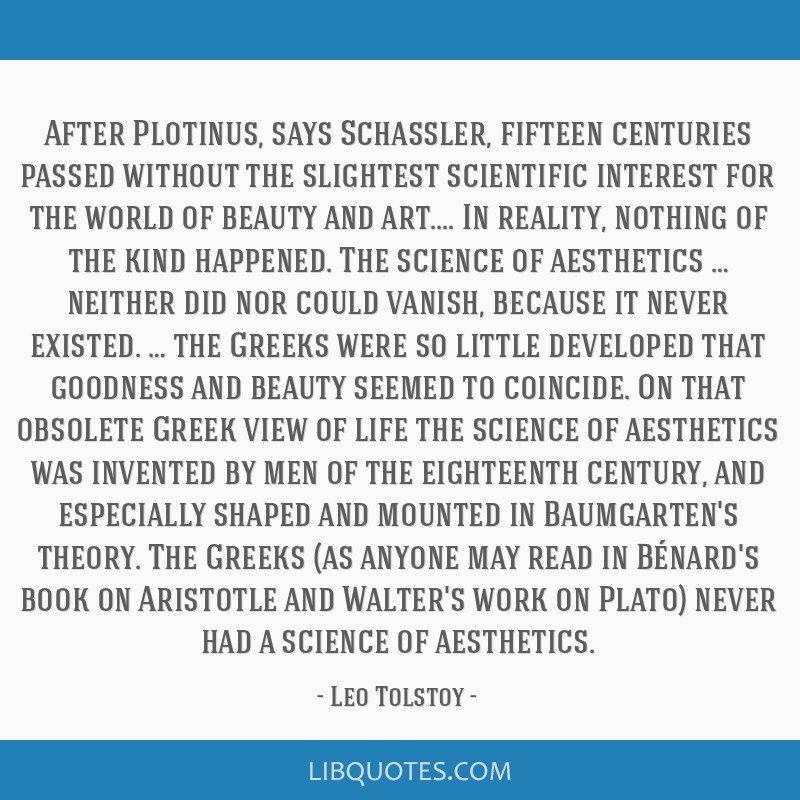 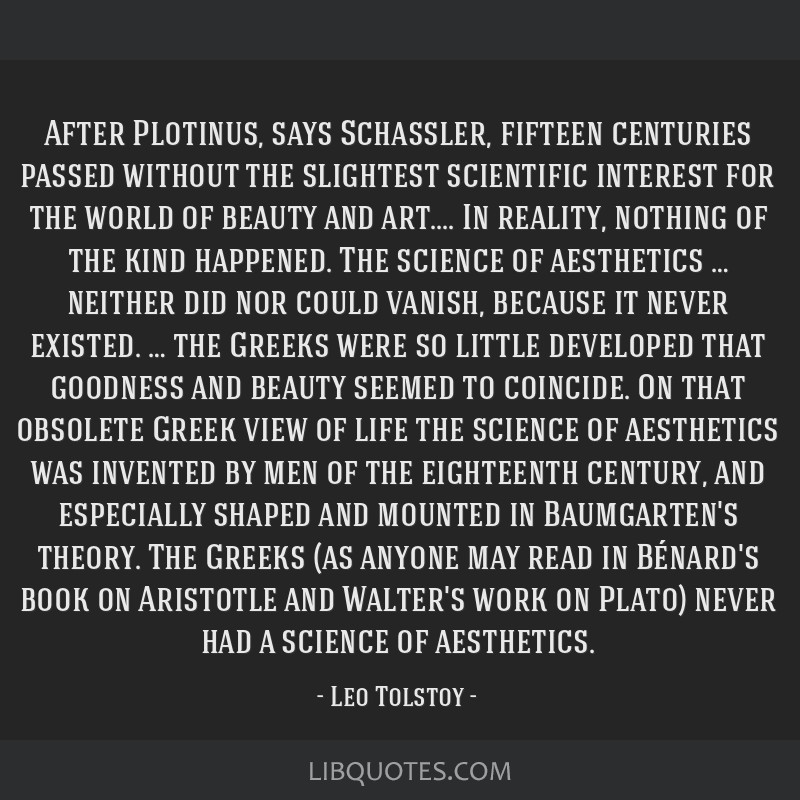