It will be said, "Patriotism has welded mankind into states, and maintains the unity of states." But men are now united in states; that work is done; why now maintain exclusive devotion to one's own state, when this produces terrible evils for all states and nations? For this same patriotism which welded mankind into states is now destroying those same states. If there were but one patriotism say of the English only then it were possible to regard that as conciliatory, or beneficent. But when, as now, there is American patriotism, English, German, French, Russian, all opposed to one another, in this event, patriotism no longer unites, but disunites. 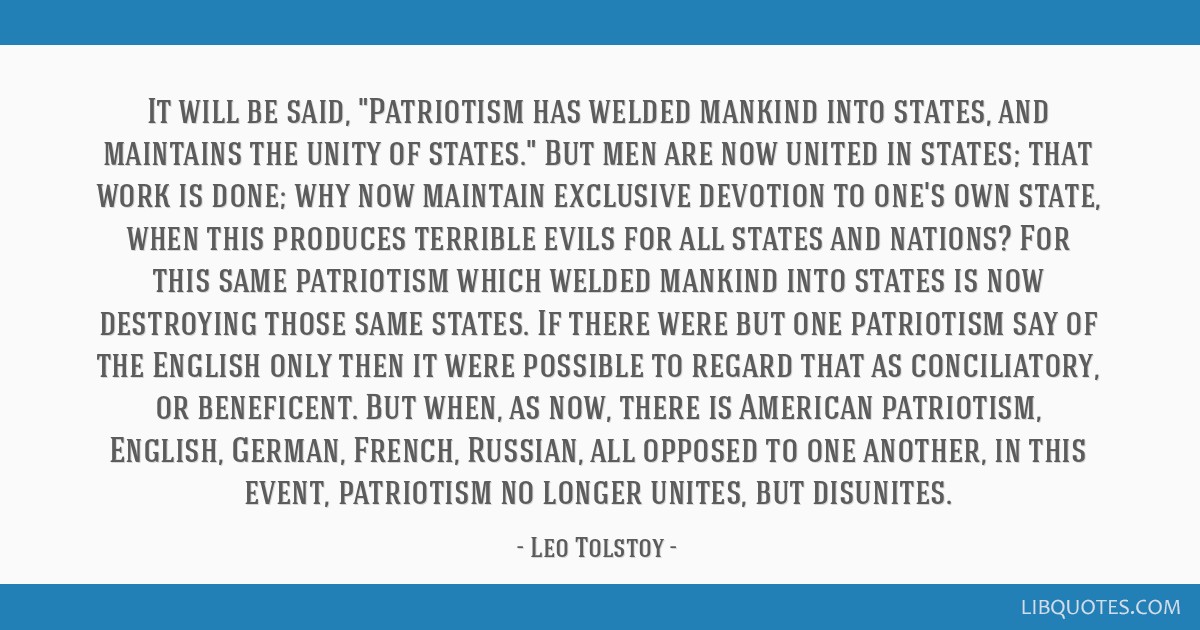 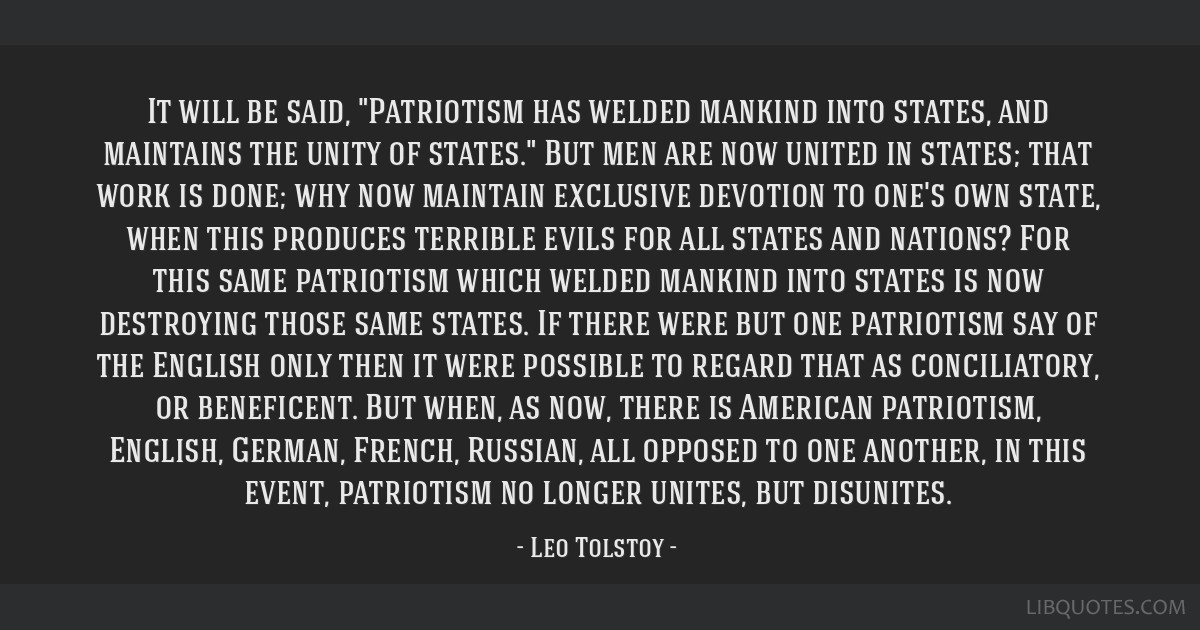 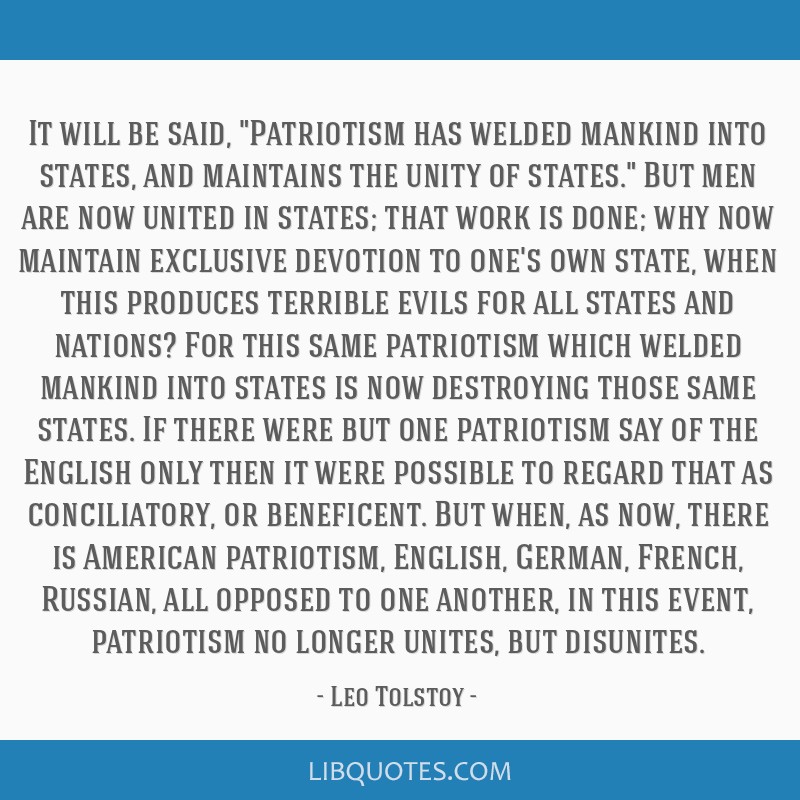 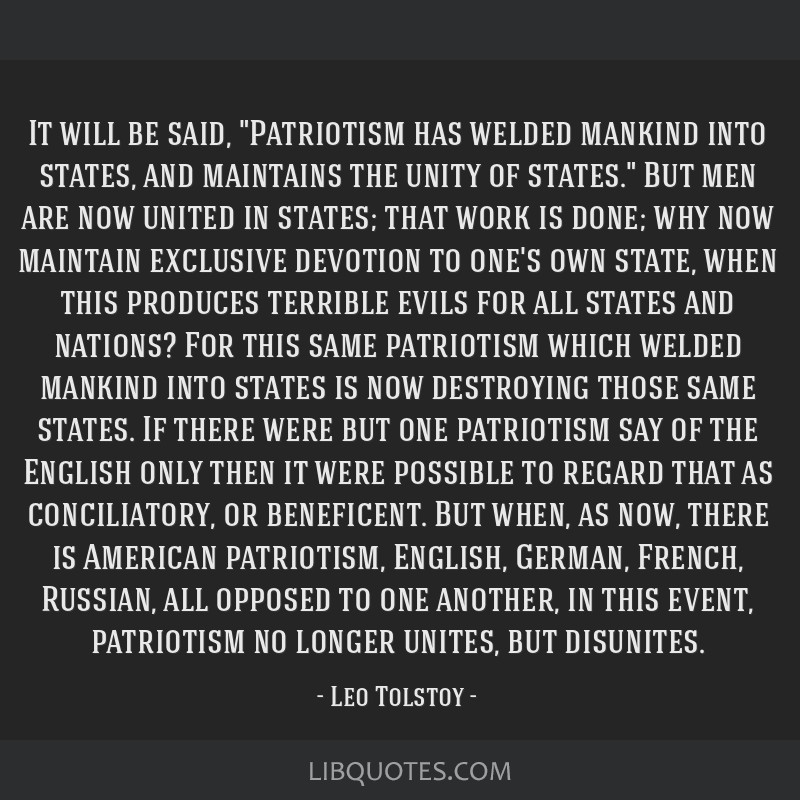