William Lloyd Garrison took part in a discussion on the means of suppressing war in the Society for the Establishment of Peace among Men, which existed in 1838 in America. He came to the conclusion that the establishment of universal peace can only be founded on the open profession of the doctrine of non-resistance to evil by violence (Matt. v. 39), in its full significance, as understood by the Quakers, with whom Garrison happened to be on friendly relations. Having come to this conclusion, Garrison thereupon composed and laid before the society a declaration, which was signed at the time — in 1838 — by many members. 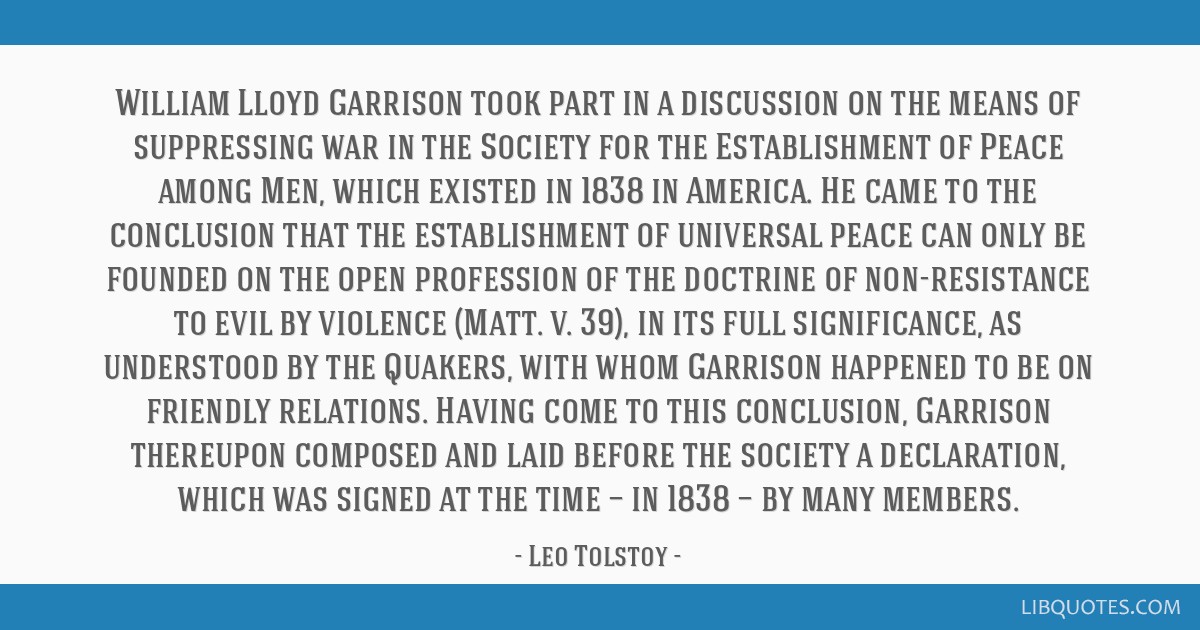 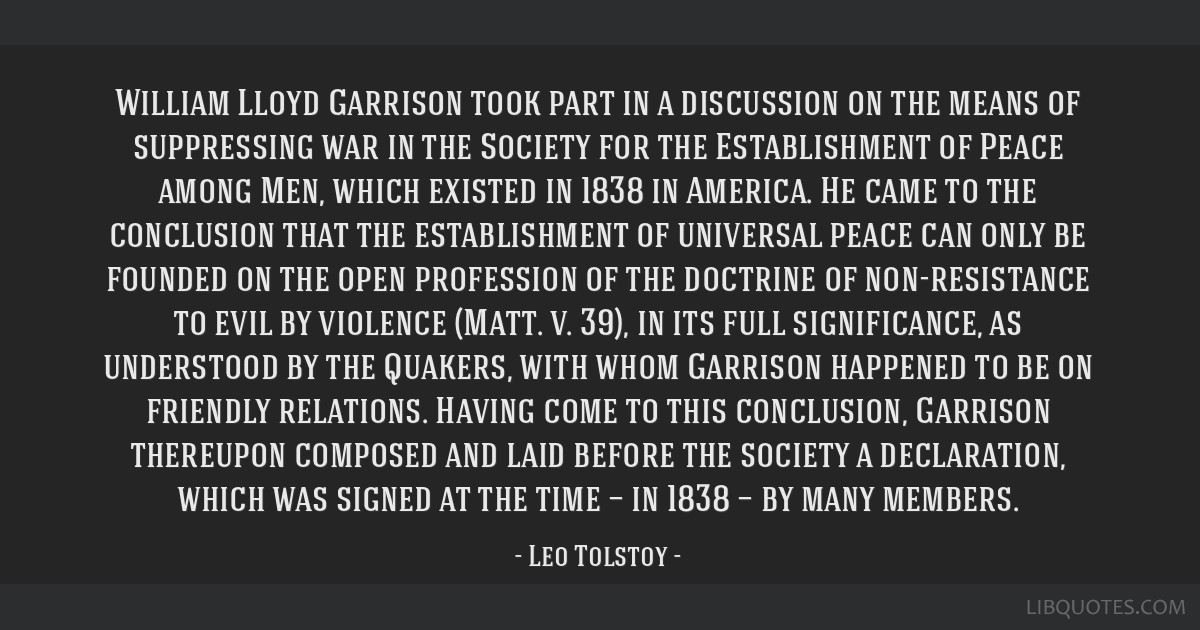 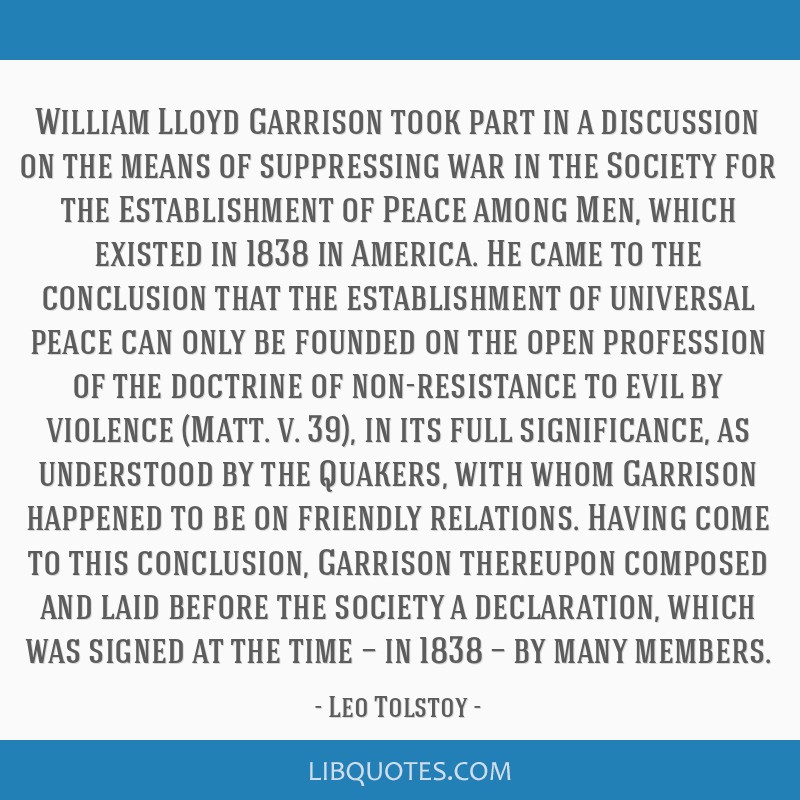 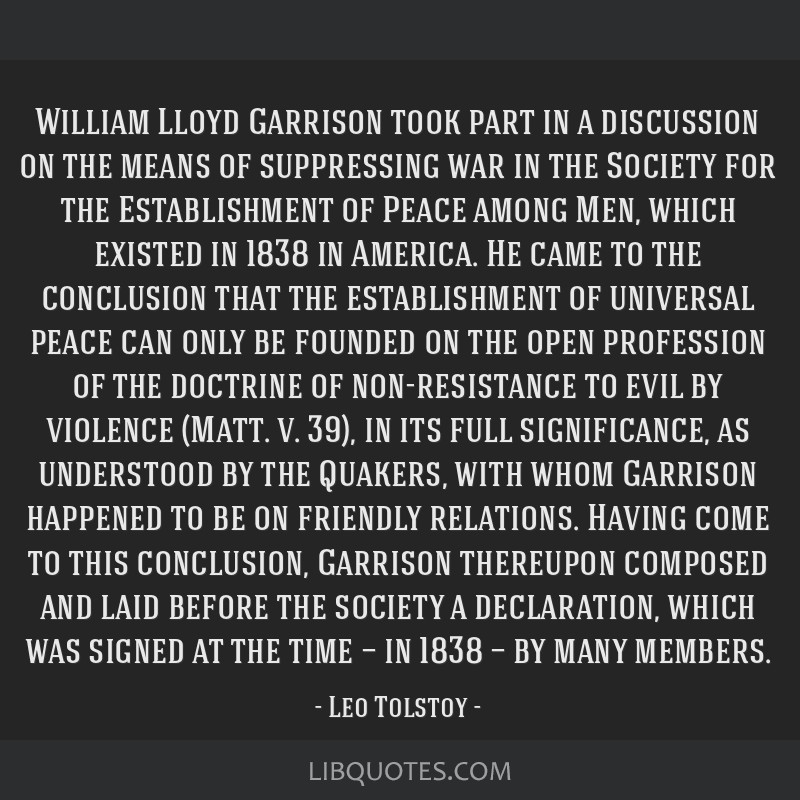