People continued — regardless of all that leads man forward — to try to unite the incompatibles : the virtue of love, and what is opposed to love, namely, the restraining of evil by violence. And such a teaching, despite its inner contradiction, was so firmly established that the very people who recognize love as a virtue accept as lawful at the same time an order of life based on violence and allowing men not merely to torture but even to kill one another. 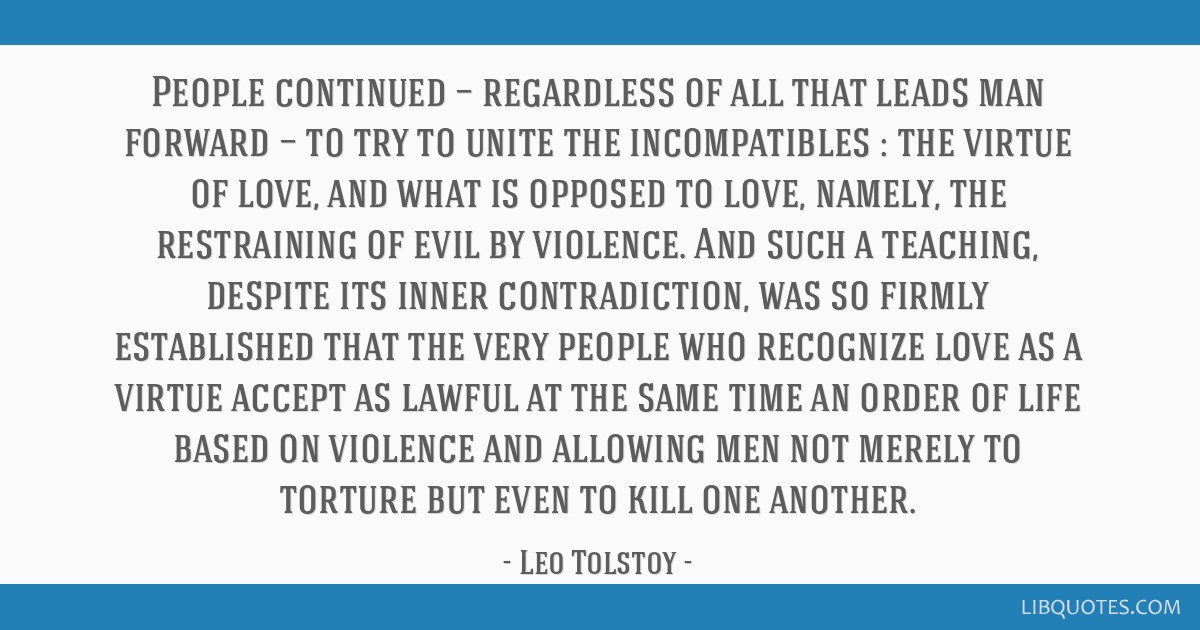 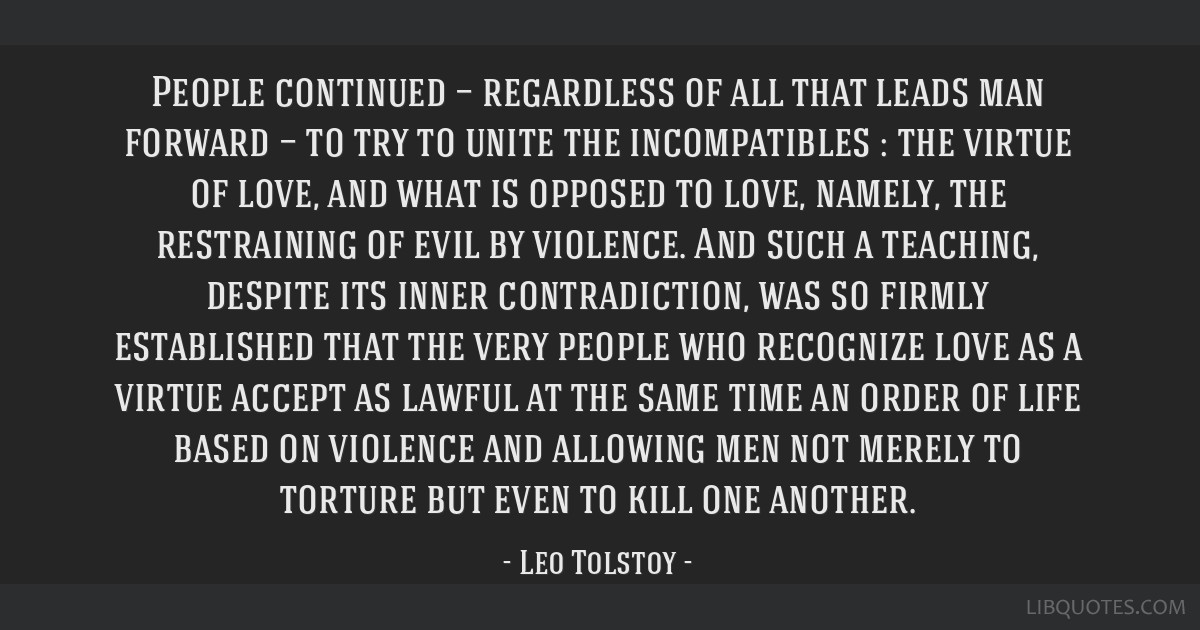 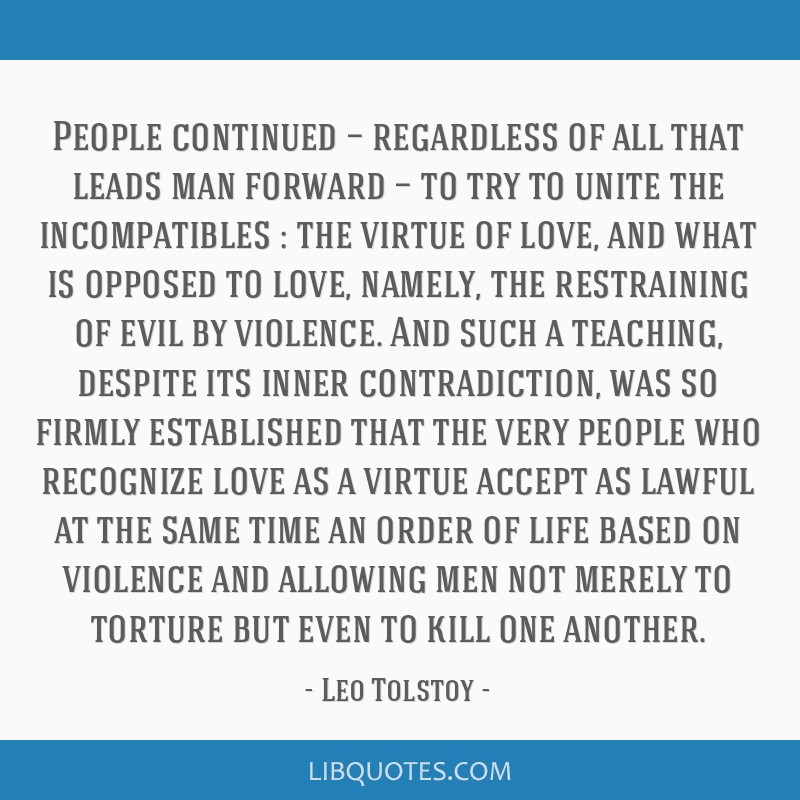 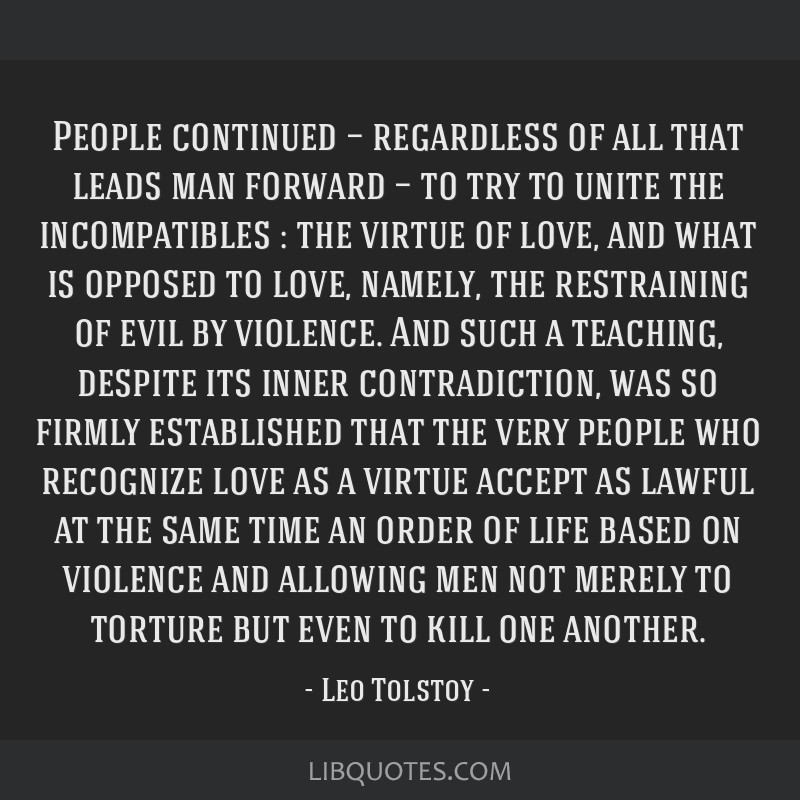