Those attacks upon language and religion in Poland, the Baltic provinces, Alsace, Bohemia, upon the Jews in Russia, in every place that such acts of violence occur—in what name have they been, and are they, perpetrated? In none other than the name of that patriotism which you defend.
Ask our savage Russifiers of Poland and the Baltic provinces, ask the persecutors of the Jews, why they act thus. They will tell you it is in defence of their native religion and language; they will tell you that if they do not act thus, their religion and language will suffer—the Russians will be Polonised, Teutonised, Judaised.

A Reply to Criticisms - Patriotism and Christianity (1896)

Patriotism and Christianity/A Reply to Criticisms 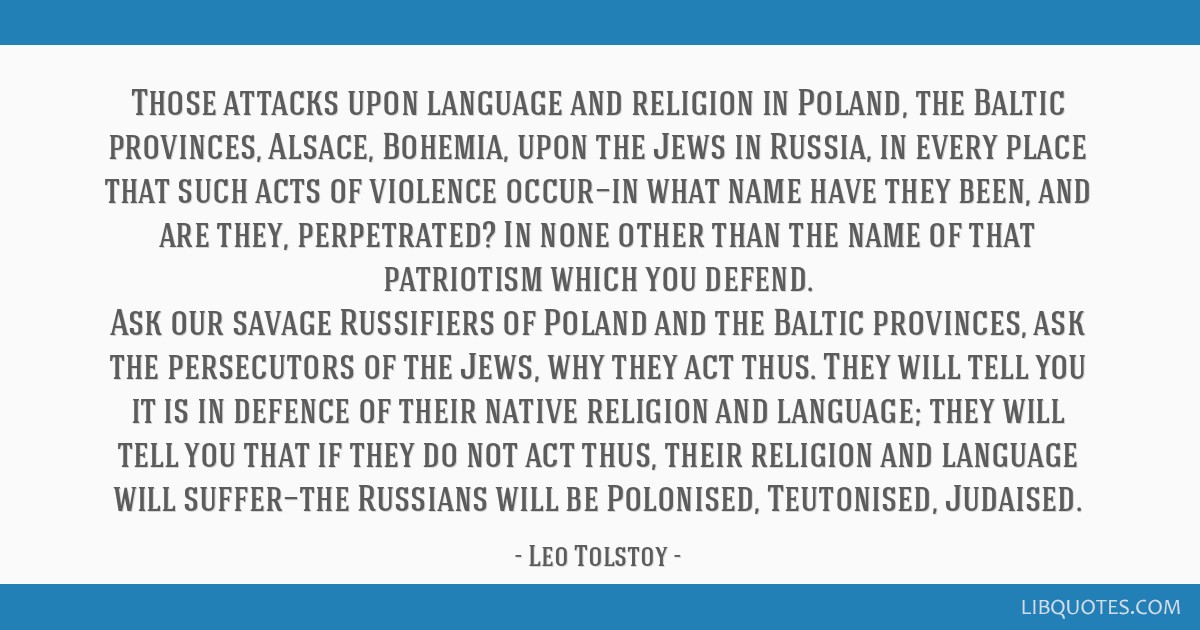 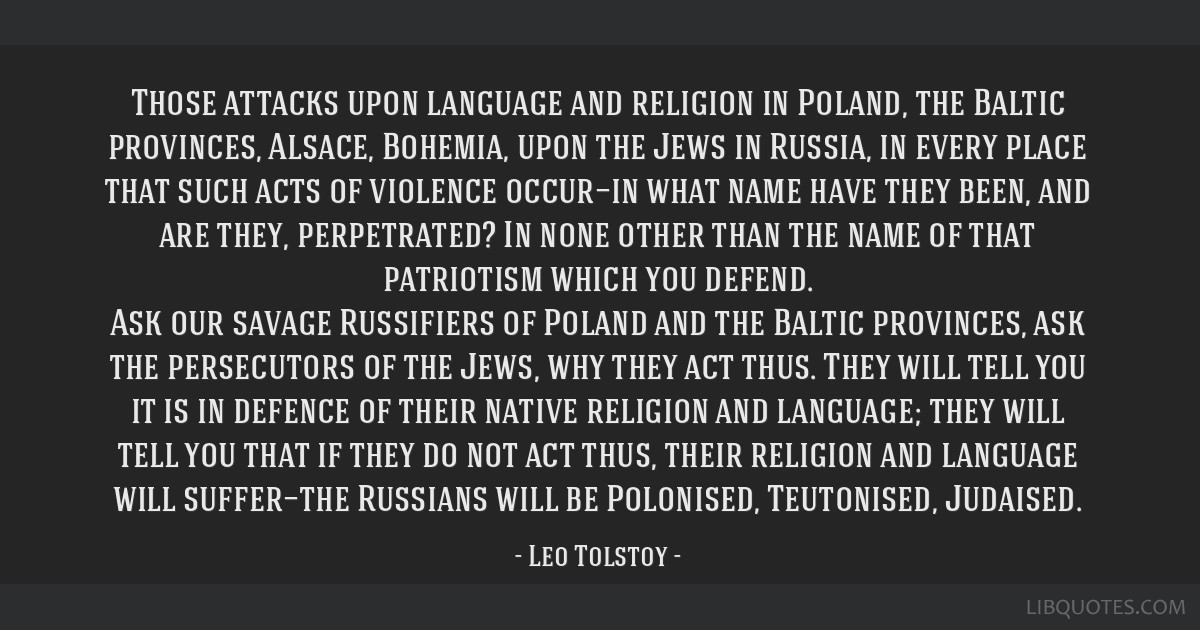 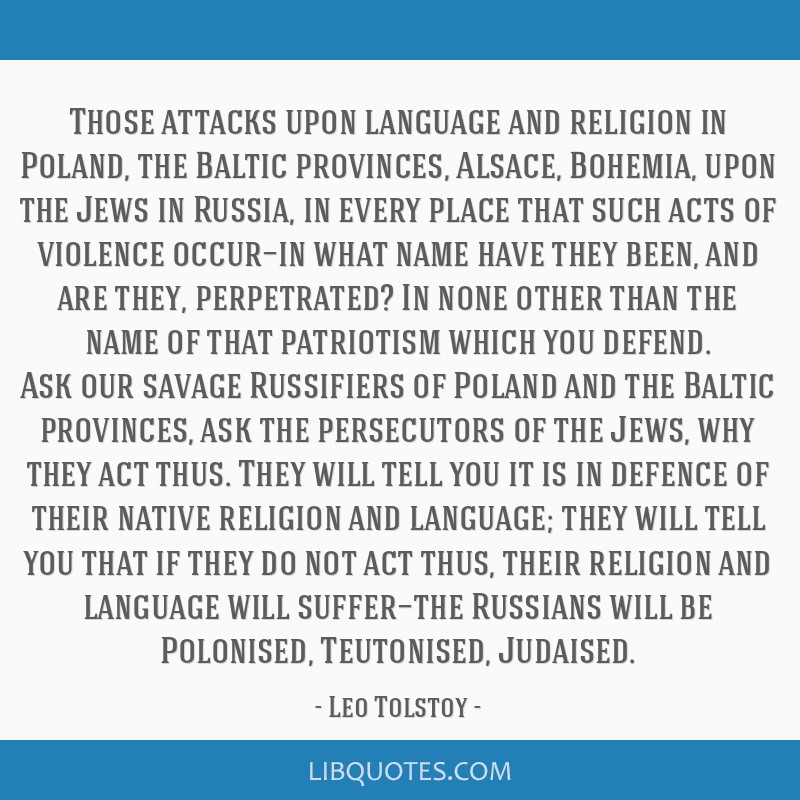 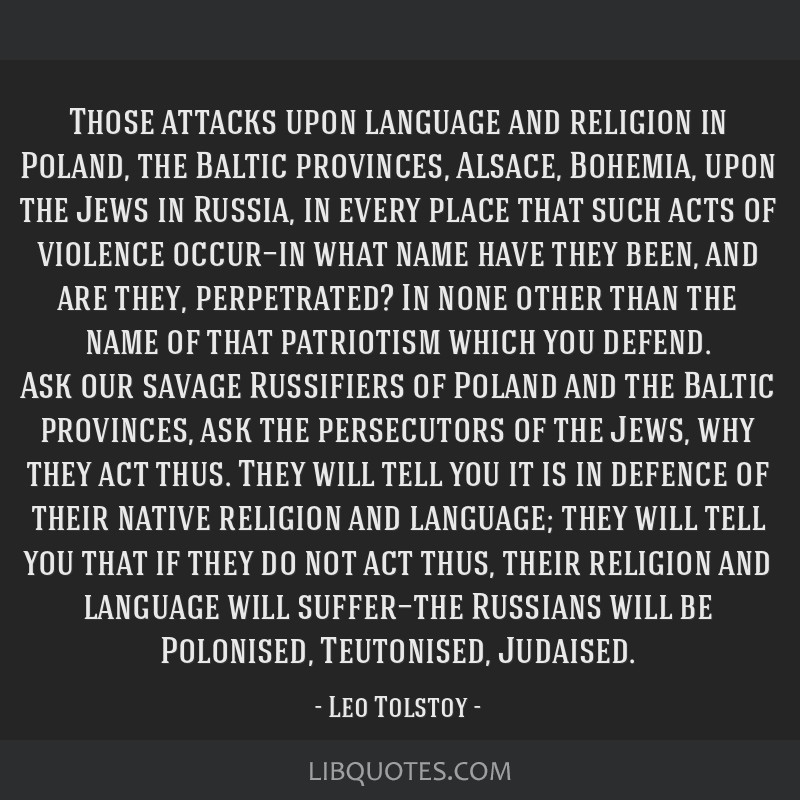