Only a certain probability remains of a one-to-one association of any spatial feature now with a similar feature a moment later. It is sheer luck, in a sense, that any physical apparatus stays put, for the laws of quantum mechanics allow it a finite, though small, probability of dispersing while one is not looking, or even while one is. 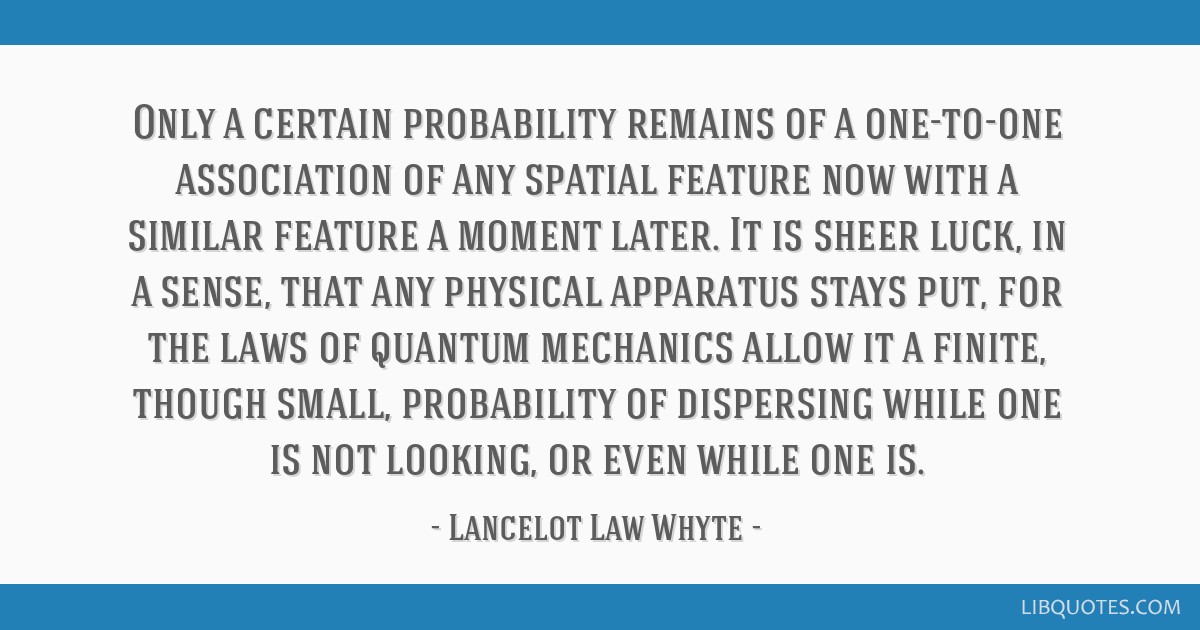 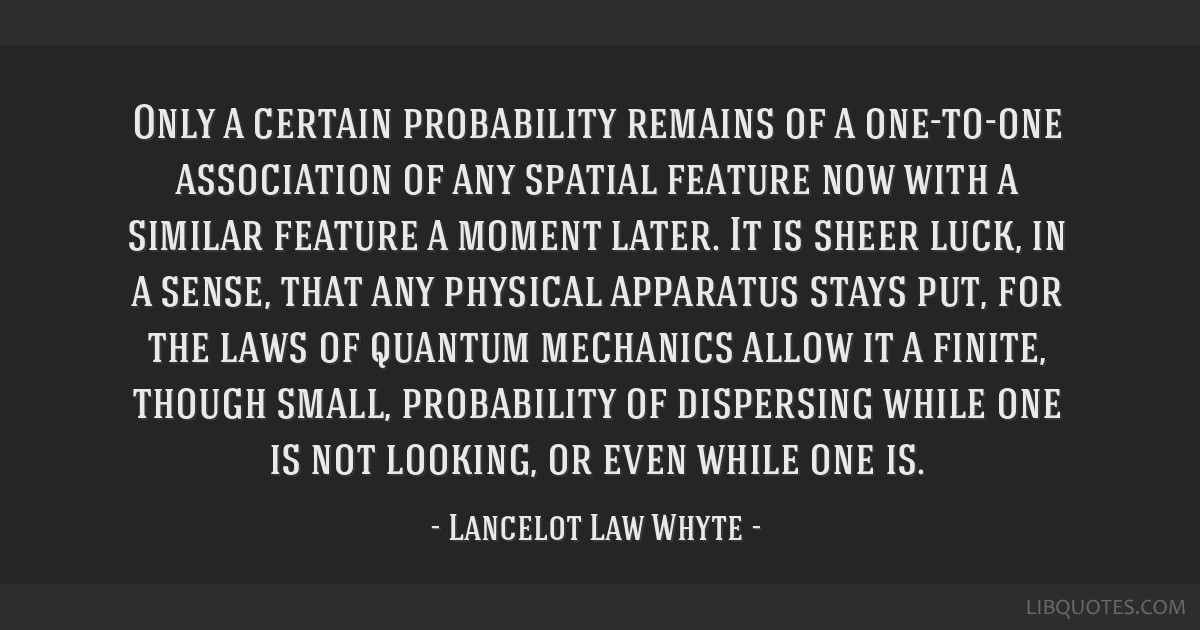 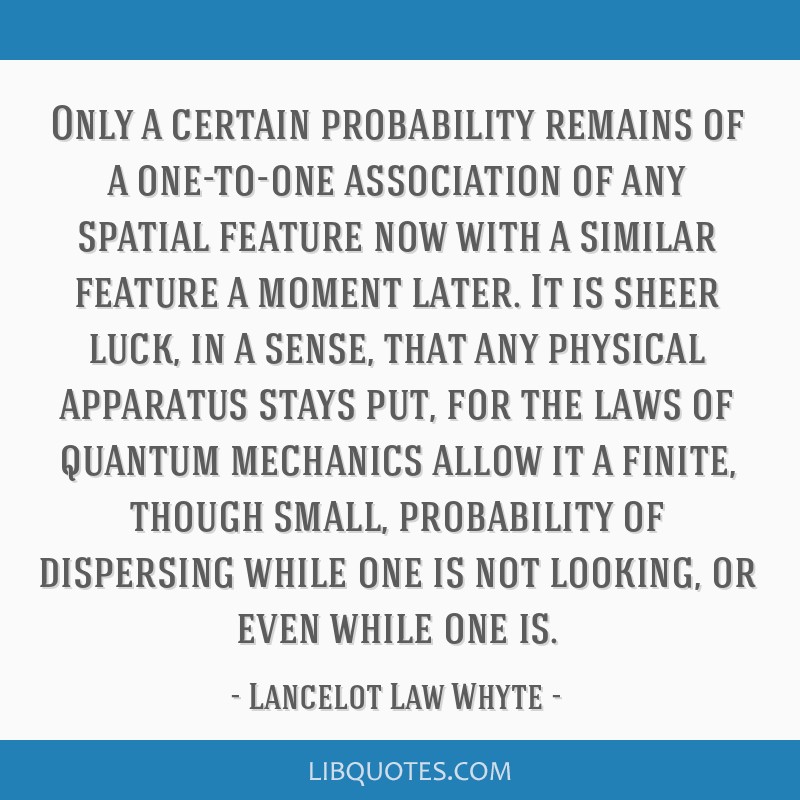 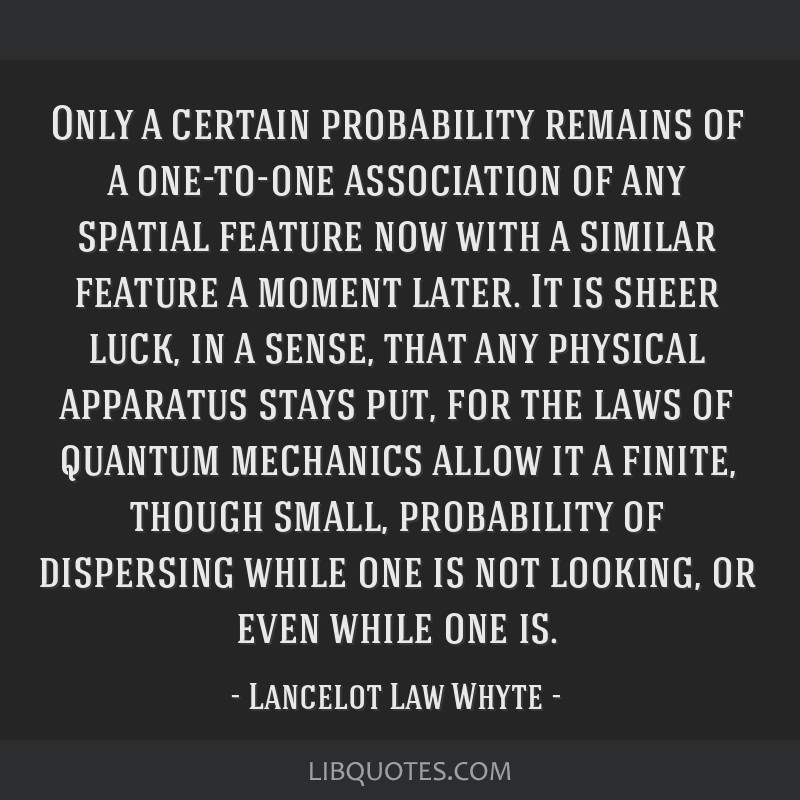